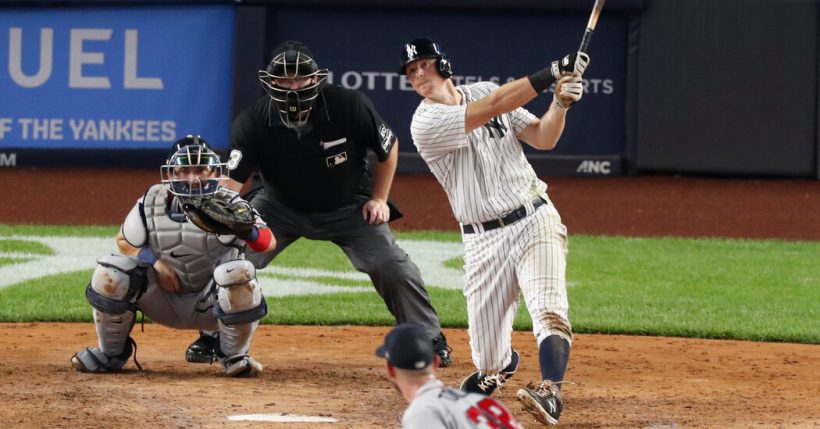 For his second act as a Yankee, D.J. LeMahieu began with a goodbye. Meeting with reporters Thursday to discuss his new six-year, $90 million contract, LeMahieu opened with a statement on Masahiro Tanaka, who announced his departure on Thursday morning.

“Just wanted to mention what a great teammate he’s been, what an impact he’s had on the Yankees and the city,” LeMahieu said over Zoom. “As exciting as it is, I’m disappointed I’m not going to be able to play with him anymore.”

Tanaka returned to Japan to rejoin the Rakuten Golden Eagles, the team he led to a championship in 2013 before signing with the Yankees. He ended a seven-year run in the Bronx with a 78-46 record and two All-Star selections, but no appearances in the World Series.

The Yankees have spent more than $2.2 billion in salaries since their last World Series, in 2009, when they beat the Philadelphia Phillies for their 27th title. Some investments have bombed, like Jacoby Ellsbury; some have been solid, like Tanaka; and some have been overwhelmingly successful, like LeMahieu.

LeMahieu has been the Yankees’ best player in each of the last two seasons, a .336 hitter with the versatility to play at least 60 games apiece at first, second and third base. His first contract with the team — for $24 million over two years — was a steal.

The new deal might not age so well; LeMahieu will be 38 when it ends. But by stretching it to six years, the Yankees kept the annual value to $15 million per season. That is an important consideration if the team hopes to stay under the $210 million payroll threshold to avoid paying Major League Baseball’s heavy penalty.

The players union’s belief that the sport’s luxury tax acts as a de facto salary cap will be a flash point in negotiations on a new collective bargaining agreement. (The current one expires after this season.) In the Yankees’ case, a lack of payroll flexibility has led to some unusual moves.

On Monday they traded an extravagance — Adam Ottavino, one of three Yankees relievers who made at least $9 million per season — to the Boston Red Sox, of all teams. In addressing their glaring weakness, the starting rotation, the Yankees have opted for high risks, high rewards and relatively low investments: Jameson Taillon, acquired from Pittsburgh for four prospects, and Corey Kluber, who signed a one-year deal for $11 million. 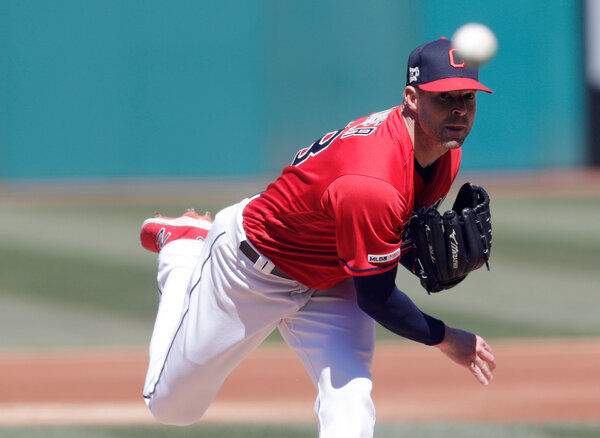 Taillon and Kluber both made seven starts in 2019 before injuries ended their seasons on May 1; Taillon needed Tommy John surgery, and a line drive broke Kluber’s right forearm. Taillon did not pitch last season, while Kluber worked one inning for the Texas Rangers before tearing a muscle in his shoulder.

Taillon has overhauled his mechanics in an effort to stay healthy. Kluber, who was struggling for Cleveland before the line drive, said he had smoothed his delivery, too.

“Now I feel the way I like to feel,” Kluber said in a Zoom call on Thursday. “I feel like I’m able to go out there and throw the ball the way that I did when I was at my best.”

When he is, Kluber, who turns 35 in April, has few peers. With the Indians from 2014 through 2018, he won two Cy Young Awards, finished third in the voting twice and had a 2.85 E.R.A. while annually working at least 200 innings. Only Max Scherzer earned more wins in those seasons, and only Scherzer and Chris Sale had more strikeouts.

So the Yankees have three pitchers with strong recent histories to go with Gerrit Cole, their $324 million leading man. It’s a rosy vision for this time of year, when the best-case scenario is still in play.

“Gerrit is one of, if not the, best pitchers in the league, and Jameson’s had spurts when he’s healthy that he’s right up there with those top-tier pitchers, too,” Kluber said. “Severino, if he’s able to come back healthy, obviously he’s got great stuff and has proven that he can pitch at that extremely high level, too. I know they’ve got some younger guys in the rotation that got a chance to pitch last year that they feel really good about.

“It’s like any rotation, any year — you can feel as good as you want about it in January, February and March, but it’s all about that process of getting through a spring training, getting ready for the season and then hitting the ground running when you do.”

So while Cole and the returning Jordan Montgomery offer predictability, Kluber, Taillon, Severino, Deivi Garcia and the rest present a broad range of possible outcomes. The Yankees could have the best rotation, a broken rotation or something in between. Likewise, the offense depends greatly on Aaron Judge and Giancarlo Stanton, the supersized sluggers who struggle to stay on the field.

Against such a backdrop — imposing and imperfect, in equal parts — LeMahieu is a refreshing exception: a pro in his prime, reliably elite and fiercely motivated.

“We’ve got to get over that hump, and we’re ready,” he said. “I’ve been saying it for two years, but it’s time. That’s just another reason why I wanted to be back. We’ve got some unfinished business.”