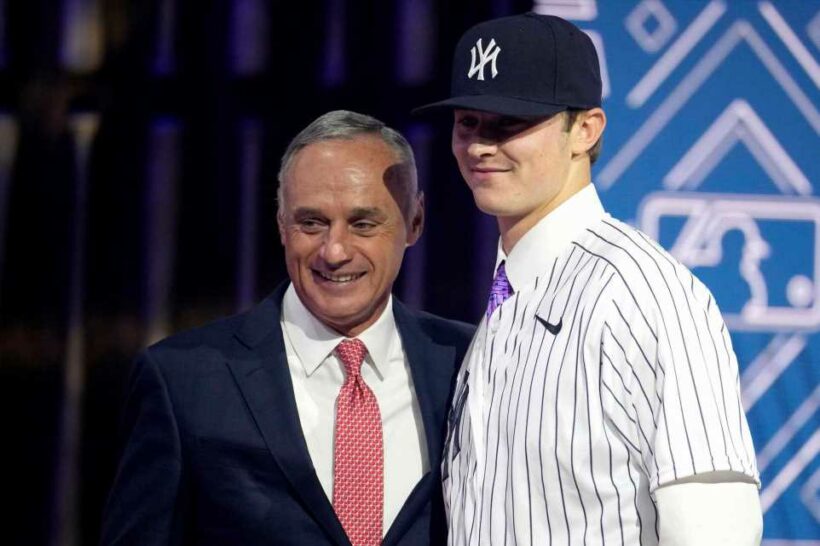 The 20th overall pick played shortstop at Eastern Illinois, but could move to a different infield position in the pros.

Sweeney, a 6-foot-4, 200-pound shortstop, hit .382 with 14 home runs this spring as a redshirt sophomore and was named a first-team All-American.

The lefty-swinging 21-year-old went undrafted out of St. Xavier High School in Louisville before breaking out as the 2021 Ohio Valley Conference Player of the Year.

Sweeney was ranked 55th overall in this year’s draft class by MLB Pipeline, but the Yankees selected him in the first round.

“Yeah, I did see that stuff. I try not to think anything of it,” Sweeney said of the ranking. “The Yankees thought a little bit higher, and I am happy to prove them right and work hard for their organization.”