New Year’s resolutions are tough to stick to, except for one: Watch more television.

Whether it’s prestige drama, water cooler fodder, or the latest weekend binge, the new year is no longer complete without a heaping helping of TV on the horizon. IndieWire already picked 11 shows to look out for in 2023, but that’s hardly enough for the voracious viewer. Here are 10 new and old shows coming only to Netflix in 2023 — all of which we intend to devour.

“The Witcher” has always been popular, but Season 3 carries the added weight of being the last with Henry Cavill as Geralt of Rivia, before Liam Hemsworth takes over the role. Showrunner Lauren Hissrich won’t reveal how Season 3 will adapt Andrzej Sapkowski’s text, but fans know the Wild Hunt is coming after Ciri Freya Allan) had a vision of it in Season 2. “There’s so much to do that we were able to stick really, really closely with the books,” Hissrich told Entertainment Weekly about adapting Season 3 from “Time of Contempt.”

Another spinoff of a beloved Netflix property, “XO, Kitty” shifts focus from Lara-Jean (Lana Condor) to little sister Kitty (Anna Cathcart) from the “To All the Boys” series. Kitty takes credit for mailing the letter that found here sister the love of her life, but this 10-episode series explores her own romantic awakenings with long-distance boyfriend Dae (Choi Min-young). Sascha Rothchild serves as executive producer along with “To All the Boys” author Jenny Han. Ever since it premiered on Lifetime in 2018 and found new life streaming on Netflix, “You” has evolved into a masterful satire on liberal entitlement and toxic masculinity, with Penn Badgley’s surly romantic murderer at the center. Joe (Badgley) heads across the pond for Season 4, chasing after Marianne (Tati Gabrielle) but caught in all manner of new entanglement as he masquerades as an English professor. The new cast includes Amy Leigh Hickman, Lukas Gage, Ed Speleers, and more. We can’t wait to say hello again, you.

With “Bridgerton” Season 3’s release date still unconfirmed, fans’ next foray into Shonda Rhimes and Julia Quinn’s world will be with “Queen Charlotte,” a prequel centered around the titular monarch. Golda Rosheuvel reprises her “Bridgerton” role, as do Adjoa Andoh, Ruth Gemmell, and Hugh Sachs. India Amarteifio, Arsema Thomas, and Connie Jenkins-Greig join as young Charlotte, Danbury, and Violet, respectively. Little else is known about the eight-episode series, but we expect the ton will be atwitter in no time… 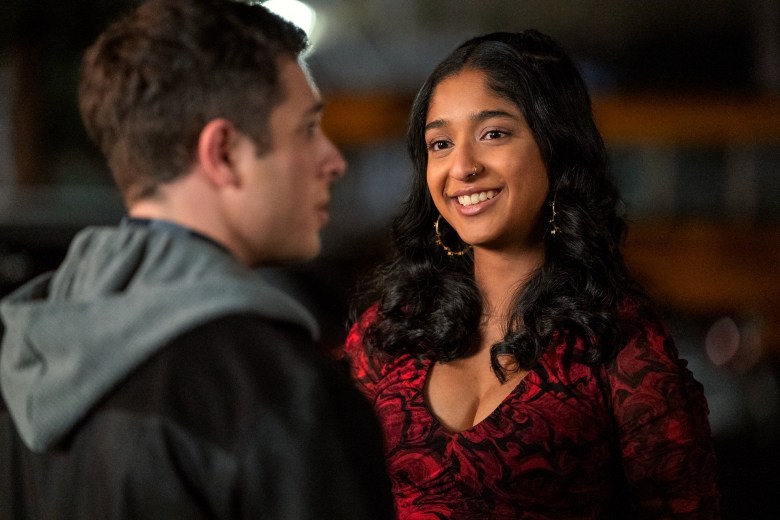 “Never Have I Ever”

The final season of Mindy Kaling and Lang Fischer’s teen rom-com approaches, with Devi (Maitreyi Ramakrishnan) now entering her senior year. Less important is the question of her romantic future — though Michael Cimino has been cast as a possible romantic foil to Jaren Lewison’s Ben and the now-graduated Paxton (Darren Barnet) — than how Devi will continue to process her father’s (Sendhil Ramamurthy) death and evolving relationship with mother Nalini (Poorna Jagannathan).

Listen, we know what happens, but since when has that stopped voracious viewers from salivating over a new season about the latest British monarchy? The first season to be produced since the death of Queen Elizabeth II may or may not affect Peter Morgan’s royal drama, but it will hover over Season 6 just as her ongoing reign was inextricable from Seasons 1-5. Morgan has stated in the past that “The Crown” won’t run up to the ongoing developments with Prince Harry, Meghan Markle, and the Firm, but when and how the series will conclude is still a mystery.

Alice Oseman’s joyful teen drama returns with Charlie (Joe Locke), Nick (Kit Connor), and the rest of the gang navigating friendship, love, and their individual queer journeys. Season 1 covered the first two installments in Oseman’s web comic and graphic novel, which has five Volumes in total (and might not stick to adapting two per season). Jack Barton, Nima Taleghani, and Leila Khan join the cast for Season 2. 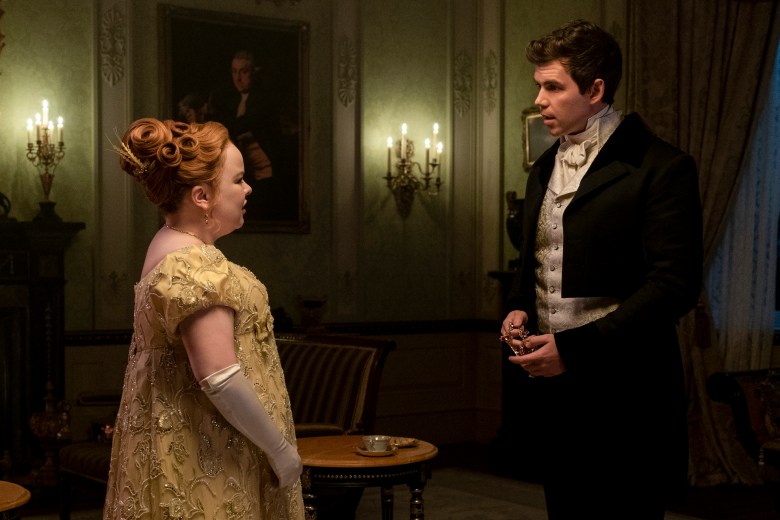 While Julia Quinn’s third “Bridgerton” novel focuses on second brother Benedict (Luke Thompson), the third season of “Bridgerton” will finally turn its attention to Colin (Luke Newton) and Penelope (Nicola Coughlan). Fast friends since the series began, these two never quite explored the potential of their relationship, mostly because Pen was madly in love with him and Colin takes her spectacularly for granted while openly pursuing other women. Rom-coms love a redemption arc, so the allure of Season 3 will be seeing how exactly head writer Chris Van Dusen and his team get viewers to root for this couple, and Colin specifically. He’s already got one unlikely ally in Lady Whistledown herself.

Less is known about “Squid Game” Season 2 than has already been written in this blurb. Season 1 left viewers with the identity of the game master (?) and return of the man in the suit, which means the game is still going and Gi-hun (Lee Jung-Jae) won’t stand for it. Armed with his knowledge of the game master (and a head of scarlet hair, ostensibly), Gi-hun Is on a mission to find and destroy the Squid Game — even if he might not survive.

Nothing hits quite like a plane crash sci-fi/mystery. The ABC drama renewed by Netflix will return for its final 10 episodes, picking up with the Stone family amidst the devastating losses of Grace (Athena Karkanis) and Eden (Paisley Herrera). The life boat is under close surveillance and Ben (Josh Dallas) can’t protect it — from the government or from what the world doesn’t know about Flight 828.