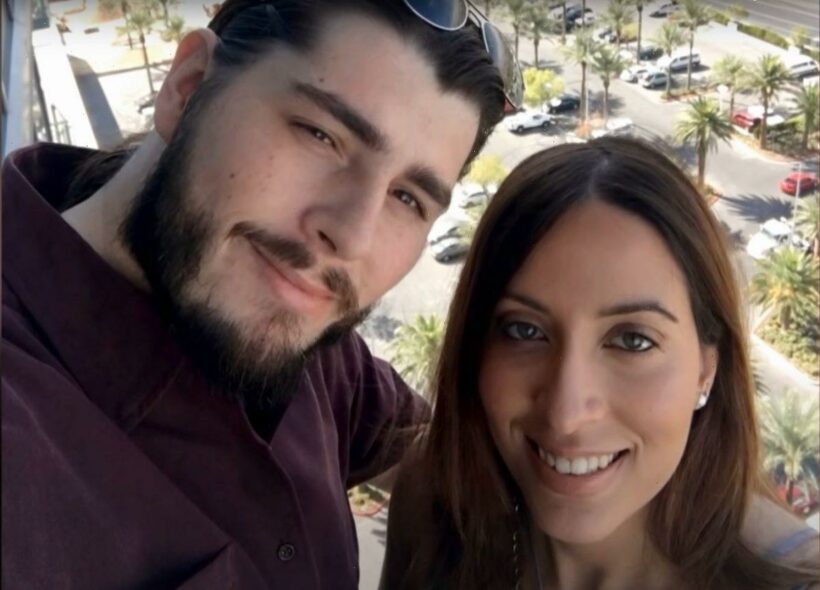 90 Day Fiancé star Andrew Kenton is spilling some major tea now that season 8 has wrapped. In a new interview, Andrew has revealed what happened when he asked Amira Lollysa for the engagement ring back. He also called his ex a “prude,” and revealed which TLC star he’d like to date next.

The ’90 Day Fiancé’ star has been telling all on Instagram

Season 8 of 90 Day Fiancé is in the books, and both Andrew and Amira recently appeared on the Tell-All. But, Andrew wasn’t able to confront Amira like he wanted to. And fans were left with a lot of questions about what went down between the former couple. This was a bit of a surprise, considering Andrew has been “telling it all” on Instagram for weeks.

One of the biggest mysteries was what happened when Andrew asked for his ring back after Amira went to France. Neither one addressed that in the Tell-All. But in a new interview, Andrew has finally shared the details.

During an appearance on The Domenick Nati Show, Andrew revealed that the ring cost a whopping $7,000. He recalled telling his ex that since their relationship was over, he wanted the ring back so he could recoup some of the money he spent on her during their relationship.

According to Andrew, he spent about $30-$40K on lavish vacations, the ring, and Amira’s vis. But, Amira demanded “ransom” before she agreed to send the ring back to him in America. He laughed about the fact that his ex demanded $200 to $300 worth of makeup.

“She wanted Kim Kardashian West makeup, and so I put it all in a big package and sent it to her and she sent me the ring,” Andrew revealed.

Andrew also dished on his sex life with Amira, and he says she wasn’t a “freak” or “kinky.” He went even further, calling his ex “a bit on the prudish side.”

Andrew also claims that Amira “most certainly” cheated on him when they were together. He says she would constantly talk to men in prison and send them money.

Because of her affection for prison inmates, the 90 Day Fiancé star laughed at the idea of Amira appearing on Love After Lockup. He said the idea of a crossover is “not impossible” because the same company produces both reality shows.

Now that his relationship with Amira is over, Andrew has moved on. He says he had a relationship with a girl from Brazil for a short period of time. But, it quickly ended because 90 Day Fiancé caused a lot of drama and jealousy.

At the moment, Andrew is single. But he knows who he’d like to date if he had a shot with someone else in the 90 Day Fiancé franchise.

Andrew says that Stephanie Matto is “great,” and he also mentioned Avery Warner. One person who’s not on his potential dating list, though, is Deavan Clegg.

Fans will recall that it was Andrew who pushed Amira into going to Mexico, and then her detention and deportation. But he says that’s not what really happened. According to Andrew, the reason Amira never got on the plane wasn’t the pressure to have children.

Andrew says that the truth is Amira found a talent agent in Serbia. He says he got a call from production on the day she was supposed to get on the plane and go to California, and he was told that she was demanding more money.

He says it was obvious it wasn’t “love” anymore, and instead she was searching for fame. Andrew also claims that Mexico was Amira’s idea and he never ghosted her.

90 Day Fiancé is currently on hiatus.