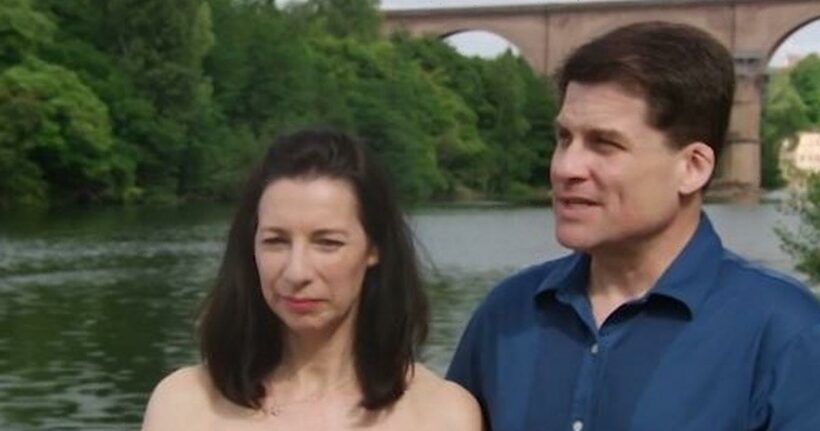 A Place in the Sun viewers were left stunned after a couple laid out their big expectations for a £90,000 holiday home in France.

Channel 4 presenter Laura Hamilton was tasked with finding Nat and Ruth their dream holiday home in Tarn, southwest France with multiple bedrooms and the need for minimal work.

The couple chose the location, which is an hour's drive from Toulouse airport, as they have a love of quaint villages and beautiful scenery.

READ MORE: A Place In The Sun's Danni Menzies shows off flexibility as she shimmies up rope

Describing their dream property, Nat said: "We want something that's cute and quaint and charming, with some old-world character that doesn't need a lot of updating.

"But we want something that feels French."

The couple agreed that some decorating is okay as they gave Laura their 'sweet spot' budget of £90k with wiggle room up to £10k to £15k higher.

However, viewers didn't hold out much hope for the pair as they took to Twitter stunned by what they wanted for such a small budget.

One viewer wrote: "He's moaning that he has to do some work. Remind me of his budget again?"

A third, who tuned in late, said: "I missed the budget… based on the last 2 houses I'm guessing it can't be much!"

Laura showed Nat and Ruth five properties and in the end, declined to put in an offer on any of them.

But Ruth held out high hopes for the future of the property search as she said they would return to continue their search "with fresh eyes."

A Place In The Sun airs on Channel 4

For the latest breaking news stories and incredible tales from the Daily Star, sign up for our newsletter by clicking here