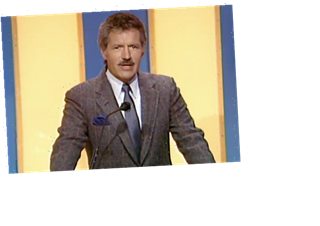 With Alex Trebek‘s last Jeopardy! episode just hours away, the game show on Friday released the on-air tribute that will close out the late host’s final broadcast.

At the top of Trebek’s first of five final Jeopardy! episodes on Monday, the beloved icon delivered a posthumous message to viewers about the victims of the COVID-19 pandemic. “This is the season of giving,” Trebek said. “I know you want to be generous with your family, your friends, your loved ones. But today I’d like you to go one step further. I’d like you to open up your hands and open up your heart to those who are still suffering because of COVID-19 — people who are suffering through no fault of their own. We’re trying to build a gentler, kinder society. If we all pitch in just a little bit, we’re gonna get there.”

Originally slated to air the week of Christmas, Trebek’s final five Jeopardy! episodes were rescheduled for this week.

Trebek, who died on Nov. 8 after a nearly two-year battle with pancreatic cancer, shot his final Jeopardy! episodes in late October.