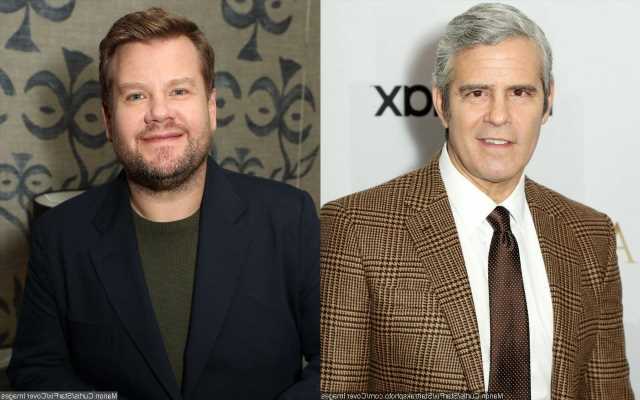 The Bravo executive producer brings up the allegation when appearing on the ‘Table for Two with Bruce Bozzi’ podcast in which he also admits that he felt left out among the other late night television hosts.

AceShowbiz –Andy Cohen has accused James Corden of copying the “Watch What Happens Live” set for “The Late Late Show with James Corden“. The Bravo executive producer brought up the allegation when appearing on the “Table for Two with Bruce Bozzi” podcast.

When Andy said, “James Corden kind of wound up,” Bruce interrupted by saying, “Ripping off your set.” Co-signing the statement, Andy then quipped back, “There you go… I am so glad we’re still going. That [the show] is, like, great, copy my set … go with God.”

“Years ago, there was a big photoshoot that Vanity Fair did of all of the late night talk show hosts and they left me out of it,” he further elaborated. “But they added in James Corden who wasn’t even on the air yet and Trevor Noah who had just started.”

However, the magazine editor Graydon Carter has reportedly apologized to Andy. “Graydon later said, ‘You know what, you were right, you should’ve been in that,’ ” the executive producer of the “Real Housewives” franchise recalled.