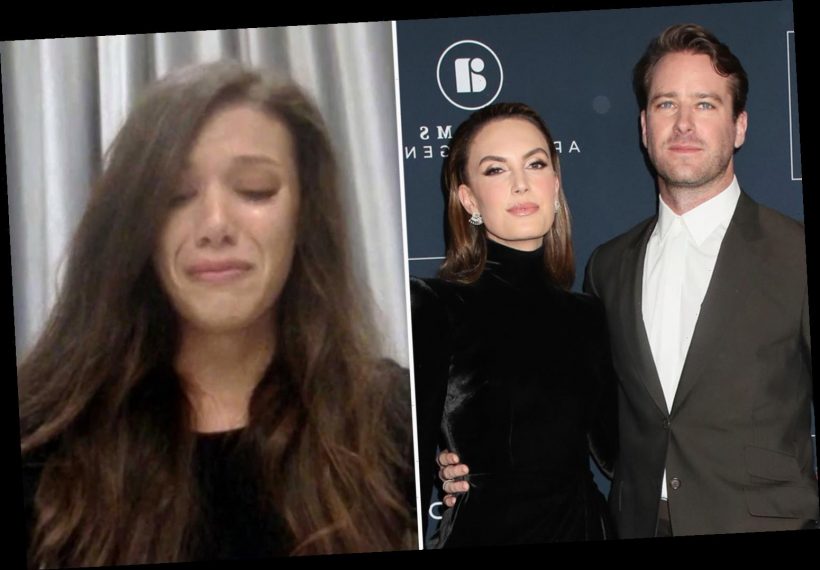 ARMIE Hammer's estranged wife Elizabeth Chambers is "horrified" by claimed he raped and beat a woman.

The disgraced actor, 34, was accused of raping a 24-year-old woman named Effie for four hours and of slamming her head against a wall. 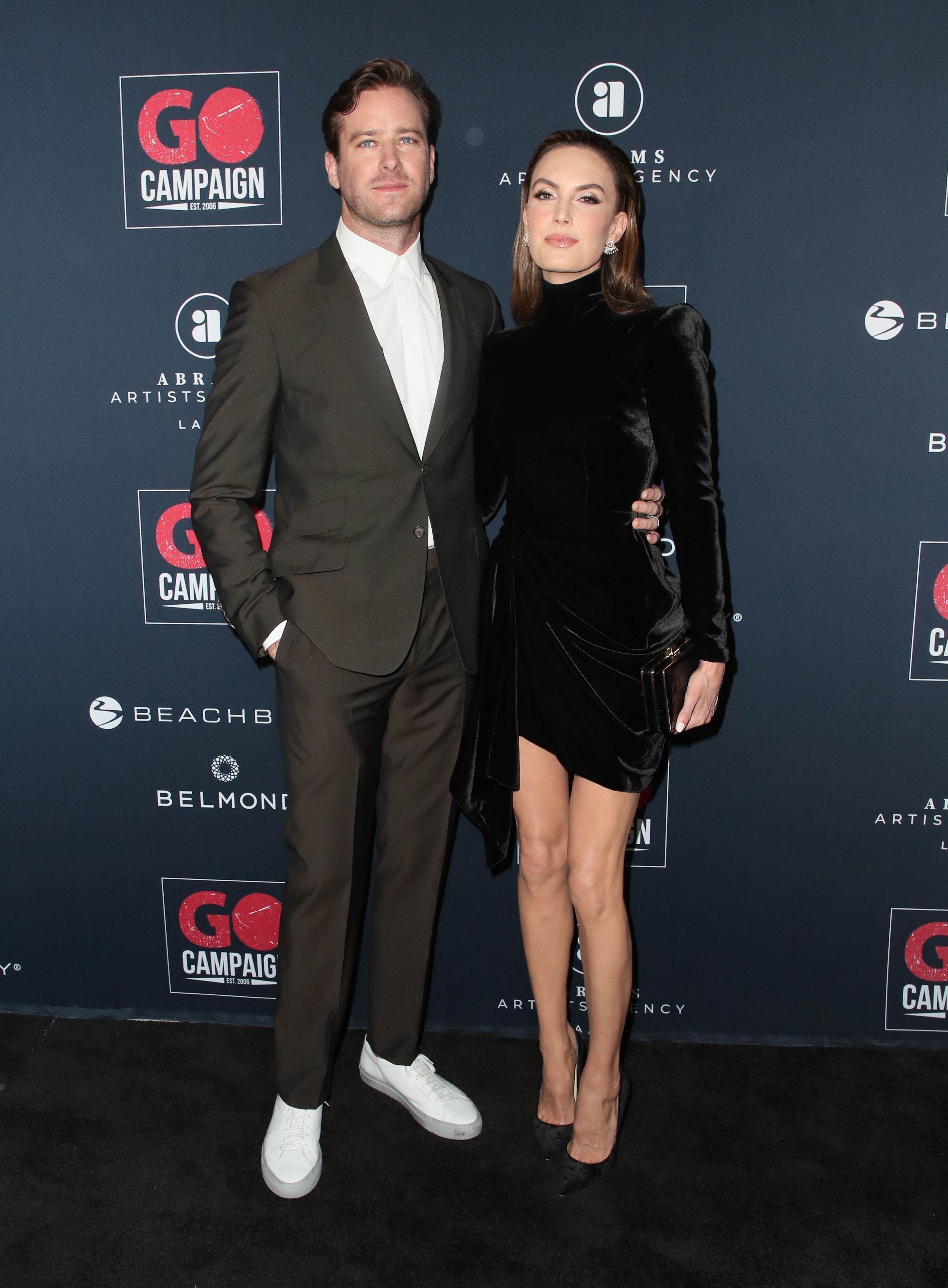 Effie – who declined to give her surname – claimed in a tearful press conference on Thursday that Armie beat her and held her hostage.

Elizabeth, who split from Armie last summer, is said to be trying to shield their kids from the latest allegations made against her ex.

"Elizabeth is horrified to hear the most recent allegations against Armie," a source told ET.

"Her number one priority is her kids and she wants to make sure that her children feel loved and taken care of during all of this." 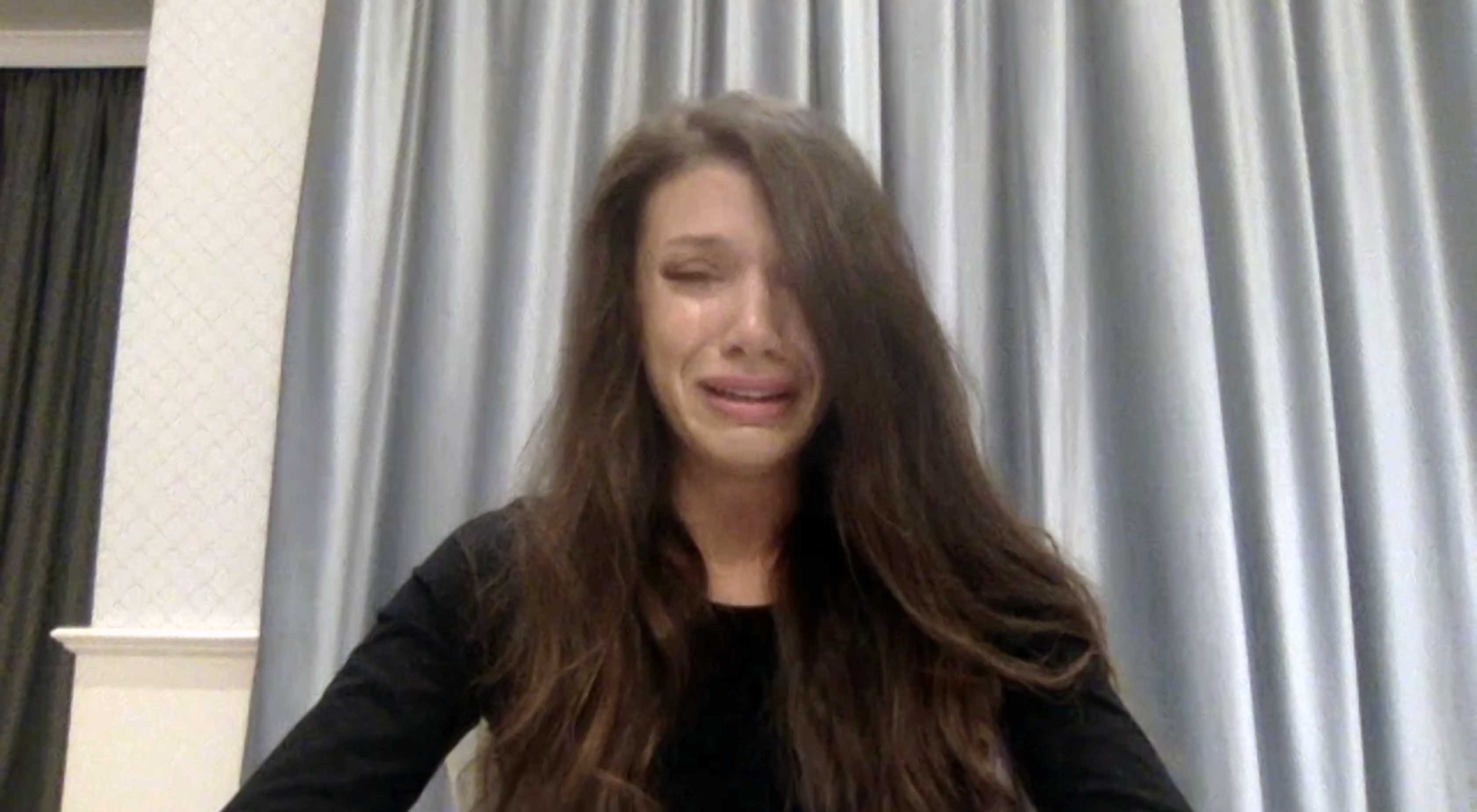 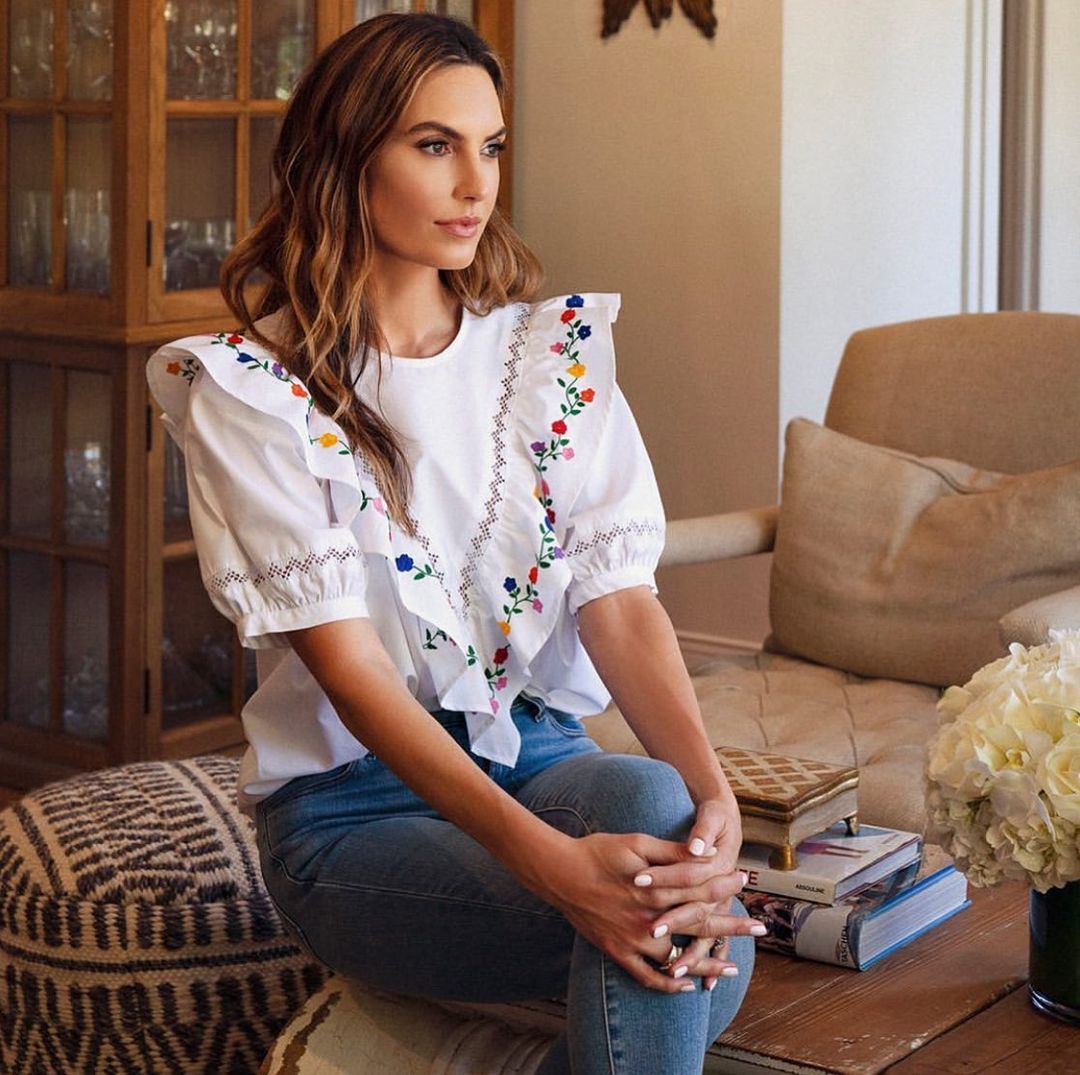 The exes announced in July 2020 that they were divorcing after 10 years of marriage and have two children: daughter Harper, six, and son Ford, four.

Elizabeth, 38, opened a bakery in Colorado this week but has been living in the Cayman Islands during the pandemic.

Armie has denied Effie's rape allegation and maintains that the relationship was consensual.

His attorney, Andrew Brettler said: "From day one, Mr. Hammer has maintained that all of his interactions with [the accuser] – and every other sexual partner of his for that matter – have been completely consensual … and mutually participatory." 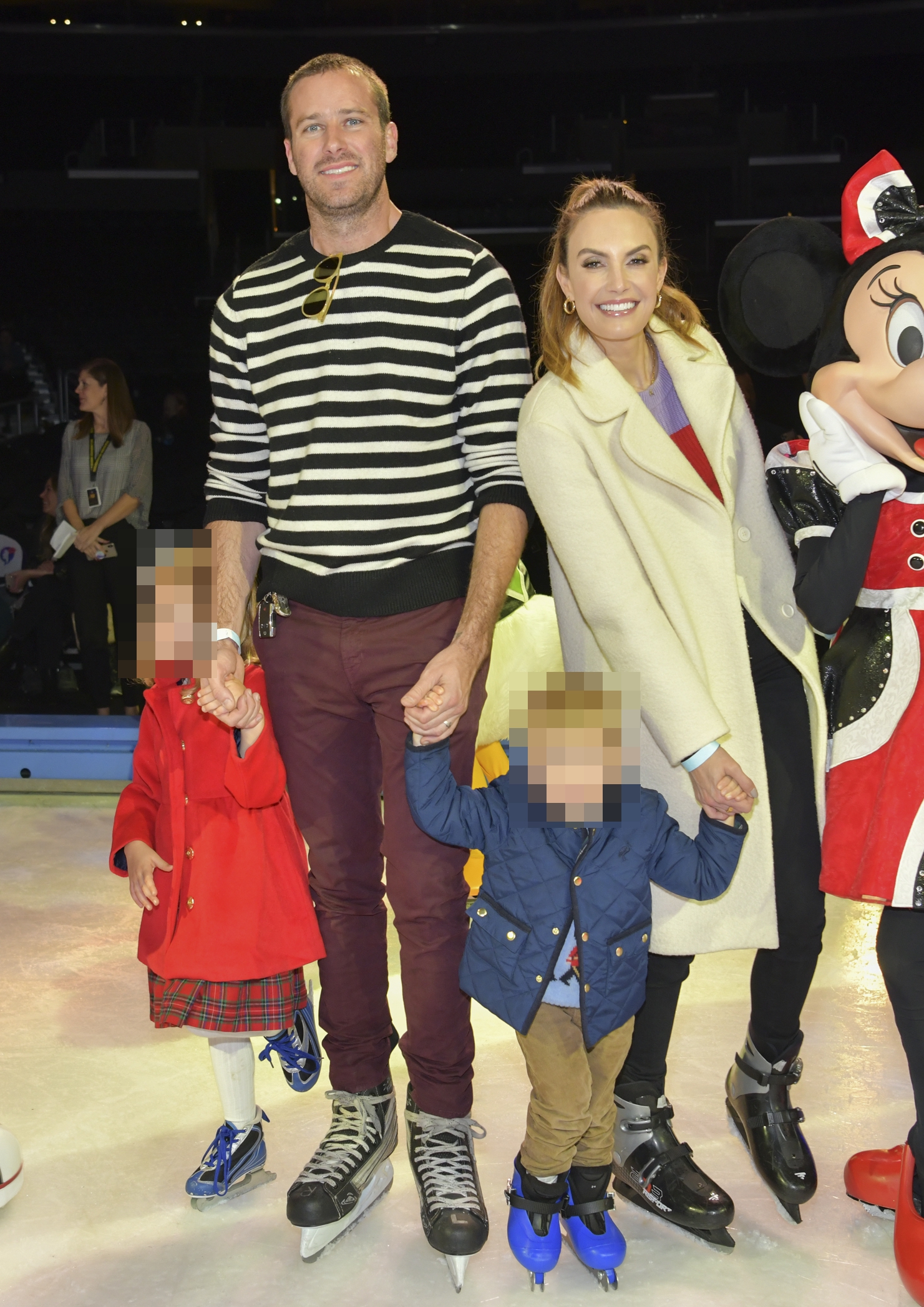 He added: "[The accuser's] attention seeking and ill-advised legal bid will only make it more difficult for real victims of sexual violence to get the justice they deserve."

Effie said in the conference: "I met Armie Hammer on Facebook in 2016 when I was 20 years old, I fell in love with him instantly."

She then went on to claim that Hammer raped her in Los Angeles, "during which he repeatedly slammed my head against a wall bruising my face."

She also alleged that the actor whipped her feet with a crop so they would hurt for days afterwards. 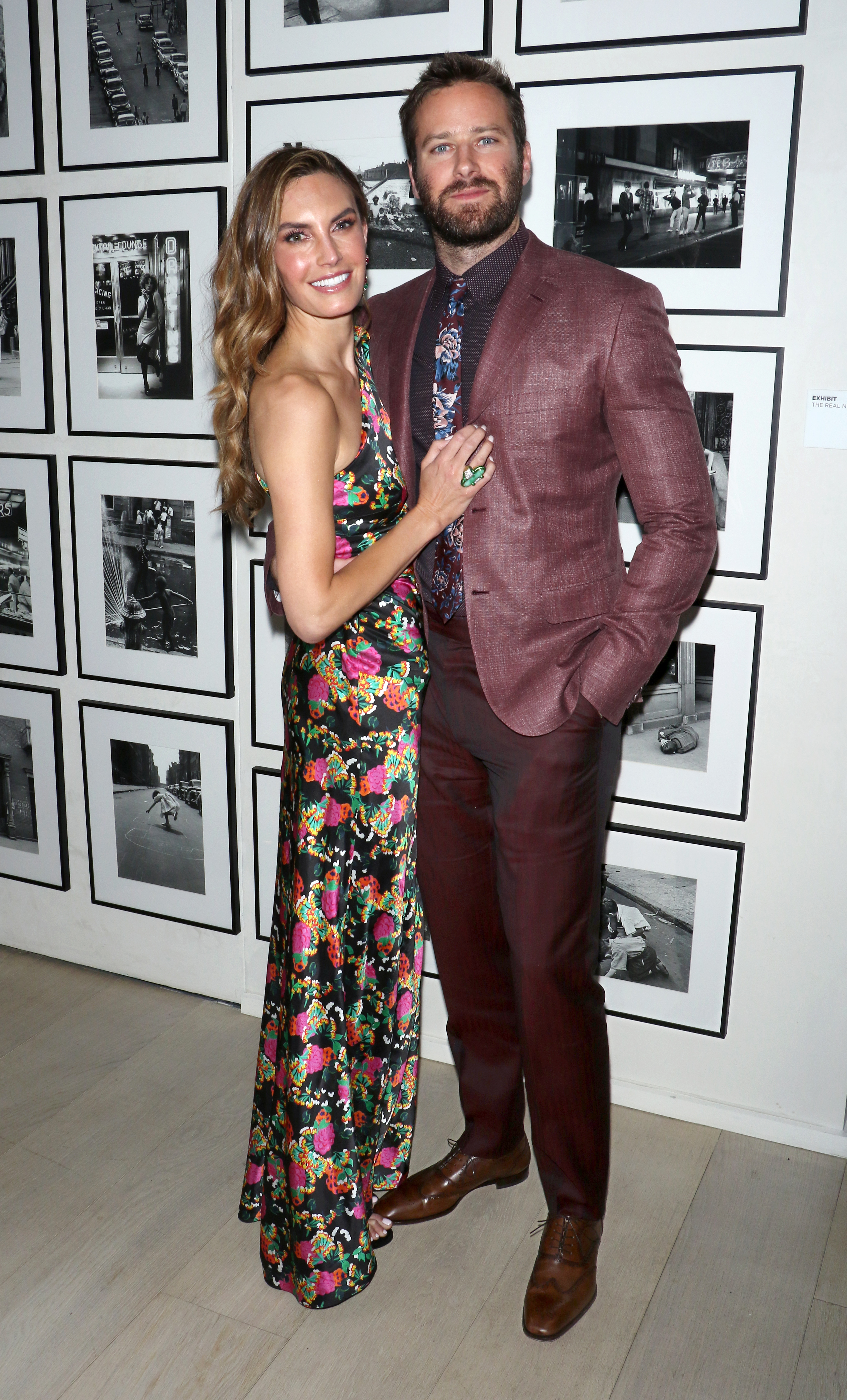 “He committed other acts of violence against me to which I did not consent," Effie told the room.

“For example he beat my feet with a crop so they would hurt with every step I took for the next week.

"During those four hours, I tried to get away but he wouldn't let me.”

her attorney Gloria Allred later claimed that there are photographs of Effie's "visible injuries." 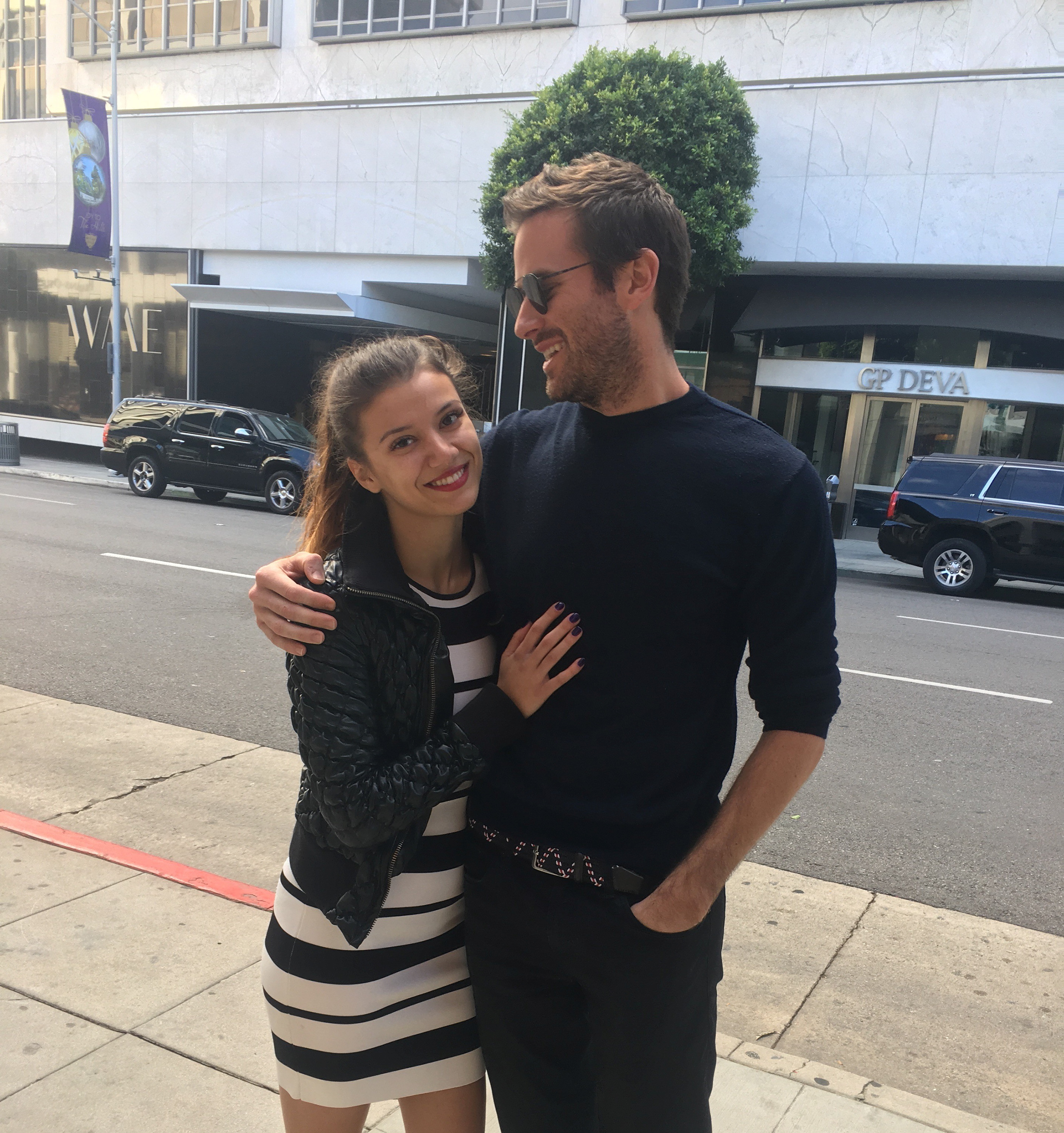 Effie shared a photograph of herself and Armie Hammer, which Allred claims was taken "prior to the incident that she alleges."

Sobbing, Effie went on to claim: "I thought he was going to kill me."

She alleged that she has "lived in fear" of the actor and "lost interest in living."

"I could not comprehend or over come what he did to me," Effie claimed. 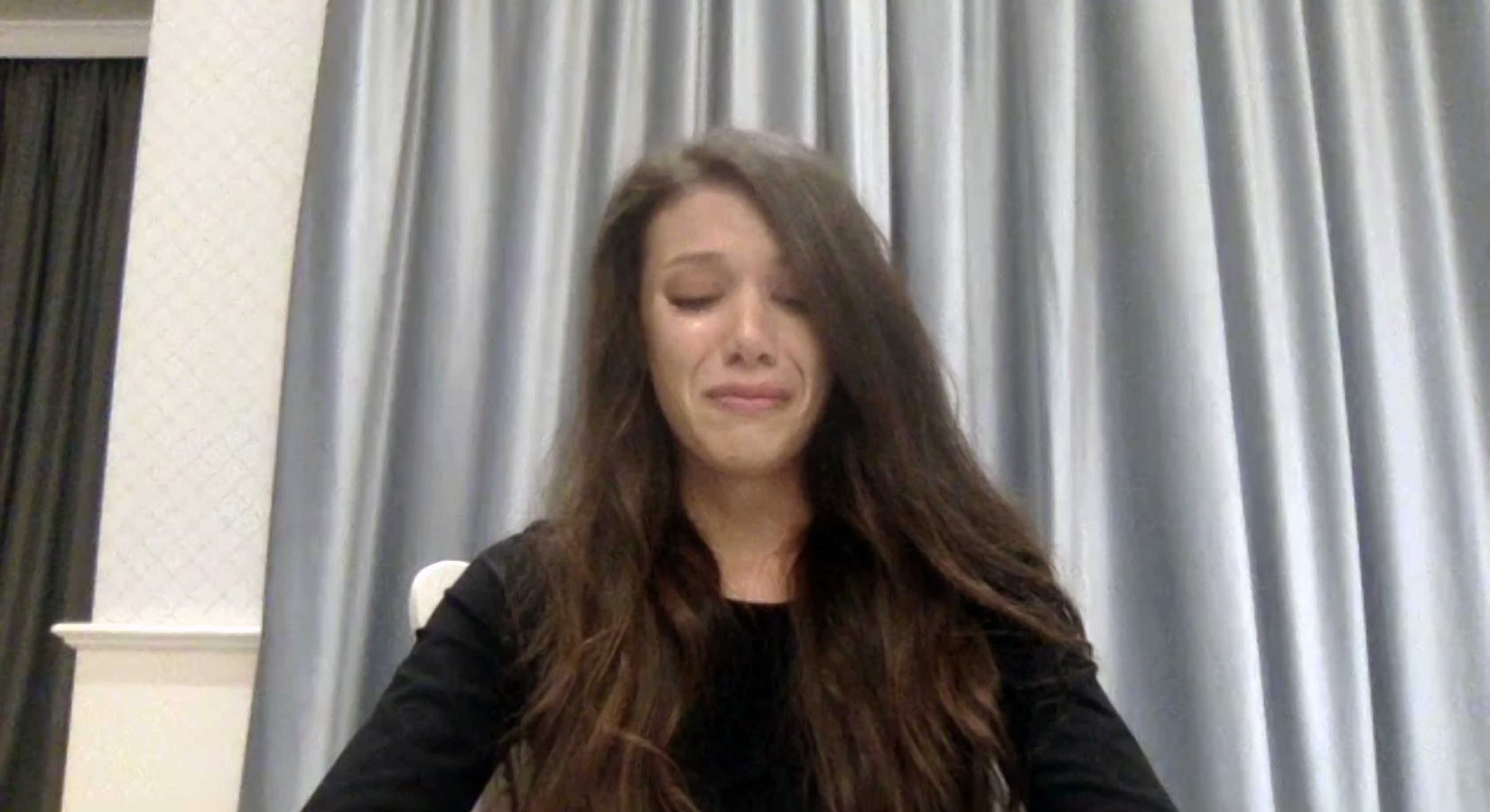 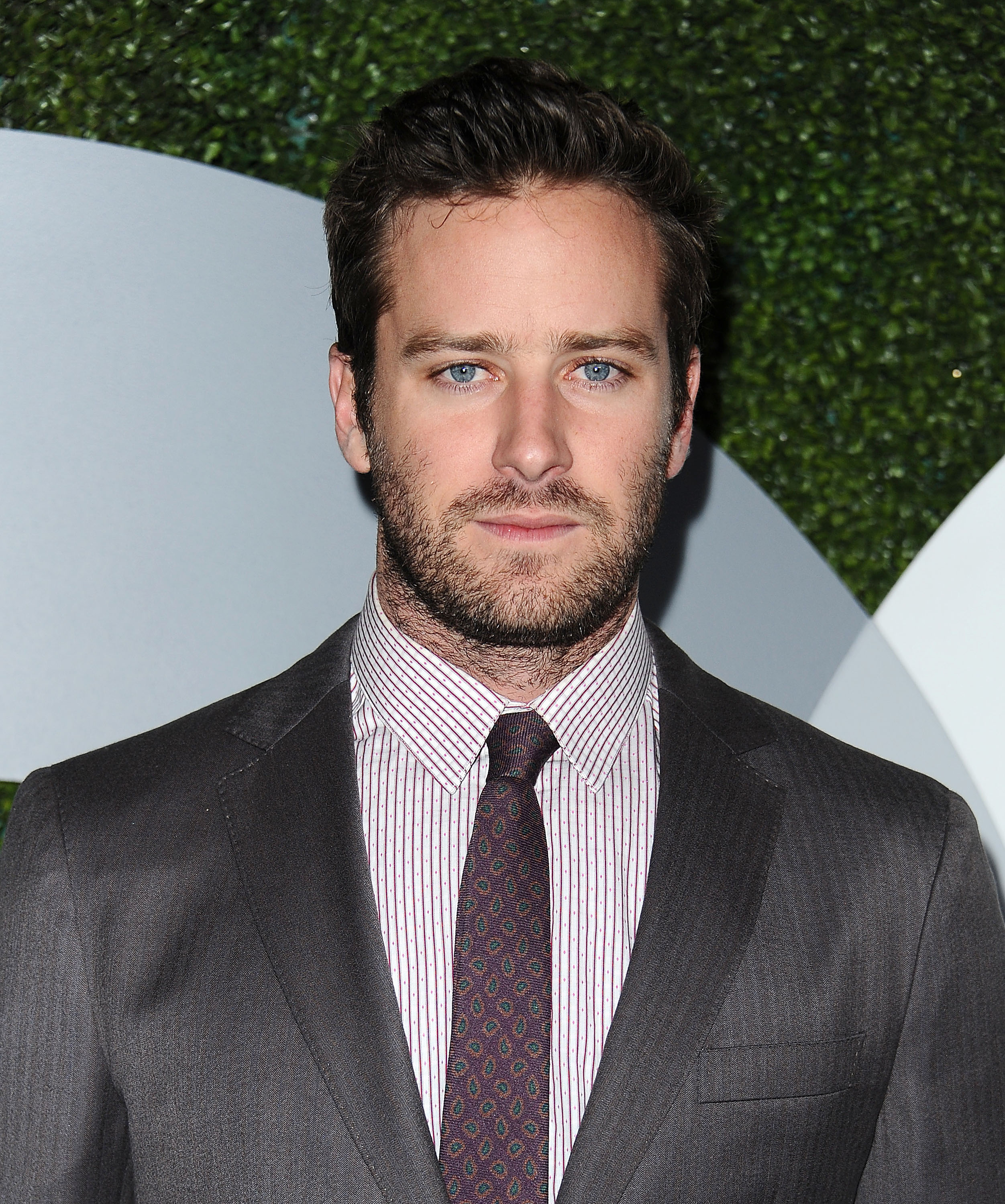 Armie has been in the spotlight after a series of graphic texts, allegedly between him and several women, showed him talking about drinking their blood, describing scenes of sexual control, and references to cannibalism.

In one message, Armie allegedly describes himself as “100% a cannibal” and tells a woman “I want to eat you.” 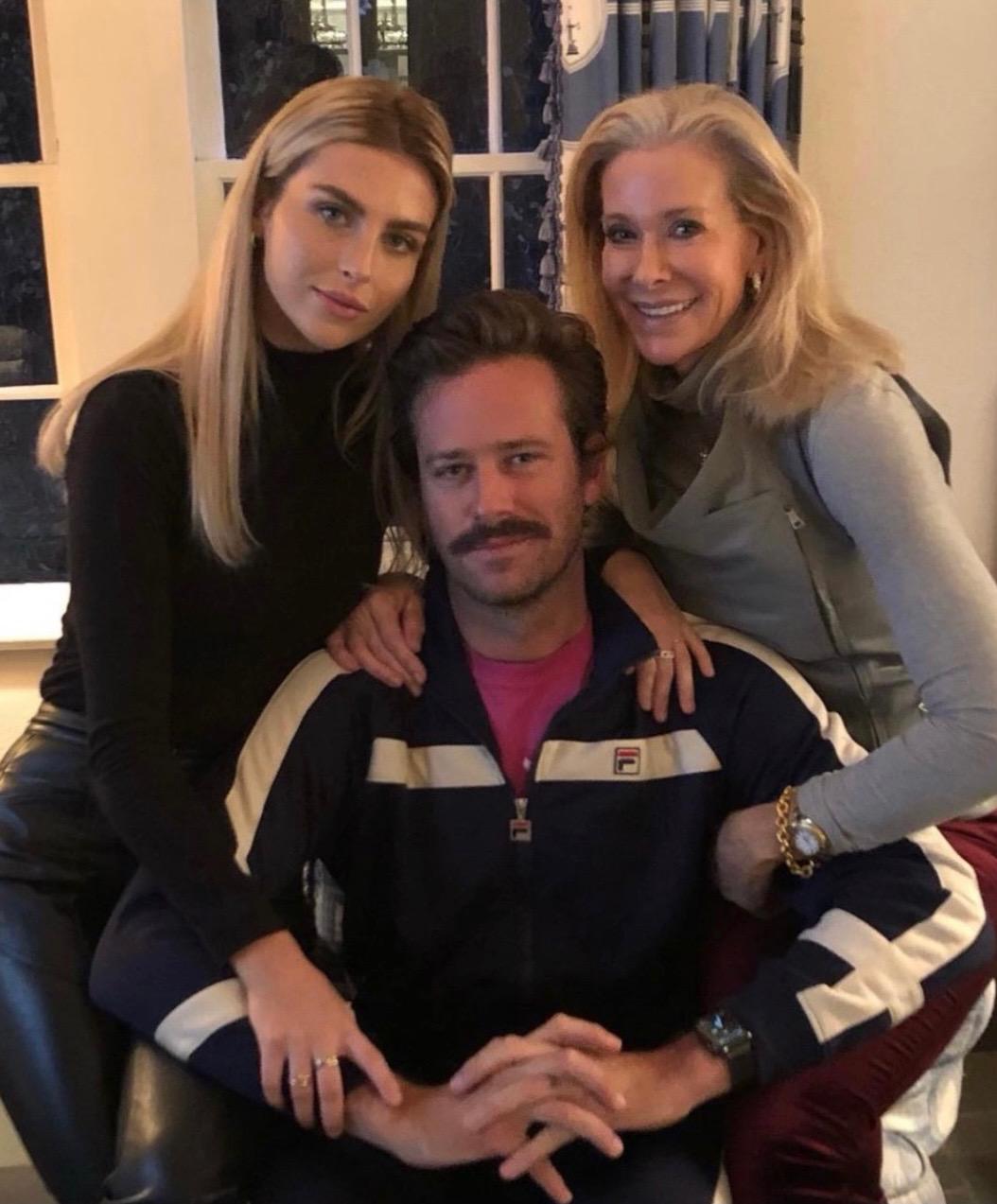 Earlier this month, Armie's ex-girlfriend Paige Lorenze, 24, said in an explosive interview with Vanity Fair that during their relationship she felt “really unsafe and sick to her stomach."

She added: "He told me that I couldn’t have anyone else in my bed. And then I just started to feel really unsafe and really sick to my stomach about things. I was also emotionally dependent on him."

The article, that was published on March 11, 2021, claimed the actor's ex-partners have "compared him to Ted Bundy" and said he was obsessed with Shibari – a Japanese bondage art form in which people are tied up in intricate patterns.

Paige, who was in a relationship with Armie for four months late last year, also claimed that he wanted to eat her body parts. 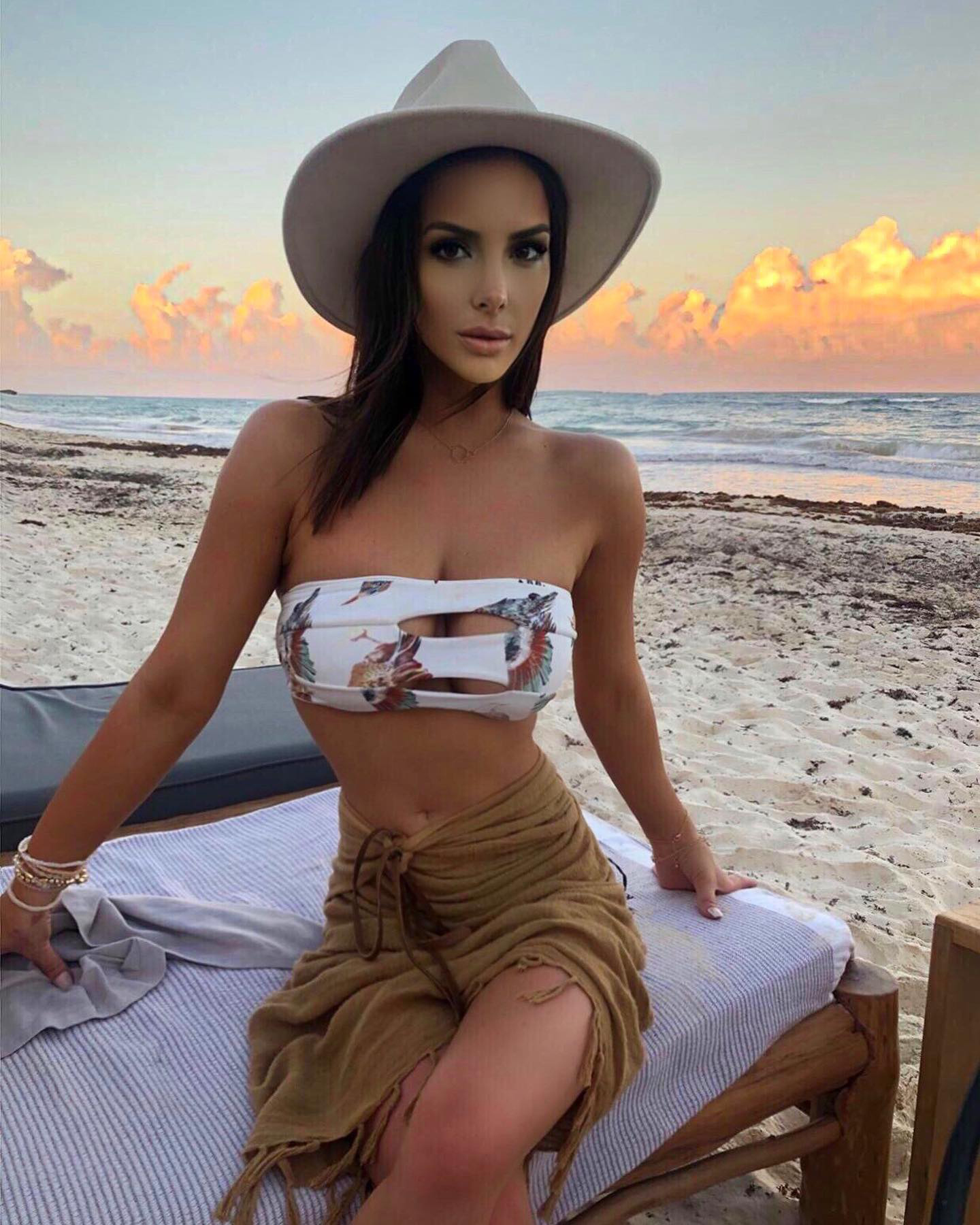 Paige even alleged that Armie was into 'knife play' and carved the letter 'A' into her skin above her pubic bone before licking the bloody wound and "bragging" about it to his friends.

Another ex-girlfriend, Courtney Vucekovich, said he spoke to her about the bondage, stating he never tied up a human before and instead "only mannequins." 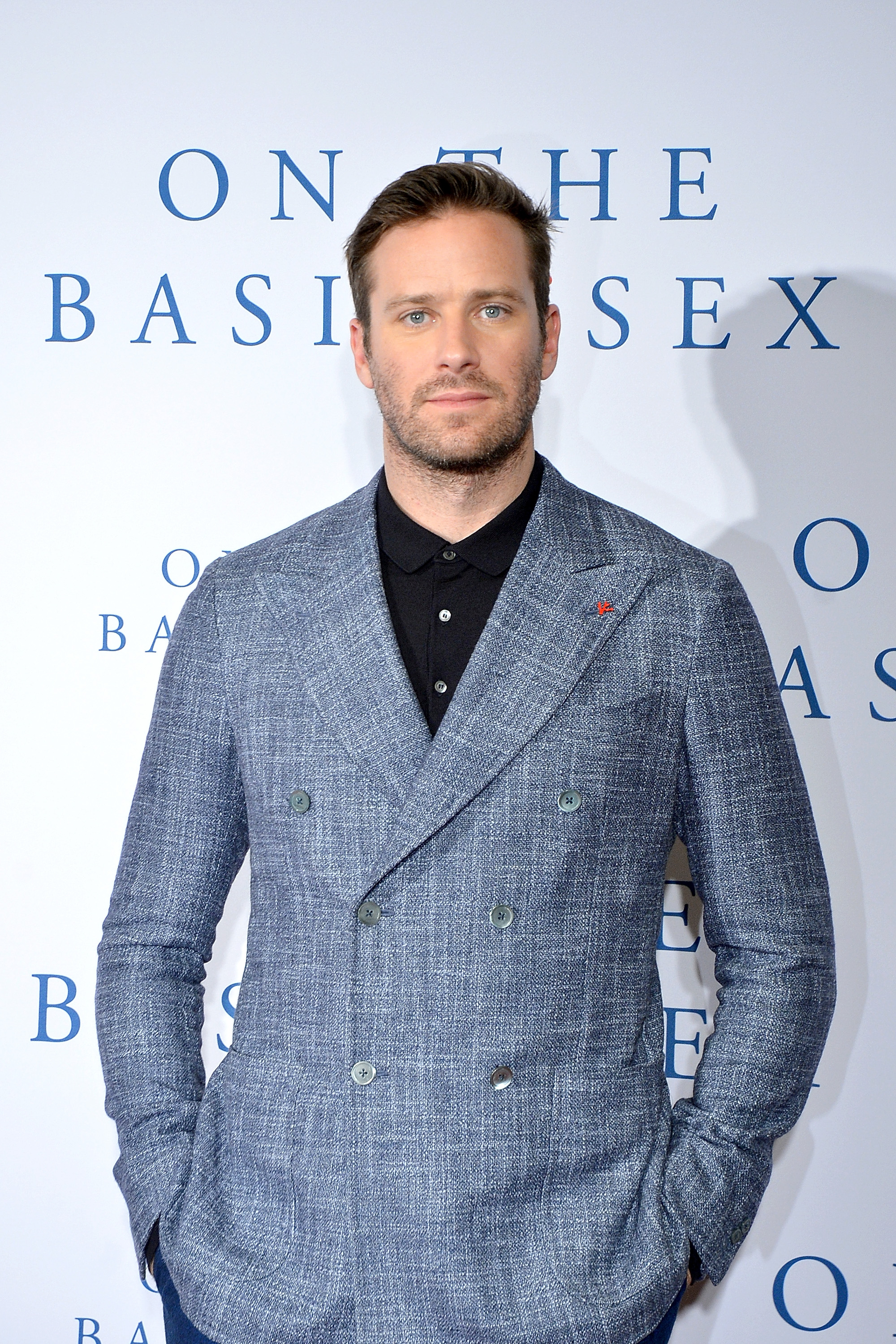 He released a statement at the time: "I’m not responding to these bulls**t claims but in light of the vicious and spurious online attacks against me, I cannot in good conscience now leave my children for 4 months to shoot a film in the Dominican Republic."

Hammer was seen for the first time since the violence and cannibal claims were made against him at the beach with a mystery blonde in the Cayman Islands this week.

It was the first sighting of The Call Me By Your Name star since his name began trending on January 11 this year.