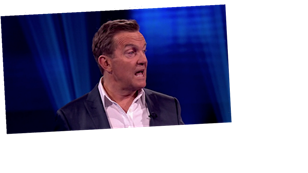 The ITV show, presented by Bradley Walsh, sees a series of contestants attempt to take down the team of chasers to hopefully take home a big cash prize.

Rather than taking on just one quizzer like in The Chase, the players take on Chasers Mark Labbett, Anne Hegerty, Paul Sinha, Jenny Ryan and Shaun Wallace.

Viewers claimed there weren't enough episodes in the series, and urged ITV to make more next time.

One viewer wrote: "Hopefully next time we can have more episodes! At least 10 for series 3".

A third added: "We need more episodes in a series of Beat The Chasers!".

"If you wanna ask for more episodes and a primetime series of Beat The Chasers, bombard @ITV with a s***-load of tweets about it until they relent!", penned another.

A fifth remarked: "Don't want this to be the last Beat The Chasers – 7 episodes is nowhere near enough. So let's have at least 7 more followed by celebrity Beat the Chasers."

The final contestant to take part was Michael from Cowbridge in South Wales.

He revealed there could be an engagement on the cards if he won the cash prize.

Bradley asked: "If you win some money tonight, what would you do with it?"

Michael replied: "I'd like to do some alterations to the house we've built… I'd like to convert the garage and back garden."

He then added that his "partner had other ideas".

Michael explained: "So she's been sending me some pictures of gems which fit on a ring."

"So engagement could be on the cards as well", he added.

Michael did incredibly well and managed to beat four of the chasers, winning a staggering £50,000.