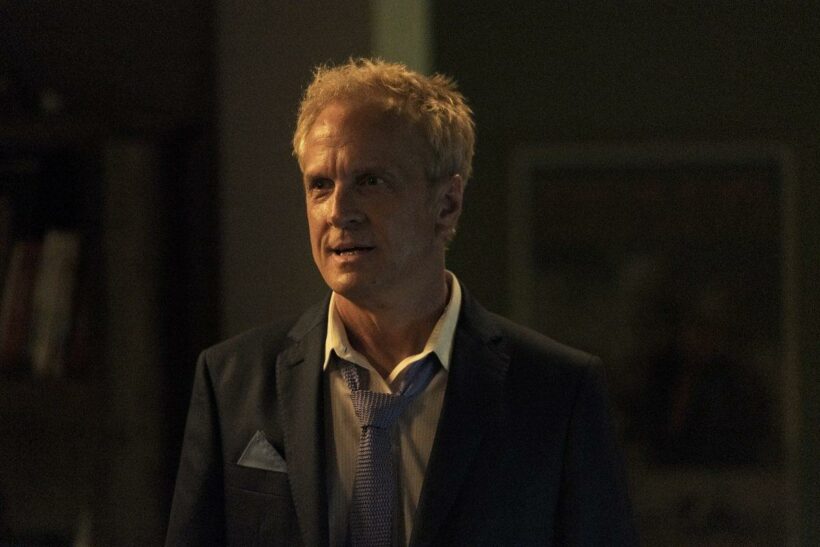 Better Call Saul fans probably expected the final season to be full of monumental surprises. The Better Call Saul midseason finale wasn’t even the first shock of the season, but it was a doozy. It was such a surprise that Better Call Saul stars Bob Odenkirk and Rhea Seehorn didn’t even know it was coming.

In the episode “Plan and Execution,” Kim (Seehorn) and Jimmy (Odenkirk) succeeded in making Howard (Fabian) look incompetent at a mediation session. When Howard came to their house to confront them, they did not expect it to be fatal. Lalo Salamanca (Tony Dalton) showed up and shot Howard in the head.

“Vince and I called Patrick I think before we started shooting and we said, ‘This is what’s going to happen,’” Gould said on Better Call Saul Insider. “Now, something that some of our listeners may know is that when you were in Albuquerque for the show, you lived with Bob and Rhea. And I have to say, I think Patrick, you could be in the CIA because Bob and Rhea had absolutely no idea.”

Fabian’s acting extended beyond his portrayal of Howard Hamlin. He kept the first six episodes of Better Call Saul Season 6 so “business as usual,” Odenkirk actually worried they were going to spring Howard’s death on him.

“It was before the script came out, but Bob and Rhea found out what was going to happen,” Gould said. “Bob was like, ‘Have you told Patrick? Does Patrick know?’ Rhea was the same way. They were both absolutely convinced that you didn’t know. That’s how well you kept the secret. So if you want to entrust a secret to somebody, Patrick Fabian is the man.”

“I’ve gotten pretty well trained from season 1 on to keep my work at work and not say anything to anybody,” Fabian said. “My wife and all my friends, I just don’t talk about the show. You don’t talk about Fight Club.”