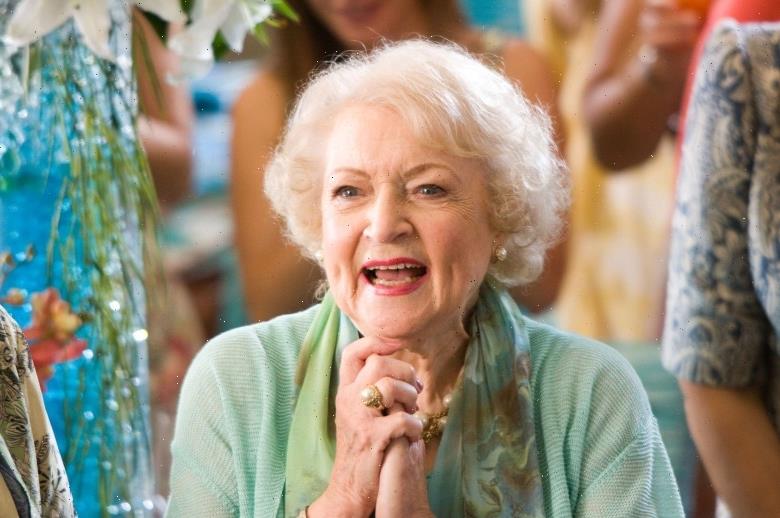 Five-time Primetime Emmy Award winner, game show panelist and prolific actress Betty White has passed away at the age of 99. Long the subject of internet death hoaxes, the actress’ death was confirmed by her her agent and close friend Jeff Witjas.

White was the last living member of “The Golden Girls,” which ran from 1985 to 1992. She played good girl Rose Nylund opposite Bea Arthur, Rue McClanahan, and Estelle Getty. The popular sitcom, which has continued to run on various channels in syndication, spawned a one-season spin-off starring White called “The Golden Palace” in 1992.

Working well into her late 90s, White had memorable supporting roles in feature films like “Lake Placid” and “The Proposal,” and starred in the sitcom “Hot in Cleveland” from 2010-2015. She most recently lent her voice to the Disney+ streaming series of shorts “Forky Asks a Question,” as the character Bitey White opposite colleagues Carol Burnett, Carl Reiner, and Mel Brooks.

Before White was everyone’s favorite on-screen grandmother, she was born in Oak Park, Illinois, on January 17, 1922. Her family moved to California when she was a year old, eventually settling in Los Angeles in the midst of the Great Depression. While attending the famous Beverly Hills High School, White aspired to be a forest ranger, but upon discovering that women couldn’t hold the profession at the time, she took to writing and eventually performing.

Just three months out of high school, White started modeling and joined the American Women’s Voluntary Services transporting military supplies through the state. By the late-1940s she was working in radio as the host of, appropriately enough, “The Betty White Show.” In 1949 she transitioned to television, co-hosting with Al Jarvis on the fledgling variety show “Hollywood on Television.” When Jarvis left the show in 1952, White took over the six-day-a-week series and was nominated for an Emmy Award in 1951 for Best Actress — the first year a category for women had been created.

From there she debuted her first scripted television series, relationship sitcom about a married couple “Life With Elizabeth.” Syndicated from 1952 to 1955, “Life With Elizabeth” was one of the few shows to have a woman in complete creative control of the series, with White’s production company Bandy Productions running things. In 1954 she continued to break barriers with a NBC variety/talk show also titled “The Betty White Show.” Not only did the series hire female directors, White also cast African-American actor Arthur Duncan in a prime role despite boycotts and protests to NBC. White famously told audiences who disliked Duncan’s casting: “I’m sorry. Live with it.” Poor ratings quickly saw the series disappear. 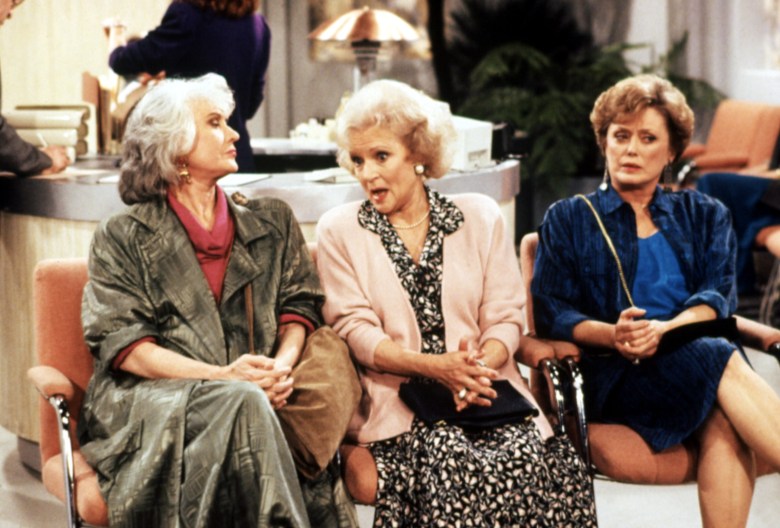 After the cancellation of her series “Date With the Angels” in 1958, White became a mainstay on game shows. She’d appear on several iconic shows of the era like “What’s My Line,” “Match Game” and “I’ve Got a Secret” but her mainstay was the CBS hit “Password.” White would appear as a celebrity guest from 1961 through 1975 and would marry host Alan Ludden; the pair would stay married till Ludden’s death in 1981. White would appear on so many shows in the medium that she was dubbed “the First Lady of game shows” in the 1980s.

She’d test out performing in movies around this time, making her big-screen debut in 1962’s “Advise & Consent” — but she would  always go back to television. In 1973, she was cast in one of her most iconic roles as the man-hungry Sue Ann Nivens opposite Mary Tyler Moore in “The Mary Tyler Moore Show.” Though White found the character to be too cutesy, it garnered the actress her second and third Emmy awards. White would also become a staple on shows like “The Carol Burnett Show” and “The Tonight Show Starring Johnny Carson.”

It wasn’t until the mid-1980s that White would, again, get another successful series with “The Golden Girls.” She would be nominated for an Emmy every year the series was on. After the program went off the air in 1992, White moved from series to series, racking up Emmy nominations and wins for various one-off appearances. White’s onscreen appearances in television and commercials, eventually moving into film, turned White into a social media darling. A grassroots campaign in 2010 led “Saturday Night Live” bringing White on to host an episode. When she finally jumped on stage at Studio 8H at the age of 88 to host “SNL,” she became the oldest guest host in the series’ history.

White was the subject of a PBS documentary entitled “Betty White: First Lady of Television” in 2018, has a star on the Hollywood Walk of Fame, and was a fervent supporter of various animal rights issues. She is survived by her three stepchildren with Alan Ludden.