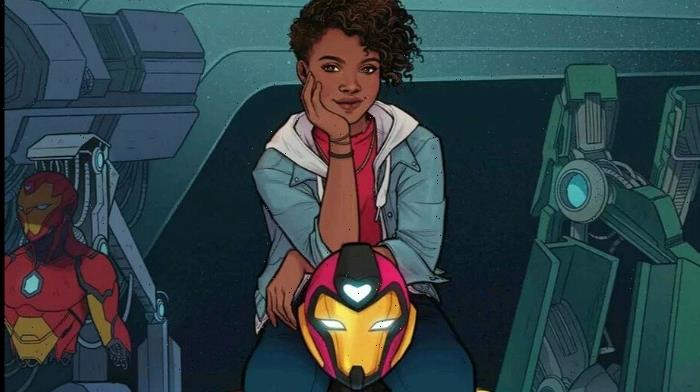 Kevin Feige has gained quite a reputation for being notoriously tight-lipped about every possible facet of the Marvel Cinematic Universe. But every so often, he’ll drop an exciting bit of news to get audiences even more excited about an upcoming project. That appears to be the case here, as Feige has spilled the beans that Dominique Thorne, previously announced to portray Riri Williams and the armored superhero Ironheart in her own Disney+ series, will be making her first appearance in Black Panther: Wakanda Forever.

A new Marvel movie on the horizon means more Feige making the rounds and answering all sorts of questions about the future of the MCU. While promoting Shang-Chi and the Legend of the Ten Rings, Feige talked to ComicBook.com and revealed that Riri Williams, a young fan-favorite character in the comics who eventually takes up Tony Stark’s mantle as Ironheart, won’t actually be debuting in her Ironheart Disney+ series. In yet another example of the MCU drawing close connections between streaming shows and the movies, Thorne and Riri will appear in the Black Panther sequel. Feige said:

“We’re shooting Black Panther: Wakanda Forever, right now, and the character of Riri Williams, you will meet in Black Panther 2 first. She started shooting, I think, this week before her Ironheart series.”

This is huge news, as anticipation has steadily grown over the years for Riri Williams to make her official MCU debut. Created in 2016 by writer Brian Michael Bendis and artist Mike Deodato, Riri quickly made a strong impression with readers and has come into her own as a full-fledged character with incredible intelligence and technical skills to create her own armored suit that rivals that of Tony Stark’s … despite only being a teenager. Williams joins fellow superhero Kamala Khan (among others) as part of the next generation of diverse comic book characters who reflect a more modern audience. It remains to be seen whether an MCU adaptation of the vaunted Young Avengers will feature Riri among the team, but Feige has previously shown no hesitation in mixing and matching certain aspects of the comics to line up with the needs of the franchise.

Of course, speculation naturally turns to whether Robert Downey Jr. will make a return as Tony Stark. It’s all but given that Riri’s MCU journey will hew rather close to what Tom Holland’s Peter Parker has experienced to this point, featuring overt connections to Stark as a mentor figure and inspiration. Unfortunately, no further details are given as to a potential Downey Jr. return (in some form, at least – Riri is mentored by a Stark A.I. in the comics). Stay tuned for more details.