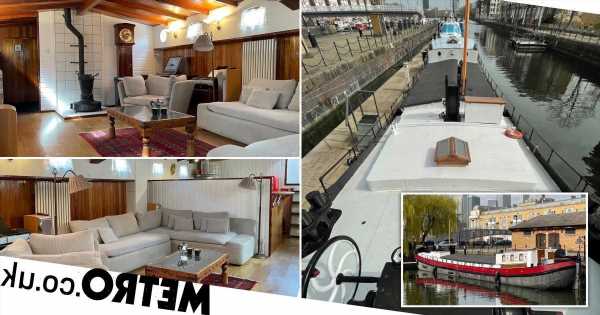 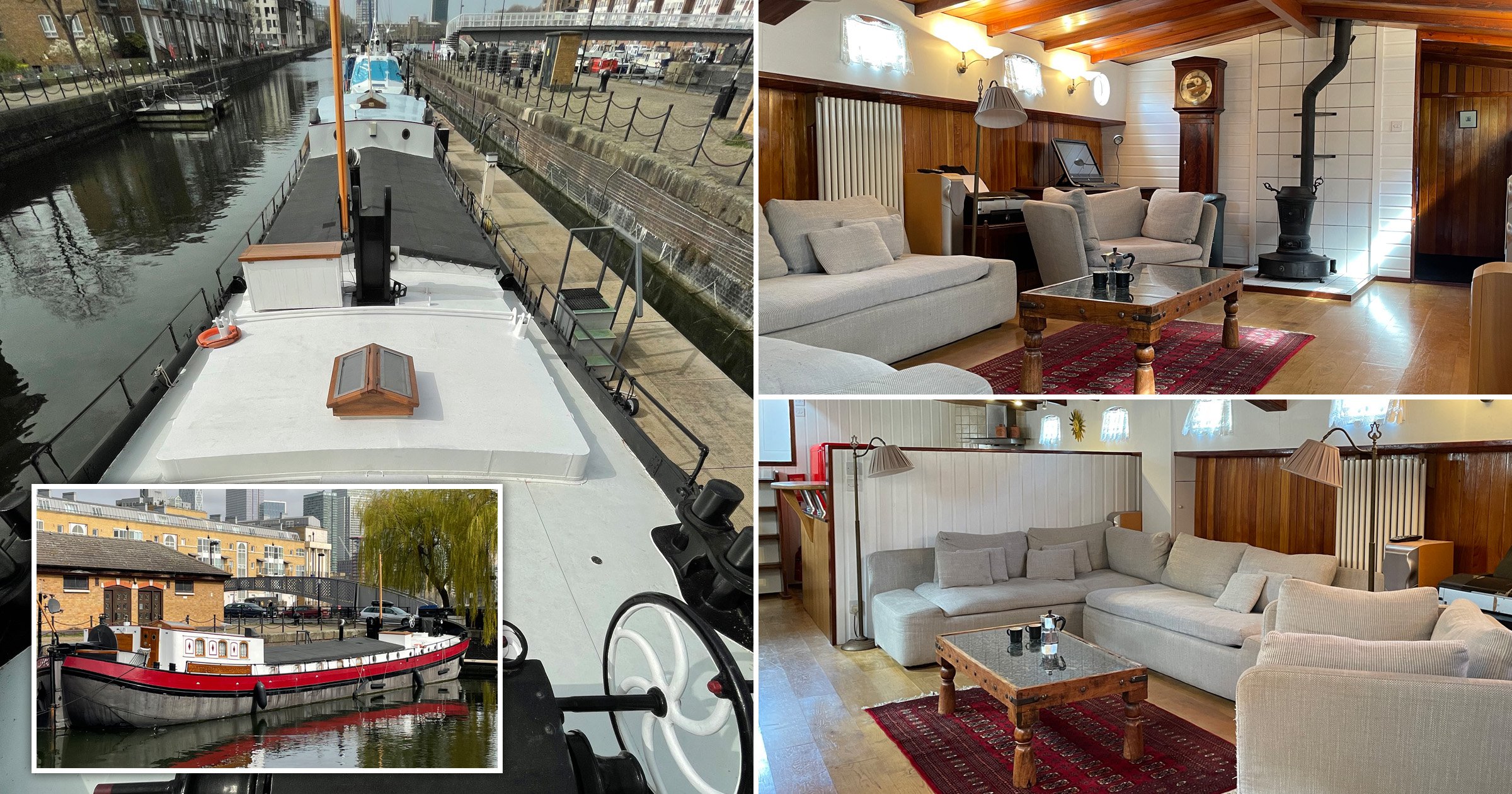 If you’re inching ever closer to saving up enough money to buy a property, you might want to consider one on water.

After all, you’d be hard pressed to find a home in central London for £278,000 – but that’s exactly the asking price of a 100-year-old Dutch sailing barge moored in Bermondsey.

The 82ft-long houseboat is half the average price of property in that area of London.

The MV Johanna Elisabeth was originally built in 1913 at Appelo, Zwartsluiz, Holland, and was brought to the UK in 2003.

In 2006 it underwent a complete re-fitting, then this year it had some dry dock work, plus a fresh lick of paint on the hull.

That all means it’s now ready to be sold on to someone as a dreamy home.

Before it was a houseboat, the vessel worked as a sailing barge, shipping freight.

Its previous owners transformed it into a home, docked at the South Dock Marina in south London.

Inside, there’s a wood-furnished saloon with a woodburning stove, a kitchen with a washing machine (and a tumble dryer), and a bathroom with a stone-tiled shower.

There’s also a stove and a desk in the wheelhouse office, and a library area.

The main bedroom has portholes and built-in storage, and there’s another bed and clothes space in the guest cabin.

At £278,000, it could make the perfect first home for someone keen to escape the world of renting.

You will need to front £1,000 a month for the mooring fees, though.

The boat’s current owners are a couple in their sixties who originally lived in Hampshire but went to live in London eight years ago.

They said: ‘For us the barge has been an adventure, more so since we’re not sailors.

‘We’ve relished the space in central London but it’s time to move on.’

A spokesman for Zeewarriors, the brokerage handling the sale, said: ‘The boat was taken to and from dry dock under her own steam, she navigates the River Thames with ease and would in the right conditions cross the channel to enjoy of the European inland waterways.’