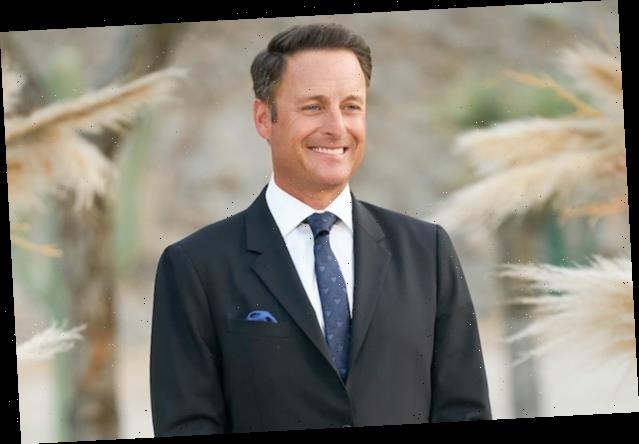 Chris Harrison told Michael Strahan on “Good Morning America” Thursday that he plans to return to host the “The Bachelor” franchise after stepping back from the ABC dating series’ currently airing season amid backlash over his support for a current contestant accused of racist behavior.

“I plan to be back, and I want to be back. This interview is not the finish line. There is much more work to be done and I’m excited to be a part of that change,” Harrison told Strahan Thursday morning in the longtime “Bachelor” franchise host’s first interview since he paused his participation with the series in order to get “educated on a more profound and productive level than ever before.”

An individual with knowledge tells TheWrap no decisions have been made regarding Harrison’s future with the franchise. Representatives for “The Bachelor,” ABC and “Bachelor” studio Warner Bros. TV declined TheWrap’s request for comment Thursday.

Strahan noted to his “GMA” colleagues at the end of the interview that Harrison’s “apology is his apology” but that to Strahan it felt like a “surface response.”

In a Feb. 9 interview with former “Bachelorette” Rachel Lindsay for “Extra,” Harrison defended Rachael Kirkconnell — a frontrunner on Matt James’ currently airing season of “The Bachelor,” the first to feature a Black bachelor — for a resurfaced photo in which she appears to be attending a plantation-themed fraternity formal in 2018. Kirkconnell has since apologized for her past behavior.

Harrison was roundly criticized for the interview and his treatment of Lindsay, leading to two public apologies from Harrison,  and the Feb. 13 announcement that Harrison would temporarily be “stepping aside” as host of the show. (Emmanuel Acho has been tapped to replace him for the upcoming live season finale and “After the Final Rose” special on March 15.)

“I am an imperfect man,” Harrison said, when asked by Strahan Thursday why he defended Kirkconnell in the first place. “I made a mistake. And I own that. I believe that mistake doesn’t reflect who I am or what I stand for. I am committed t0 the progress — not just for myself — also for the franchise.”

Strahan pulled out a portion of Harrison’s interview with Lindsay in which he asked her if the photo of Kirkconnell at the apparent plantation-themed party was “not a good look in 2018 or is it not a good look in 2021? Because there is a big difference,” and asked Harrison what the difference is to him, if there is one.

“There is not,” he said. “Antebellum parties are not OK — past, present, future. And knowing what that represents is unacceptable.”

Harrison told Strahan he is “saddened and shocked by how insensitive” he was in his interview with Lindsey. “And I didn’t speak from my heart, and that is to say that I stand against all forms of racism and I am deeply sorry. I am sorry to Rachel Lindsay and I’m sorry to the Black community.”

On Monday, “Bachelor” producers issued a statement condemning the online harassment Lindsay has received over her interview with Harrison and her remarks of uncertainty regarding if Harrison should remain host of the ABC reality dating franchise, which led her to delete her Instagram account.

“I talked to Rachel, not since she deactivated her Instagram account, but I talked to Rachel initially and I apologized,” Harrison told Strahan Thursday. “And I want to do so again. I am incredibly sorry. To anyone, who is throwing hate towards Rachel Lindsay, please stop. It is unacceptable.”

A little over a week after Harrison made the announcement he was stepping aside from “The Bachelor” for the moment, James posted a lengthy statement on Instagram calling the situation “devastating and heartbreaking.”

“Chris’s failure to receive and understand the emotional labor that my friend Rachel Lindsay was taking on by graciously and patiently explaining the racist history of the Antebellum South, a painful history that every American should understand intimately, was troubling and painful to watch,” James wrote. “As Black people and allies immediately knew and understood, it was a clear reflection of a much larger issue that The Bachelor franchise has fallen short on addressing adequately for years.”

Strahan asked Harrison Thursday if he believes the reaction he has received for this situation has been “fair.”

“I am not a victim here. I made a mistake and I own that. Racism, oppression, these are big dynamic problems and they take serious work and I’m committed to that work,” Harrison said, revealing he is working with a “race educator and strategist” along with faith leaders and scholars, like Dr. Michael Eric Dyson.

Harrison says that Dyson talks to him about “counsel, not cancel.” “And that is full accountability, understanding what you didn’t understand, owning that, learning from that. Seeking counsel, often in the community that you hurt, learning from them, listening, gaining experience, knowledge, and moving forward.”