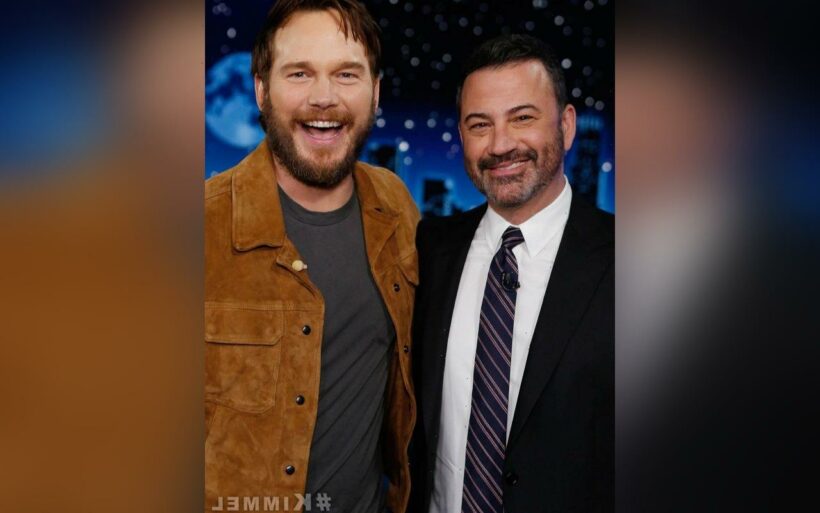 The ‘Guardians of the Galaxy’ actor bids farewell to the ‘Jimmy Kimmel Live!’ host ahead of summer break, thinking that the television host is going to retire early.

AceShowbiz –Chris Pratt helped Jimmy Kimmel celebrate his retirement on Thursday (24Jun21) – despite the late night TV host only leaving his show for a summer break.

The “Tomorrow War” actor appeared on “Jimmy Kimmel Live!” to promote his latest movie and pulled out all the stops for what he believed was the star’s last show.

However, he appeared to have his wires crossed because the presenter is only heading off on vacation and not leaving the programme for good.

After talking about his movie, Chris told Jimmy, “Thank you so much for letting me be a part of this incredible night!”

“It’s just so nice to be able to congratulate you in person – come on, guys – on his last show!”

The celebrations didn’t end there as a cake was wheeled out and saxophonist Kenny G showed up to play a smooth jazz number.

“We got you a cake, and don’t worry, pal, now that you won’t be on TV anymore, you can have as much of that cake as you want,” Chris told Jimmy.

When he informed the star that he was indeed going to be back on TV, Chris responded, “Yeah, sure you will. No, that’s the spirit. Never give up.”

But Jimmy reiterated, “It’s not my last show. It’s my last show for the summer,” prompting Chris to hilariously respond, “Oh, you’re staying on… Why?”