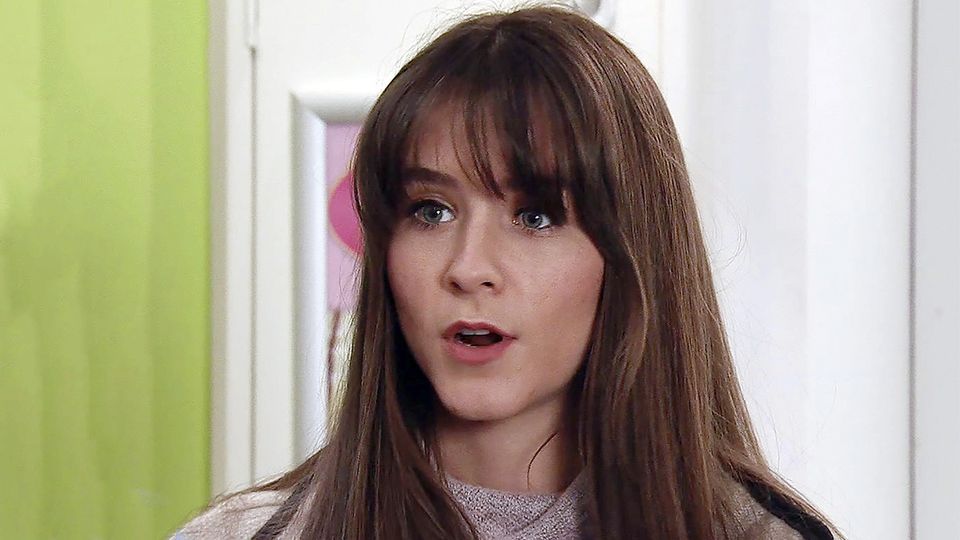 Brooke Vincent has quit Coronation Street after 18 years in the role.

The actress, who portrays Sophie Webster, made her final appearance to date in the ITV soap over two years ago.

Sophie departed the eponymous street at the time to go off on her travels after girlfriend Paula Martin (Stirling Gallacher) bought tickets for her.

In real-life, Brooke left the show to go on maternity leave. She gave birth to her first child, Mexx, with partner Kean Bryan on October 23 2019.

In November 2020, the 29-year-old confirmed that she was pregnant with her second baby, and in May 2021, she gave birth to another son, Monroe.

It was thought that Brooke would reprise her role on Corrie at some point in the future, but a report in The Sun claims that she has no plans to return to the show.

An insider told the publication: ‘Everyone thought Brooke would be coming back to the soap but her contract ended two years ago and there are no talks about bringing her back on.

‘She is loving being a mother of two young boys and plans to be a fulltime mum most the time.’

The source claims that Brooke is making ‘good money’ from her own company, and she ‘isn’t keen’ on returning to the ‘grueling’ soap schedule.

They added: ‘Brooke has mentioned that she might do a bit of acting work towards the end of this year, but it won’t be on the cobbles.’

Brooke joined Corrie in 2004, becoming the third actress to portray the role of Sophie, taking over from Emma Woodward.

She made her on-screen debut in May of that year, and would remain on the show regularly until 2019.

Sophie featured in a number of huge storylines during her time on the cobbles. She stunned parents Sally (Sally Dynevor) and Kevin (Michael Le Vell) when she revealed she was adopting Christian values in 2009.

The following year, the character’s sexuality was explored, as she embarked on a relationship with best mate Sian Powers.

Despite not appearing on-screen in over two years, Sophie was mentioned in scenes on Monday (January 10), when Sally received a call informing her that her daughter had been injured in a moped accident in Crete and needed surgery.

Sally was worried sick, but she was ultimately relieved to find out that the surgery had been successful.

Metro.co.uk has reached out to Coronation Street for comment.