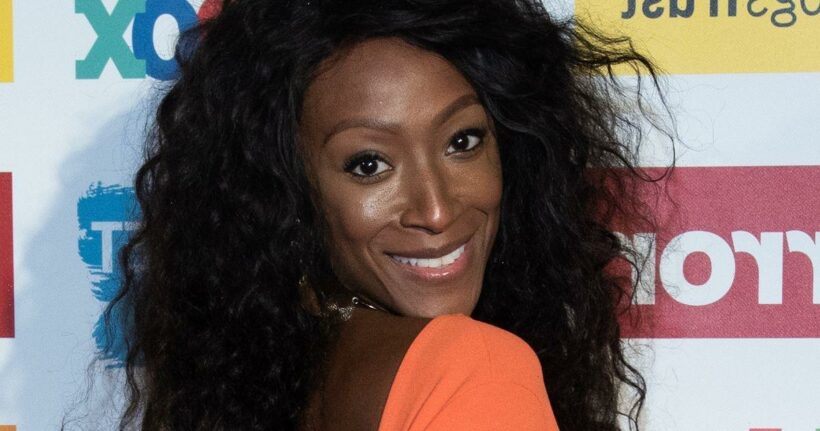 Victoria Ekanoye has opened up about her Christmas plans – and she said she's "living as much as she can" during her cancer battle.

The soap star was diagnosed with breast cancer earlier this year after finding a lump whilst breastfeeding her baby son Theo – and she's decided to undergo a double mastectomy operation.

Speaking to Daily Star at the Mirror's People's Pet Awards, Victoria bravely opened up about cancer operation – and how she's keeping herself busy with family over the festive period.

Proud mum Victoria revealed that she's going to spoil her baby son Theo, who turns one in January, as it's his first Christmas.

She said: "God it is baby's first Christmas. I can't believe it. he's going to be one in January which is madness.

"We're going to spoil him as much as we possibly can…"

She then joked that she'll wrap up presents that he already has – because the tot won't recognise at such a young age.

Victoria went on: "I've considered wrapping up presents he already has because he doesn't actually care!

"No, he's just such a joy and he's really funny. he's a little legend."

When asked how she was feeling about her operation at the November event, she said that her operation was the following Friday – and that she's "living as much as she can" up until that point.

She replied: "The operation is on Friday so I'm living as much as I can up until that point.

"Not that I won't be afterwards, but I will be off my feet for a while.

"I'm just trying to do what I can, help out with my charities and enjoy life."

Ekanoye previously told Loose Women about her plans to undergo a double vasectomy.

She said "I don't want to be looking over my shoulder for the rest of my life.

"I've got a baby boy to love and live for, and a family and friends.

"I just can't even begin to think about not being here for any of them. So, for me, if I can eliminate as much risk as possible then I will."

The soap star gave birth to little Theo at the start of this year – who she shares with her partner Jonny Lomas.