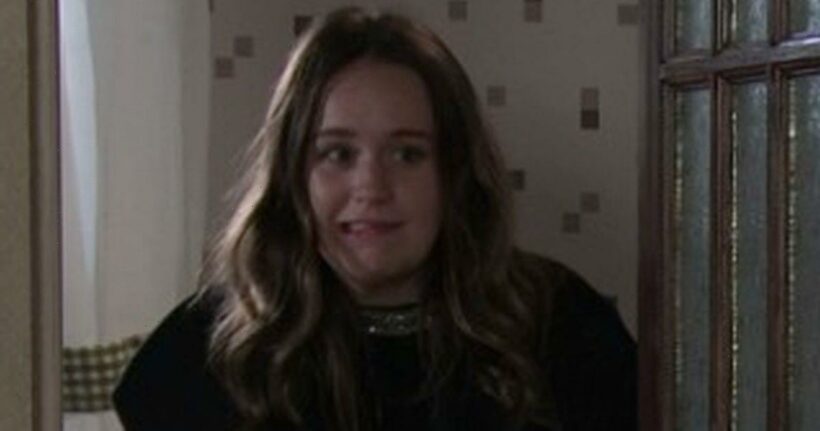 Coronation Street fans think they have predicted how Emma Brooker and Faye Windass will be caught after they accidentally killed an old man called Ted during a driving lesson on Monday's episode.

During the latest instalment, Emma took Faye for a driving lesson after a New Year's Eve party where they accidentally knocked over Ted, who had been picking up his dropped shopping in the road.

After taking the stunned pensioner home, who insisted he didn't want to go to hospital as he felt fine, they called round later in the episode to check on him and discovered he had died.

Emma and Faye, who was recently released from prison, decided to cover up the crime and not alert emergency services.

Prior to Ted's death, Faye was making a cup of tea for the pensioner in the kitchen where she revealed that she had suffered an accident and lost one of her fake nails down his sink.

And soap watchers think this could be a vital piece of evidence which could bring down Faye and as a result Emma too.

Taking to Twitter, one person said: "Her nail was in the sink #Corrie."

A different account speculated: "And I assume Faye’s lost finger nail down the plug factors in somewhere??#Corrie."

Another follower put: "Is someone really gonna find Faye’s fake nail in the sink #Corrie."

A different viewer pointed out that although they had cleaned Ted's flat for evidence… they had forgotten one thing: "Not all evidence. Faye dropped false nail down kitchen sink."

While another soap watcher added: "They didn't retrieve Faye's nail from his sink though."

Also during the scenes, Ted received a parcel at his home to which the delivery driver spotted Emma through the letterbox as she nervously signed for the package.

Soap watchers were quick to point out that this could be another downfall as the delivery driver witnessed Emma at the property and that her DNA will be on the form.

While some viewers think that Ted's grandson could be Curtis Delamere, who is Emma's ex fiancé, and that "John" could be his real name after he lied about several things on the ITV soap, including a life-threatening heart condition.

During the scenes, Ted had spoke about his grandson, "John", with Emma and Faye also mentioning his family member later in the episode.

For all your updates on Coronation Street, sign up to our daily OK! newsletter.