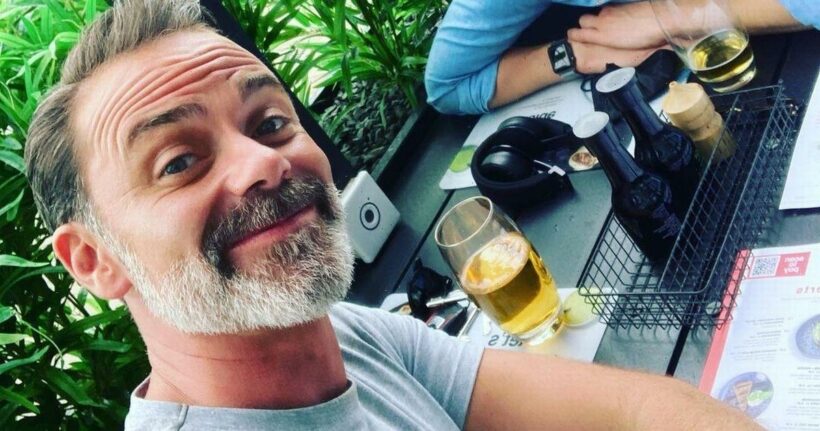 Coronation Street favourites Daniel Brocklebank and Gareth Pierce shared a selfie from their trip to the pub this week, much to the delight of their fans.

The co-stars have been acting in numerous scenes together of late, as their onscreen daughter Summer Spellman, played by Matilda Freeman, has been diagnosed with diabetes.

Things took a turn on Wednesday evening when Billy Mayhew, played by Daniel, invited Todd Grimshaw (Gareth Pierce) to move in with himself and Summer.

Taking time off from their demanding acting schedule, the soap stars grabbed a well-deserved pint in an outdoor boozer in Manchester.

Sharing a photo from their meal, Daniel wrote: "Little lunch date with @garpierce."

The comment section below was filled with delighted remarks from fans, who wondered how their onscreen romance would develop.

"Love you too on Corrie, you both are Brilliant actors," wrote one, and a second added: "Love you two together on Corrie. Paul was too needy."

"Hope you had a lovely time. Great couple on the show," added a third.

Accepting his relationship with Sean was over, Billy eventually struck up a romance with Todd – who was played by Bruno Langsford at the time – in 2016.

The following year, Billy's ex, Drew Spellman, asked him to take over the guardianship of his daughter Summer, as his days were numbered.

Forming a stronger bond, Billy and Todd decided to co-parent Summer, moving into 19a Rosamund Street as a family.

Unfortunately, things went badly wrong when Todd assaulted a police officer, and he was forced to flee Weatherfield – leaving Billy behind.

Playing the waiting game, Todd has been working hard to win Billy back since last year, and now it seems his grafting is taking effect.

Reflecting on the conflict, actor Daniel told Digital Spy last year: "Todd was more fun, Paul whinges a lot and Billy has to save him a lot. It feels very parental which isn't good in a relationship. I think he would be happier with Todd even though he's an absolute s**t!

"He might be happier without either of them. There are a lot more gays in Manchester than just those two!"

With Summer's recent diagnosis, the worried dads are working together to become a family again – hinting a second chance at love is on the cards.

Can Billy and Todd's romance stand the test of time, or will fate get in the way again?

Coronation Street airs on Mondays, Wednesdays and Fridays at 7.30pm and 8.30pm on ITV.