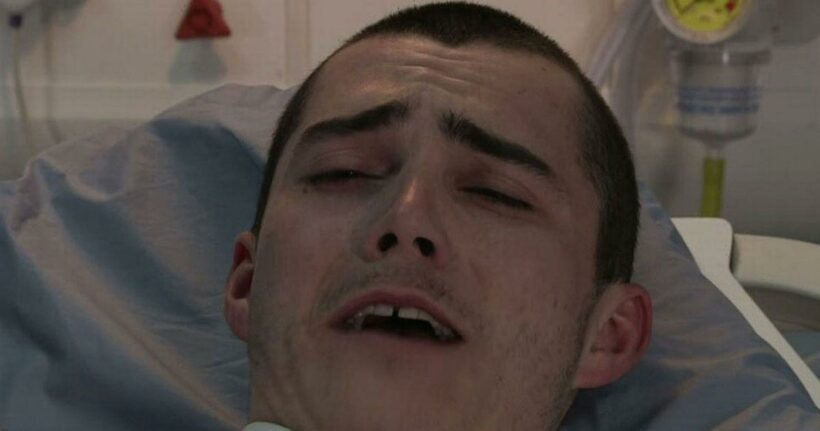 Eagle-eyed Coronation Street fans were left distracted by a glaring legal blunder during Monday night's visit to the cobbles.

It came as Corey Brent was quickly charged by police for Seb Franklin's murder, after he was involved in the hate crime against him and girlfriend Nina Lucas.

Later in the episode, Abi and Nina prepared to head to court for Corey's preliminary trial – leaving some viewers baffled by the seemingly apparent legal blunder.

"We're off to court, if you need a lift," Abi told Corey's girlfriend Asha as she approached.

"No thanks," Asha replied, insisting, "I just can't deal with seeing Corey. It's not that I'm scared!"

The pair promised to let her know how the proceedings progressed as they headed off in the car with Kevin.

One puzzled viewer took to Twitter to quickly predict: "Off to court. He ain't going to be sentenced that quick. The very least it will be reduced to manslaughter."

Someone else added: "#Corrie charged Corey without finding the evidence?"

"Hang on, have I missed something?" a third wondered. "How have they suddenly got the evidence that Corey's a killer? Last I remember, the police knew he'd gone to some alley in the middle of the night."

Others were simply ecstatic that Corey looked like he would finally be brought to justice, as one penned: "Corey being charged for GBH and murder is the best news I've heard all year! Now he can hopefully spend the rest of his miserable [life] rotting in jail!"

And someone else thought it was about time, as they wrote: "Corey's been charged… took a while but the police got there in the end!"

It comes after Kelly was put behind bars for her own involvement in the attack, despite Corey managing to wriggle out of it originally.

But after Asha took his phone and managed to track his whereabouts the nights after the attack, Corey finally admitted to police that he had been disposing of a backpack full of clothes he'd been wearing the night of the assault.

He insisted that he was worried they had Seb's blood on after he "tried to help" the battered youngster.

Police informed him that they'd sent divers into the river in pursuit of the bag of clothes, which would serve as evidence.

But Asha, Abi and Nina are worried that it could look like they pushed Corey down the stairs, after drugging him in the hopes of eliciting a confession.

Coronation Streetairs on Mondays, Wednesdays and Fridays at 7.30pm and 8.30pm on ITV