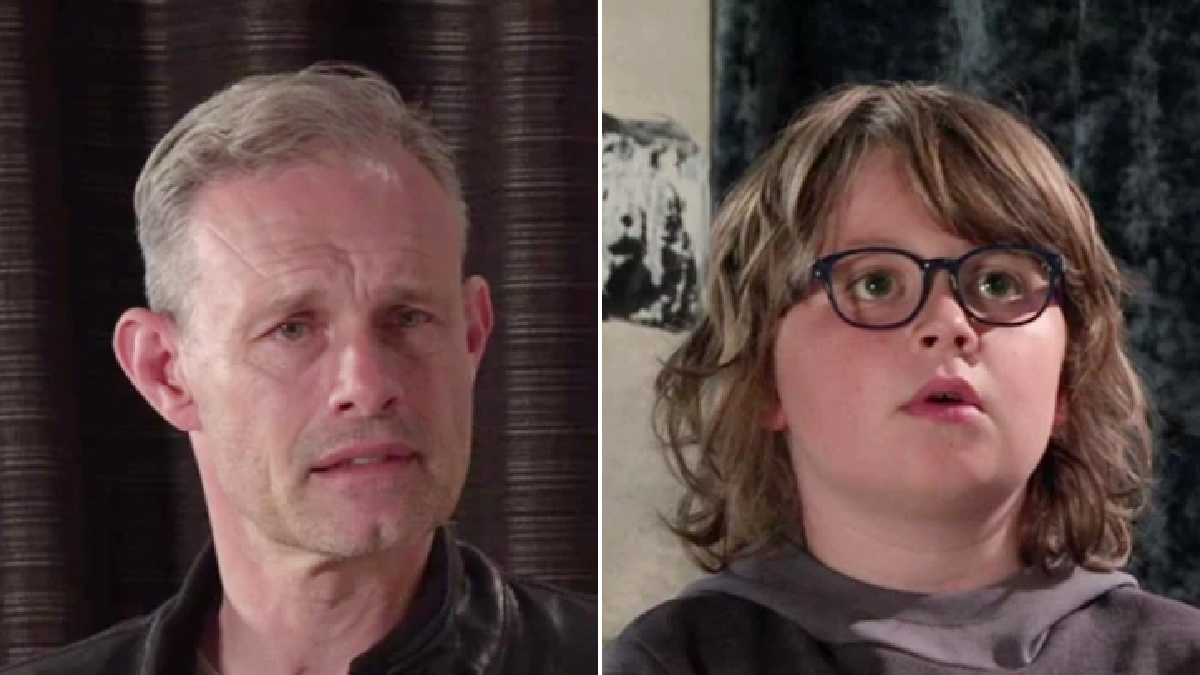 Coronation Street viewers have done nothing but praise Jude Riordan, who plays Sam Blakeman in the ITV soap.

Still in a hotel room, Nick (Ben Price) told Leanne (Jane Danson) and Sam he’d be heading back to the flat today to pick up some things.

Sam burst into the flat, much to Nick’s surprise as he was insistent he shouldn’t see the location of his mother’s death.

After seeing the area Nick found Natasha, Sam decided he wanted to visit the funeral parlour and see his mum.

Nick and Leanne were both certain the visit wasn’t a good idea, but Sam decided that if Nick wouldn’t take him, he’d go on his own.

Eventually, after learning Sam wanted to confirm in his mind that his mum wasn’t coming back, Nick held his son’s hand and made their way over to the undertakers.

Nick’s heart broke as he listened to Sam say goodbye to his mum.

Despite it only being a few days since Natasha’s death, Sam was already thinking about regret and moments such as: pulling away when his mum kissed him with ‘sticky strawberry lipstick’, thinking he should’ve danced more in the kitchen with her, and embracing the morning hugs in bed despite the fact he found his mum’s toes far too cold.

After the visit, Nick sat on the floor of the hotel room in tears, telling Leanne that Sam had locked himself in the bathroom and he couldn’t get him out.

Suffice to say Nick and Sam are both struggling following Natasha’s death.

As the funeral approaches, what will the next few weeks bring for them both?