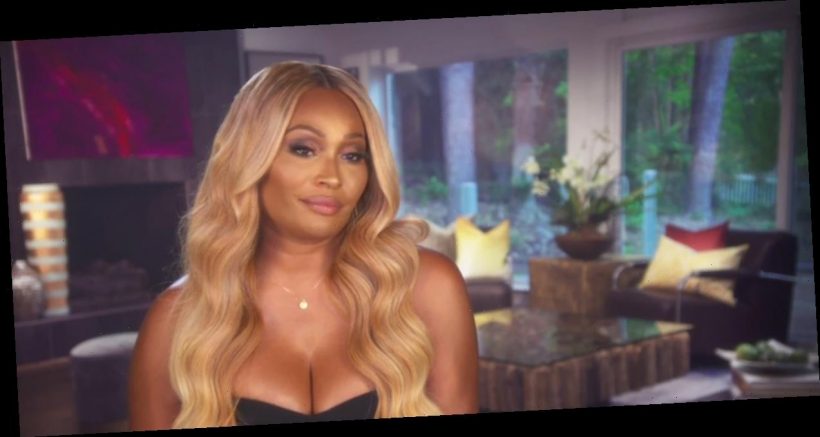 Cynthia Bailey is opening up about the "huge rift" in her relationship with her father, which began after childhood wounds were unearthed three years ago.

A decade ago, during her first wedding to ex-husband Peter Thomas, Cynthia's father, Elijah, and brother, Thomas, both walked her down the aisle. Fast-forward 10 years later, as Cynthia was in the middle of planning her wedding to then-fiancé Mike Hill on Sunday's episode of Real Housewives of Atlanta, she questioned whether or not to invite her dad to her special day.

While going over her guest list with Mike, Cynthia, 53, said that all of her family members were confirmed for the wedding — except for her dad, who lived in Alabama and whom Cynthia hadn't seen in "a couple years."

When Mike asked about the status of her dad's attendance, Cynthia said that she still needed to talk to her mother, Barbara Ford Morris, about it. "It's like, complicated," she told Mike.

"Our relationship is strained, because of what I told you happened with the whole Kenya PSA," she reminded Mike, who had not yet met her father.

But while she admitted to not having "the closest relationship with my dad," Cynthia also acknowledged that "he's not going to be here forever. So I just want to at least give him the option to come if he would like to come."

"There could be drama with my mom. I mean, she'll just be uncomfortable and upset with me," she told Mike about her dad attending, also admitting, "I want him to come. That day is our day and whatever issues anyone has, I want them to put them aside for that day."

The strain in the Bravo star's relationship with her dad began after she and Barbara appeared in costar Kenya Moore's domestic violence PSA three years ago. (It aired in season 10, episode 17.)

"After my mom did Kenya's domestic violence PSA, it caused a huge rift in my relationship with my dad," Cynthia told cameras.

In flashback footage on Sunday's episode, Barbara was seen filming the PSA and recounting an alleged incident with her ex, claiming "he became insanely jealous. He did something bad enough for me to grab a knife." When asked by Kenya what Barbara would say to her daughters, she advised, "Don't ever let a man hit you. Don't ever let a man talk ugly to you."

Barbara also recalled in the PSA, "I had Cynthia when I was 18 years old. We got married and he hit me. I didn't want my daughter to see that," she said, wiping away tears.

At the time the PSA was recorded, Cynthia said in a confessional that she was "so proud of my mom for speaking up and sharing her story with the world. She's from that generation where you just didn't talk about this stuff. I think being a part of Kenya's PSA is going to give her the closure that she needs."

Closure, though, didn't seem to be what Barbara got from publicly sharing her story.

At the conclusion of the episode, Cynthia went to her mom's home, where she sat with her daughter, Noelle Robinson, and sister, Malorie Bailey-Massie, and they all discussed the possibility of "extending an invite to our dad to the wedding."

Barbara's response? "I'll just put my mask over my eyes."

"I mean, honestly, I hadn't talked to him myself since the whole PSA thing. Both of us posted a picture on Father's Day and I know that hurt your feelings," Cynthia told her mom, who reminded her: "Cynthia, I've been your mom and your dad all your life. [Malorie] was 3, you was 4 — he quit being your dad then, as far as I'm concerned."

Though Barbara said she didn't "hate" her ex-husband, she didn't "like the way that he treated me when I was younger, trying to get child support and everything for you all."

The family matriarch also brought up another thing that upset her: the PSA, which Barbara said "really hurt" her.

After Barbara said she didn't actually know what a PSA was at the time, Cynthia apologized for putting her mom in that position. "I told her about the PSA. It was always her choice, so there was no reason for her to be a part of it, other than she wanted to share her story, which I know for a fact was inspiring to a lot of the women that have dealt with domestic abuse," the RHOA star told cameras.

As for Elijah receiving an invite to Cynthia and Mike's Oct. 10, 2020 wedding, Barbara said she didn't care if her daughter invited him. But Noelle came to her grandmother's defense, and advised Cynthia to prioritize Barbara's feelings: "She always puts every single one of us first, so why not put her first this one time?"

Ultimately, Cynthia was receptive, saying, "I'm good with it. I have what I need to move forward." Said Noelle, "And I feel like it's clear what needs to happen."

If you are experiencing domestic violence, call the National Domestic Violence Hotline at 1-800-799-7233, or go to thehotline.org. All calls are toll-free and confidential. The hotline is available 24/7 in more than 170 languages.