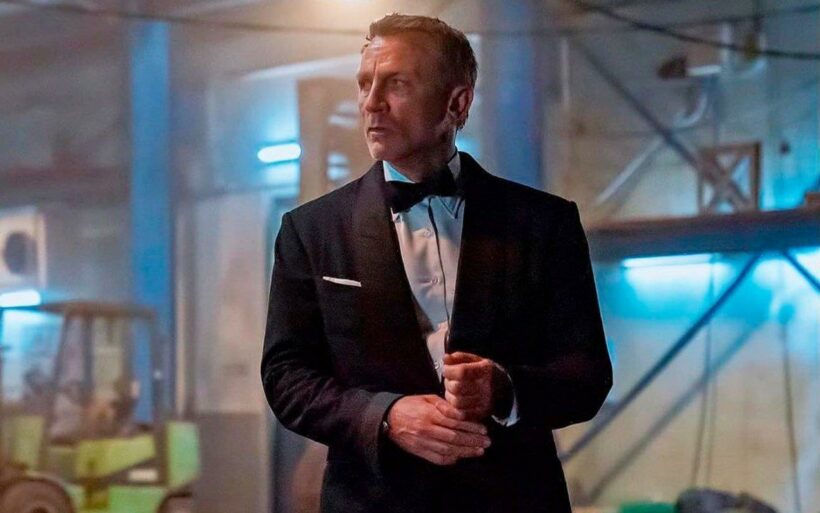 The ‘No Time to Die’ actor admits he nearly passed up the chance to play 007 agent as he found it hard to cope with the immense pressure of being the new lead in the franchise.

AceShowbiz –Daniel Craig used to “lock himself in and close the curtains” as he struggled to cope with the fame attached to the iconic role of James Bond.

The 53-year-old actor is to portray the suave British spy for a final time in forthcoming film “No Time to Die“, but has recalled how he felt “physically and mentally under siege” when he first got the part of 007.

Daniel – who made his Bond debut in 2006 movie “Casino Royale” – said in Apple TV+ documentary “Being James Bond“, “My personal life was affected by being that famous all of a sudden. I used to lock myself in and close the curtains, I was in cloud cuckoo land.”

“I was physically and mentally under siege. I didn’t like the newfound level of fame. It was Hugh Jackman who helped me to come to terms with it and appreciate it.”

The star also read numerous “hate-filled” online comments after it was revealed he was taking over from Pierce Brosnan as the secret agent.

“I went online and stayed up all night and read everything because that is what happens if you do that,” he said. “And it was tough, really tough – hate-filled.”

“And I woke up the following morning I went, ‘F**k it, I know the film is going to be good.’ I knew we were doing something really special.”

After producer Barbara Broccoli had offered Daniel the part, he wasted no time getting into character.

The “Knives Out” actor set about getting drunk on Bond’s beverage of choice – martinis.

“She just went, ‘Over to you kiddo.’ And I grabbed a bottle of vodka, vermouth, a cocktail shaker and went back to my apartment and started mixing myself vodka martinis,” he said. “It was my first bit of exercise. I had a hangover for three days.”

But Daniel nearly didn’t have that hangover.

The star admitted he was prepared to pass up the chance to be Bond – but after he read the “solid” “Casino Royale” script he couldn’t say no to the role.

“As far as I was concerned I was already more ­successful than I would ever be as an actor – I did not have a cool persona,” he added. “Pierce had done ‘Remington Steele‘, Roger Moore had done ‘The Saint‘ – they had done these parts where ­people had gone, ‘That’s James Bond.’ “

“I had done weird arty movies. It was a harder sell. And I didn’t really want to do it, because I thought I wouldn’t know what to do with it. I was going to get the script, read it, and say, ‘Thanks but no.’ But little did I know, it was Casino Royale. The story was solid, the script was solid.”

He once infamously admitted he would “rather slash his wrists” than play the character again, but he has now said he has “loved every single second” of portraying 007.

“I am incredibly proud and incredibly fortunate to do this,” Daniel said. “I’ve loved every single second of these movies, and especially this one because I’ve got up every morning and I’ve had the chance to work with you guys, and that has been one of the greatest honours of my life. As far as I’m concerned, I’ve got the best job in the world.”