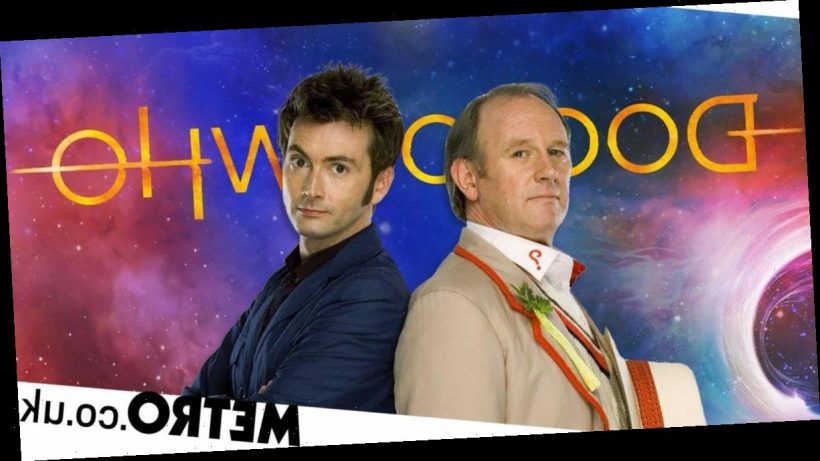 David Tennant and his father-in-law Peter Davison are set to team up for a time-bending Doctor Who adventure, transporting listeners to different points in history in the French capital.

Between 2005 and 2010, David, 49, played the 10th incarnation of the Doctor, succeeding Christopher Eccleston as the charismatic Time Lord.

Peter, 69, played the Fifth Doctor in the early 1980s, later going on to star in TV programmes including A Very Peculiar Practice and Law and Order: UK.

Aside from both playing the Doctor, David and Peter share another close connection, as David is married to Peter’s daughter, Georgia.

Having starred together in a 2007 mini-episode of Doctor Who called Time Crash, David and Peter are to be reunited in the Doctor Who universe yet again, this time for an audio special.

Titled Doctor Who – Out of Time: The Gates of Hell, the adventure will feature the two Time Lords going up against the Cybermen, cyborgs who have appeared as foes to the Doctor on multiple occasions.

In the year 1809, the Fifth Doctor (Peter) ventures into the Catacombs in Paris, as the Tenth Doctor (David) does the same in 1944 while hiding from the Nazis during the Second World War.

In the description for the audio special, it states: ‘A collision of two Doctors’ timelines triggers a temporal catastrophe, granting the Cybermen dominion over the Earth.

The story is the second in a trilogy of specials featuring different incarnations of the Doctor.

Producer David Richardson said that they’d had the idea to bring David and Peter’s versions of the Doctor together again ‘for some time’.

David described working with his father-in-law as ‘rather nice’ and ‘lovely’, stating: ‘I suppose we first met each other in a work environment so it’s quite nice to revisit that.’

Meanwhile, Peter said it was ‘slightly intimidating’ working with his son-in-law and cast member Mark Gatiss, admitting that he ‘felt like I had to up my game’.

In addition to David, Peter and Mark – who is playing a character named Joseph Delon – the Doctor Who adventure also stars Shelly Conn as time agent Tina Drake and Nicholas Briggs as the Cybermen.

Doctor Who – Out of Time: The Gates of Hell is due to be released in June 2021. It is available to pre-order as a collector’s edition CD for £10.99 or a digital download for £8.99 from www.bigfinish.com.