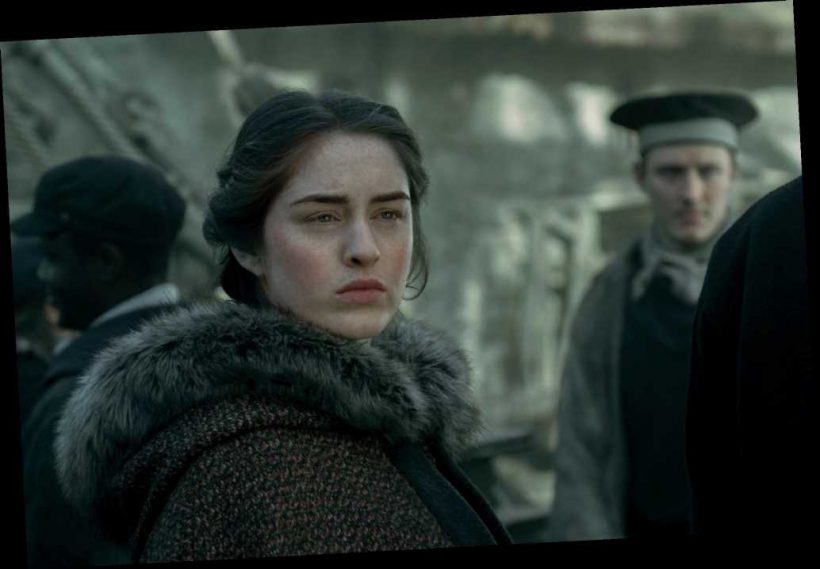 Netflix's adaptation of the popular book series Shadow and Bone is almost here.

On Friday, the streaming service released a dramatic new teaser trailer for the upcoming show, which premieres on April 23.

Shadow and Bone is based on the bestselling fantasy book series by author Leigh Bardugo and stars Jessie Mei Li as Alina Starkov, a teenage orphan who grows up in the fictional land of Ravka and has just unleashed an extraordinary power that could be the key to setting her country free. In the new trailer, a mysterious voice begins, "The Shadow Fold — a scar on the map that tore our country in two. To destroy it, we need a miracle."

We then see Alina setting off to sea, only to be attacked by mythical, winged creatures. Then, there's a flash of light and she's suddenly being escorted by armed guards.

"So who actually saw what happened?" Barnes' General Kirigan asks.

"We were attacked, and then there was a searing light," Alina replies. "What are you?" he says, as Alina is shown struggling to hone her powers and training for an elite army of magical soldiers known as Grisha.

"Answer the question: What are you?" Kirigan later asks again.

"A mapmaker? Well, you and I are going to change the world," Kirigan concludes.