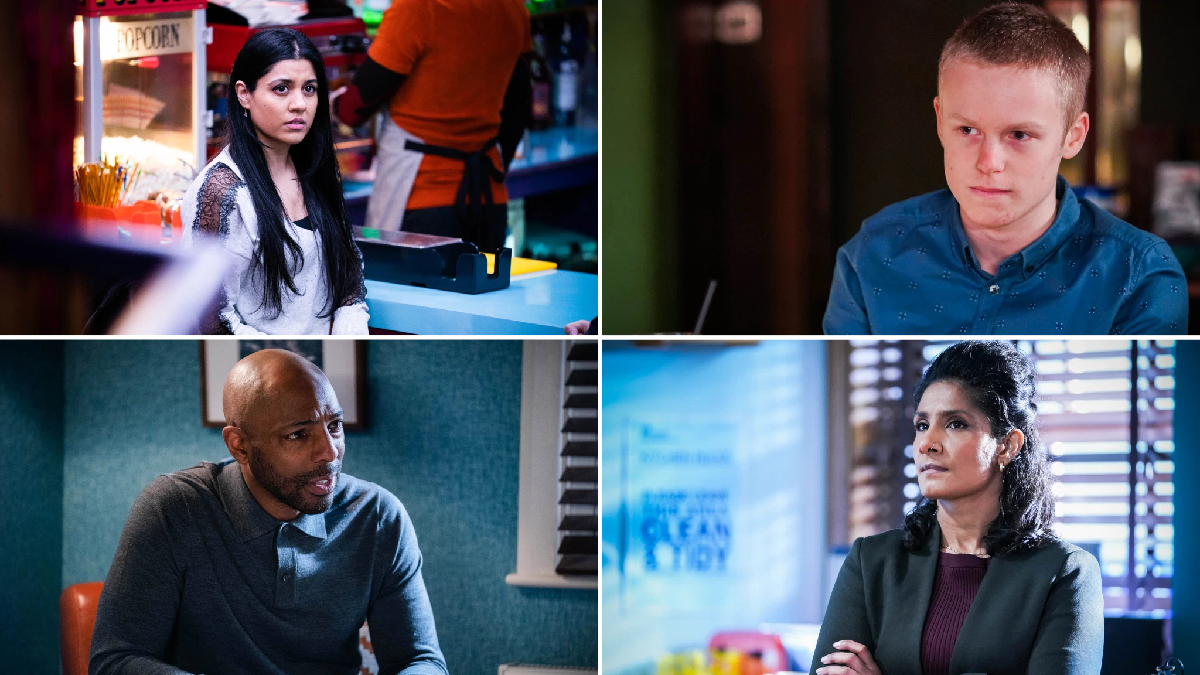 Kim Fox-Hubbard (Tameka Empson) continues to wear her matchmaking hat in EastEnders – and this time it’s the turn of Bobby Beale (Clay Milner Russell) to head out on a date. Will he find romance?

Elsewhere, there could be passion for Lucas Johnson (Don Gilet) and Karen Taylor (Lorraine Stanley) but Lucas is not sharing the full truth. And soon, there is bad news for the Taylors when Bronson has to be put down…

Things are tense as Jack tells Denise about her betrayal. When Denise confronts her, Chelsea is indifferent. Later, Lucas makes a big promise to Chelsea but she is playing him again.

Kim can tell that Peter and Ash fancy each other and encourages them to date. As things sizzle, Suki arrives and dampens the mood, making things awkward for Peter. Later, Peter confronts Suki and demands to know what her game is.

Ruby is certain that she wants to move on but Martin isn’t so sure. Later, Ruby is hit with grief after sharing a moment with Hope.

Jay tells Honey that things aren’t going well with Billy and when a talent scout introduces herself as having an interest in taking on Janet.

Kim sets up shop at the Albert and summons Ash. She and Peter share a passionate kiss as Iqra arrives. But Kim has a master plan for Iqra.

Ash worries about lonely Bobby and when Peter says he is a messed up kid, Bobby overhears. Later, a guilty Ash reassures Bobby.

Karen flirts with Lucas and he later catches Chelsea bullying Jack but she issues a huge reminder. Lucas is shocked at how easy lying comes to her. Later, Lucas takes Karen on a date – but introduces himself as Jordan.

Bernie and Mitch question Karen about the date while Lucas’ probation worker tells him they have found him a job and flat in Newcastle. During the date, Karen sends Lucas’ picture to the family chat.

Denise orders Lucas to get the job and leave Walford. Later, Lucas, posing as Jordan, makes a secret call.

Jay and Billy argue over who will take Janet to the audition. Honey later takes a fall and hurts her back. A miscommunication means Janet is not picked up from the audition – and they arrive to find the place empty.

Lola and Isaac flirt while Isaac encourages Bailey as she is sad about Mother’s Day approaching.

Kim decides to set Bobby up via an app – and he goes on a date with a girl called Jade but he is extremely nervous.

Bailey is successful at the science fair – but the Taylors are hit with a shock when they get the bad news that Bronson has to be put down.

Lucas is at a job interview but Caleb knows who he is. As he insults her, Lucas loses his cool but Caleb turns the table. Lucas has no choice but to agree to the job to keep Chelsea safe – but he wants her to visit church in return.