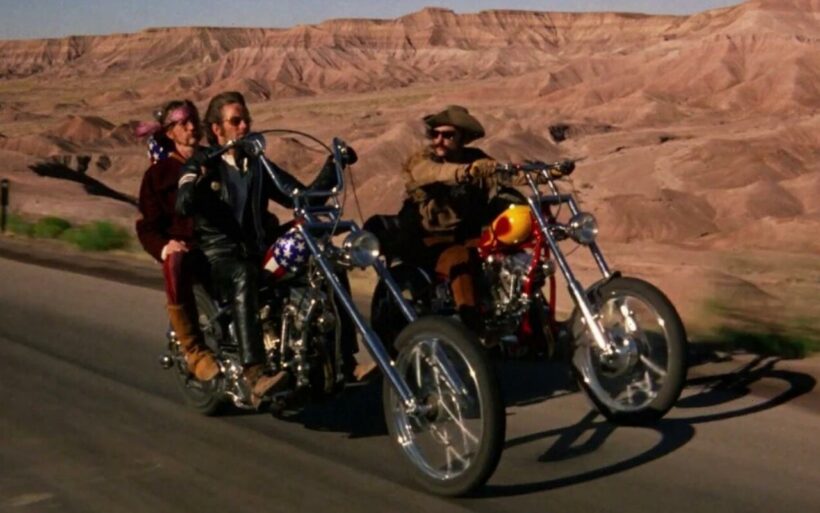 The classic drug-laden road drama originally starring Peter Fonda, Dennis Hopper, and Jack Nicholson is being resurrected for the big screen, decades after its release.

AceShowbiz -An “Easy Rider” reboot is in development. Starring Peter Fonda, Dennis Hopper, and Jack Nicholson, the classic 1969 film is credited with showcasing the changing socio-political landscape in America at the time.

A consortium of producers – including Maurice Fadida’s Kodiak Pictures, Defiant Studios’ Eric B. Fleischmann, and the Jean Boulle Group -own the adaptation rights to the film that was originally released by Columbia Pictures.

The team behind the reimagining are looking for bold writers and director to update the project for modern times. Fadida told Variety, “Our goal is to build upon the counterculture and freedom narrative the original left us with, and give the youth of today a film that pays serious attention to their own countercultures and challenges.”

“What the young viewers of today are experiencing in their everyday lives may seem crazy to older generations, but it can be very well become the societal norm, as was the case with the cultural shift of the late 1960s. We are hoping to play a part in that shift.”

“Easy Rider” featured Hopper and Fonda as two bikers who travel across the American Southwest and South with the proceeds of a cocaine deal. Real drugs were used in scenes showing the use of marijuana and other substances. Fonda and Hopper wrote the film together with Terry Southern.

The movie earned $60 million worldwide from a filming budget of $400,000 and was selected for preservation in the United States National Film Registry in 1998 for being “culturally, historically, or aesthetically significant.”