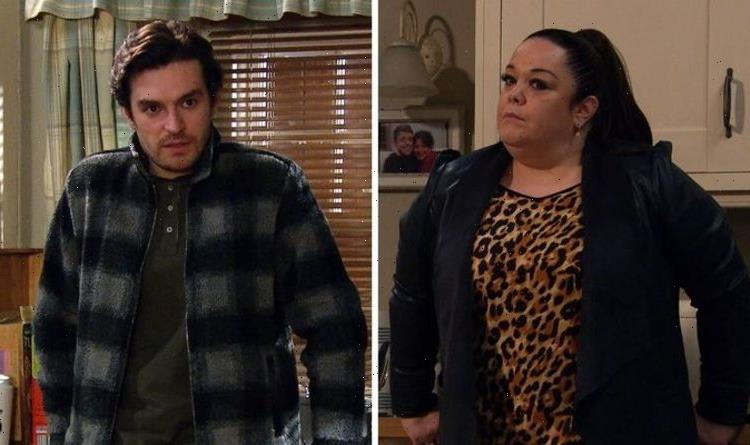 With Mandy (played by Lisa Riley) trying to regain control of her family after the traumatic months they’ve endured, she takes extreme measures. Official Emmerdale spoilers have confirmed future scenes will see the beautician turning to dodgy dealings in order to sort out her finances without the help of her son Vinny Dingle (Bradley Johnson). But this will land her in grave danger – will she escape?

In upcoming scenes on the cobbles, Vinny will begin to feel guilty about moving back in with Liv Flaherty (Isobel Steele).

Mandy starts to sort through Paul’s possessions while Lydia Dingle (Karen Blick) and Sam Dingle (James Hooton) head off to the bank to try and prove that Lydia’s credit card debts were incurred fraudulently by Paul – but it doesn’t go well.

But Charity plays hardball and instead offers to buy the salon from her. 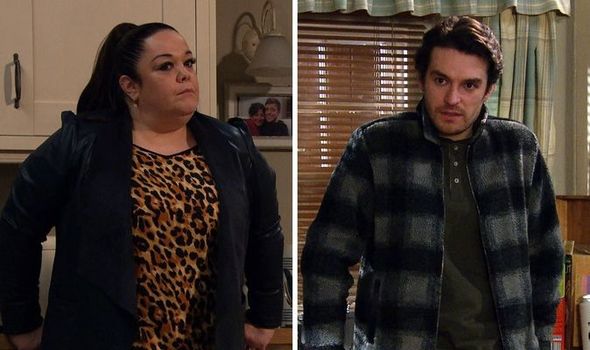 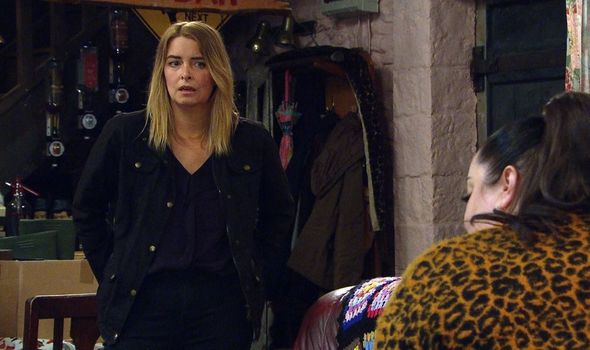 Later, Vinny studies a notebook he found amongst Paul’s things, whilst Mandy, Lydia and Sam all head to the Woolie to brainstorm ways to pay off the credit card debt.

When Liv turns up at the Dingles’, Vinny tells her that the notebook is a comprehensive account of Paul’s winnings and losses.

It also contains inside info on future tips. Liv thinks she’s persuaded Vinny to turn the page on Paul, but when she leaves, he logs into a gambling website.

Nicola King (Nicola Wheeler) and an over-confident Mackenzie Boyd (Lawrence Robb) are discussing a covert meeting they’re planning on having at Butlers when they clock a suspicious Mandy listening in. 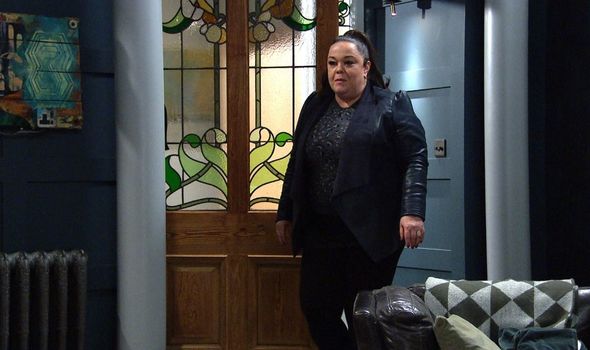 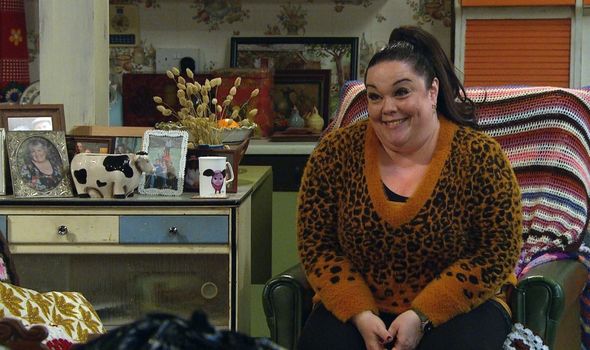 Vinny guiltily places a secret bet, but Mandy walks in on an enthralled Vinny watching the end of the race.

His bet was a winner, which could help them out financially, but Mandy’s worried that he’ll end up like his dad.

A plan forms in her head to take the responsibility for their situation off Vinny’s shoulders.

But the idea could land her in big trouble – and it will be a tough one to get out of.

Putting her plan into action, Mandy pays Mack a visit at Butlers.

She knows he’s up to something and threatens to blow the whistle unless he cuts her in.

Mack’s left rattled as he realises determined Mandy won’t take no for an answer.

Mandy and Mack meet with Kev and soon Mandy’s actions leave them both in grave danger.

But how much trouble is she in? Mack is known for helping those on The Dales to make some quick money when needed.

But often, these plans lead residents into more trouble than they’re worth.

Mandy also isn’t known for being subtle about things, and barging in on a secret meeting isn’t likely to do her any favours.

The meeting is bound to involve some pretty dodgy people, who won’t be happy to see a desperate, indebted stranger wanting in on their plan and threatening to expose whatever it is they’re up to.

It’s likely that whoever the people are, they might try to silence Mandy.

If things get violent, Mack will probably step in to defend Mandy, but they aren’t likely to overpower a team of dodgy thugs.

Could they both end up badly beaten, and if so, will Vinny’s frightening behaviour get worse as he tries to sort the debts himself?

Viewers will have to tune in next week to find out what happens, and if Mandy manages to come out of the situation unscathed.

Emmerdale continues on Monday at 7pm on ITV.