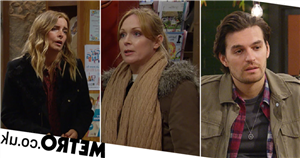 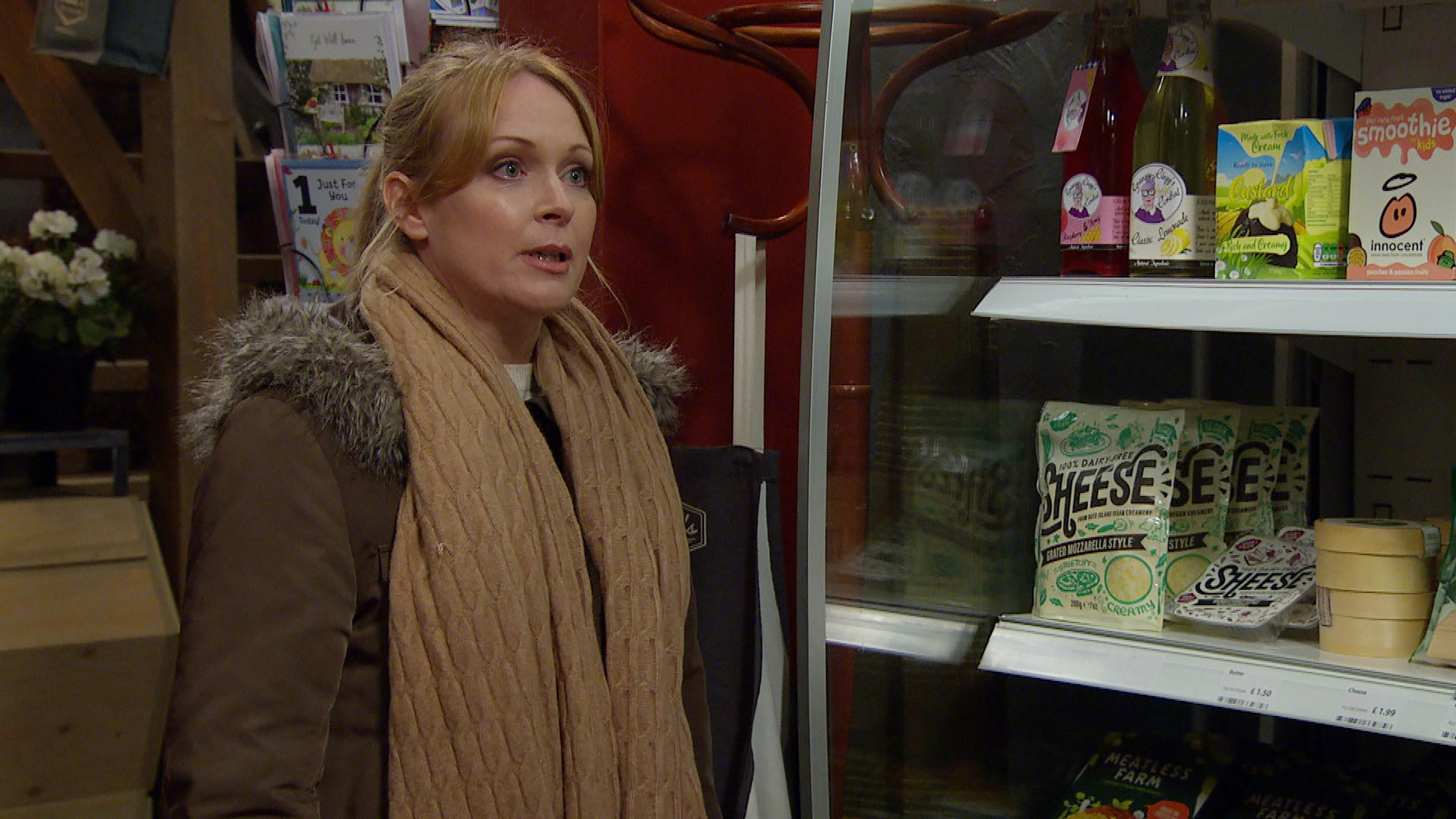 After 19 months away on maternity leave and caring for her young son Teddy, Michelle Hardwick returns to Emmerdale as Vanessa Woodfield soon after Christmas. And it’s not long before Vanessa is in the thick of the action once again.

Michelle Hardwick says that it wasn’t a problem to get back into the character, even after being away for so long.

‘As soon as you get back and get the yellow coat back and the hair in a pony, it was quite easy to hear her voice again,’ she says.

It’s a difficult reintroduction to the village for Vanessa, as the first people she sees are her ex, Charity Dingle (Emma Atkins), and Charity’s new love Mackenzie Boyd (Lawrence Robb).

‘She is aware – she’s not daft – that Charity is with Mackenzie,’ says Michelle.

‘Obviously her sister has kept her in the loop. A lot of time has passed, a lot of water is under the bridge. What she didn’t sort of expect is that the first people she saw were Charity and Mackenzie. And not only seeing them – but seeing them declaring their undying love for each other right in front of her.’

Michelle says that while Vanessa was expecting to encounter the couple at some point, ‘when you see them in person it’s a reminder of what Charity put her through when she was going through cancer and the treatment. And it’s like “wow, OK”. And the first thing she sees is those two rubbing her nose in it.’

But is it true love between Charity and Mack – or will Vanessa’s reappearance put a spanner in the works?