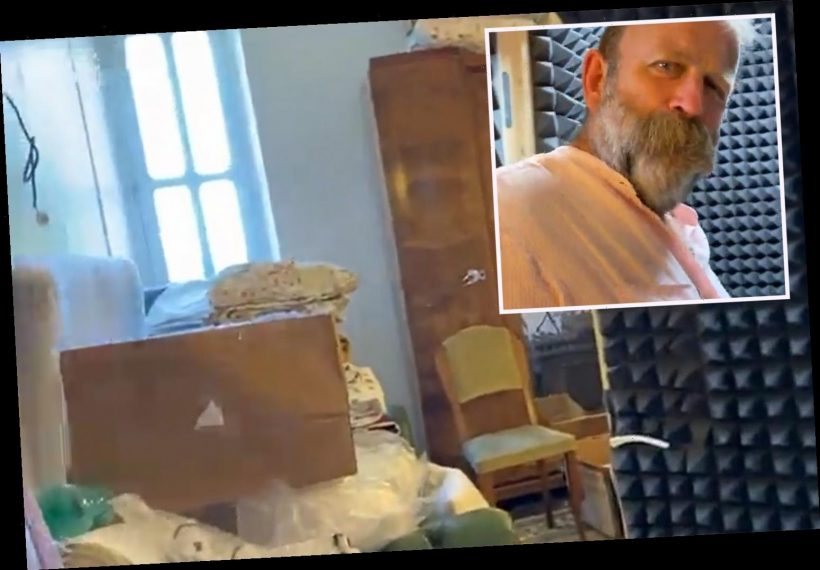 ESCAPE To The Chateau's Dick Strawbridge was NOT impressed when wife Angel exposed a secret room to fans.

Dick, 61, and Angel, 42, have been renovating their French chateau on the Channel 4 documentary series since 2016.

During that time, viewers have seen the couple turn the stunning property from an uninhabitable state into a home and wedding business.

But despite this, it seems viewers haven't seen every nook and cranny of the 19th Century castle, after a secret room was revealed in a family video.

Angel took to their website to share an update on their restorations with fans, and headed around different parts of the chateau.

At one point, she headed down a corridor and into a room where Dick had been working on a secret recording studio.

Dick looked startled as his wife entered and said: "My husband's in here and it’s very, very hot and you’re off into the booth, aren’t you Mr Strawbridge."

With the camera close in on his face he replied: " Oh, hello. You’re just coming in and pointing a camera at me. I’m about to get in here and be busy."

As he stepped away, a door with sound proofing could be seen and as Dick moved inside, a small recording booth was revealed.

The walls inside were also covered in sound proofing while Dick sat at a desk covered with recording equipment.

Realising he wanted to get on with whatever he was doing, Angel said: "Sorry, do you want me to close the door?

"I’ll be quiet, although I don’t need to because you’ve got a recording booth."

With that she closed the door on Dick and headed off to continue her whistle stop video tour of the chateau.

Escape to the Chateau is available on All4.