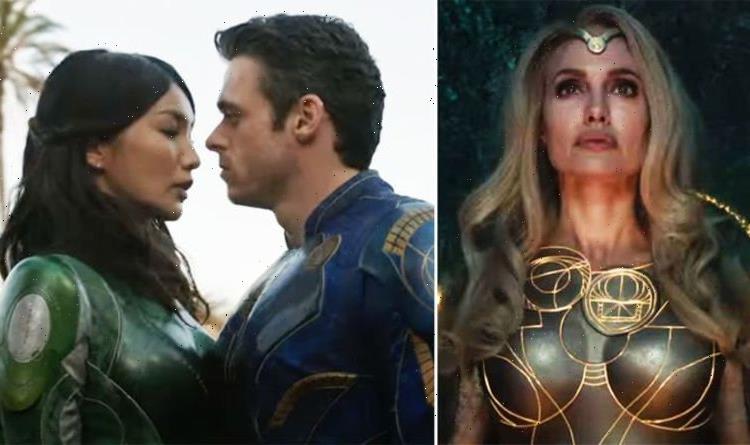 WARNING: SPOILERS FOR ETERNALS ENDING AHEAD. Marvel’s latest blockbuster saw many twists and turns and concluded with the Eternals parting ways. Having discovered their origin and true purpose, Thena, Druig and Makkari flew off into space on their ship Domo to look for others like them and get them on board with their cause.

Meanwhile, Sersi, Phastos, Kingo and Sprite continued to live on Earth, before the Celestial Arishem the Judge appeared above the planet.

Having saved the world by freezing Tiamut while being born, they had disobeyed their mission and the purpose they were created for.

Arishem took the first three mentioned into space, telling them that while he will spare Earth for now, they must face judgement for their actions, before zooming off across the universe with them.

As for what could happen next, presumably an Eternals 2 could see the immortals face off against Arishem and other Celestials.

Meanwhile, the first end credits scene caught up with Thena, Druig and Makkari on Domo.

Harry Styles showed up as fellow Eternal Eros aka Starfox, who is Thanos’ brother, alongside his sidekick Pip the Troll played by Patton Oswald.

Starfox offered his help in finding others like them, so no doubt we’ll be seeing much more of him.

As for Eternals 2, the sequel has not been confirmed and the first film’s producer has admitted it’s no guarantee.

Eternals producer Nate Moore told the Toronto Sun last week: “It’s not something that is a must-have.

“Obviously, we have ideas of where we could go, but there isn’t a hard and fast rule where we have to have three of these things and this is the first.”

No doubt Eternals’ box office will play a part in whether Marvel Studios decide to make a direct sequel or not.

The financial takings for the film will be particularly interesting considering the 26th MCU movie scored the franchise’s first-ever green splat on Rotten Tomatoes.

As it stands, Eternals has just 50 per cent positive reviews at time of writing after 238 reviews.

The Rotten Tomatoes critics consensus reads: “An ambitious superhero epic that soars as often as it strains, Eternals takes the MCU in intriguing — and occasionally confounding — new directions.”

Of course, the Eternals characters don’t necessarily have to have two more solo movies as they can feature across other Marvel movies and TV shows in the shared universe.

Eternals is out now in cinemas.