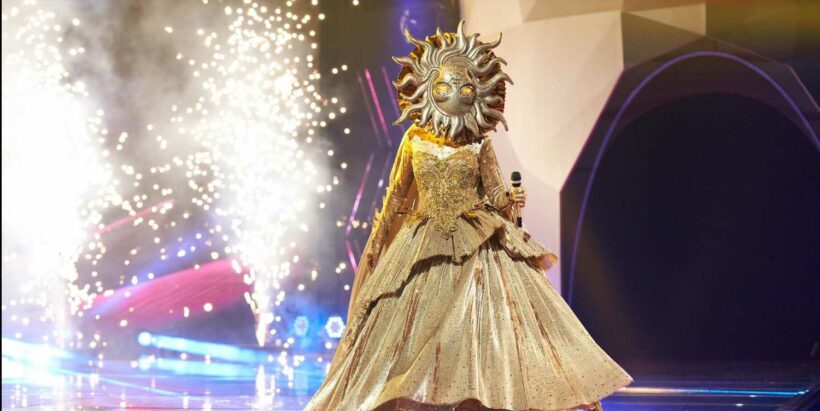 Since last year, it’s been clear Netflix has become the place for new reality dating TV shows. I mean, just one look at Love Is Blind or even the upcoming season of Too Hot to Handle as proof, but the streaming platform’s newest show about ~romance~ involves more, uh, costumes.

I present to you: Sexy Beasts, the newest love competition from our good friends at Netflix. And before you say to yourself, “Wait, what?” don’t worry. Everyone’s just as confused as you are! But lucky for you, we have answers to a few very important questions about who/what/when/where/WHY this show is what it is, because we all need them right about now.

Here’s what we know about Netflix’s Sexy Beasts:

Okay what exactly is Sexy Beasts about?

Good question! The show is based on a hit 2014 British TV series and produced by Lion TV, and I like to think of the concept as a blend between The Dating Game and The Masked Singer.

As Variety reports, here’s how each episode is expected to go down: a single person looking for an emotional connection goes on three dates…normal, right? Wrong. Here’s the catch: Each of the person’s dates will be dressed up as some animal or mystical creature thanks to the help of Hollywood prosthetic artist Kristyan Mallett, who is best known for her work in Mission: Impossible and The Theory of Everything.

At the end of the episode, the featured single person will choose who they want to continue dating and only then will their ~true secret identity~ be revealed.

Actually, now that I think about it…this concept works more than I initially admitted.

Interesting! Now who is part of the cast?

Until the show premieres, it’s highly unlikely we’ll find out exactly who signed themselves up for this highly interesting Netflix show. But we do know one thing: Each episode will have a standing narrator, and that job will be filled by Catastrophe star Rob Delaney.

When does Sexy Beasts premiere?

There is indeed a start date! Be sure to turn your eyes toward your Netflix queue on July 21, because you might end up bingeing all six episodes in one sitting. At least that’s what I’m planning on doing that day.

Bonus news: Sexy Beasts has already been slated for a season 2. Netflix will drop six more episodes later in 2021, just in case this summer bunch isn’t enough for you.

As Simon Welton, creator and executive producer for Lion TV, told Variety: “Making ‘Sexy Beasts’ for Netflix has been an incredibly exciting process. With an international cast featuring some truly brilliant characters, a host of prosthetics which look extraordinary in 4K and with Rob Delaney narrating, the viewers are in for a real treat. I hope the show puts a smile on peoples’ faces as they play along to discover who’ll fall in love with who and what our cast all really look like.”

Sounds like we’re in for a wild romantic ride, don’t you think?

Want more intel on all your fave Netflix shows? Yeah. We know you do. You can find all of our entertainment coverage here.