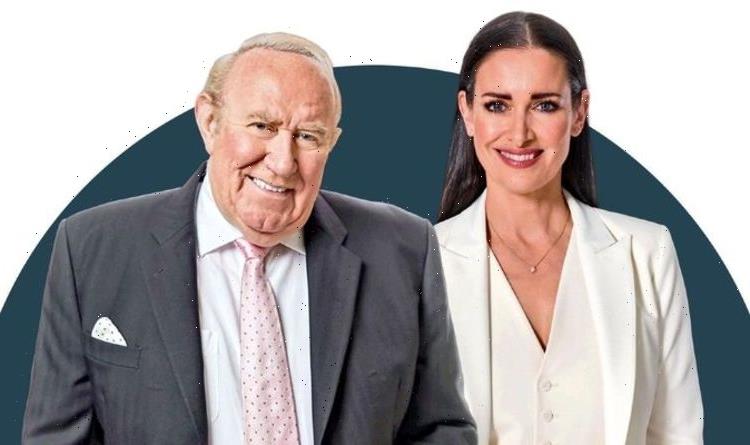 GB News: 'William and Kate doing what Diana would expect'

The daily news channel will be making some changes to its schedule from this week as two new segments join GB News after the summer. They’ll join the already announced four new political programmes expected to coincide with presenter Andrew Neil’s return from his extended break.

Two new additions will be joining the GB News line-up from September.

The series promises “a comprehensive round-up of the weekend’s sporting action, including big-name interviews, guests and debate as well as highlights of all the main events.”

Plus, Liam Galligan will be presenting a half-hour segment dedicated to business titled On the Money.

The series will air weekdays from 1pm-1:30pm starting next Monday, September 6.

Despite launching just over two months ago, the channel has already seen a number of changes including the lengthy departure of chairman Andrew Neil.

The sports and business shows will be airing with the recently announced political shows also launching in September.

The channel’s already popular The Briefing: PMQs will take over De Piero’s slot on Wednesdays at 12pm, with Fantasy PMQs returning when Parliament is in recess.

DON’T MISS:
GB News BOOST as campaign to boycott advertisers has helped channel [LATEST]
‘No heatwave’ incoming as Britons told to prepare for ‘teens at best’ [INTERVIEW]
Farage says ‘there will always be peace in Europe’ [COMMENT]

Afternoon coverage will start with The Briefing PM with Darren McCaffrey, before heading into GB’s already popular evening segments.

This includes a show presented by former UKIP Leader Nigel Farage, Dan Wootton on Monday-Thursday and Mark Dolan on Fridays.

This is the latest in a number of changes to GB News’ line-up, as Farage also took a short break from his programme on Monday afternoon.

Plus, newcomer Patrick Christys will be taking over from Colin Brazier and hosting To The Point with Mercy Muroki on weekday mornings.

Andrew Neil is also expected to return to his 9pm slot sometime in September.

However, the presenter has not made his return to the series official so his future with the channel is still uncertain.

GB News have also confirmed regular news bulletins will be incorporated into its daily programming in the near future.