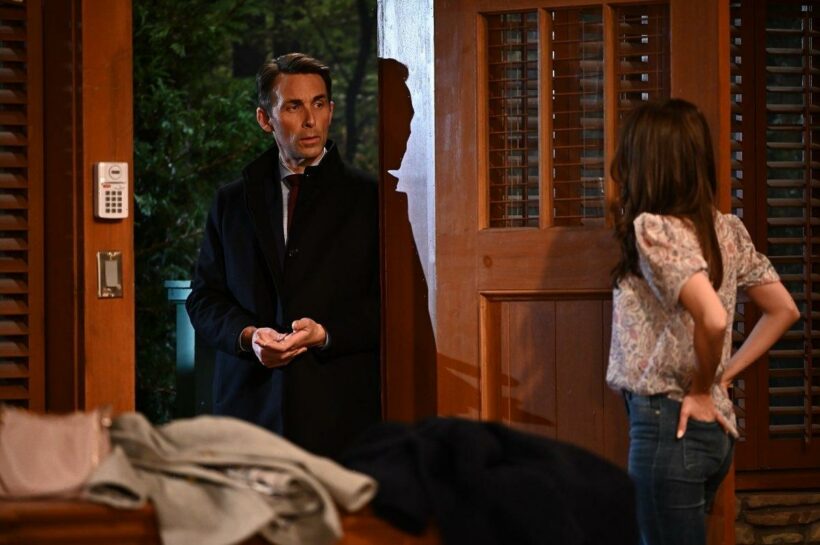 General Hospital fans who may be a little tired of the Jarly storyline can take comfort in knowing that the story will be expanding to other love lives soon, as well. This week’s spoilers will feature Carly, of course. She’ll still be torn between two lovers — Jason and Sonny. But as Carly struggles in her love life, Anna and Valentin are faring a little better.

[Spoiler alert: Potential spoilers for upcoming episodes of General Hospital are ahead.]

On ‘General Hospital,’ Anna and Valentin are growing closer

General Hospital fans know that Anna and Valentin have been working very closely together. Most recently, they’ve been digging around to find out the truth about Peter’s body. Now that Peter’s alive, though, Valentin may be put at risk. Peter’s not the type to just let things go, you see.

But while Valentin may be dealing with some Peter drama, the latest General Hospital spoilers from SoapHub tease that he and Anna will be growing closer in the coming episodes. “Unlike some of the show’s recent forced fabricated pairings, Valentin (James Patrick Stuart) and Anna (Finola Hughes) have history and a wealth of it,” they said. “Their back story is fascinating and was begging to be explored. Fast forward to 2016 when they reconnected in Port Charles. Things were dramatically different. Valentine was now dashing and dapper, while Anna didn’t even recall their initial encounter.”

The outlet also said that along the way, the pair became close and trusted friends. And what better way to start a relationship than as the best of friends?

While Anna and Valentin are taking off, the latest General Hospital spoilers from Soaps @ SheKnows reveal that Carly is struggling with the resurrection of her dead husband, Sonny Corinthos. And she’s determined to get some answers, no matter where they lead to.

According to the outlet, the Oct. 4 episode of the show will be a pivotal one in the Carly and Sonny saga. That’s when Carly will confront Sonny with a secret she found out about Nina. But it’s unclear if this will lead to the result Carly thinks it will lead to.

“When Carly tells Sonny why she believes Nina did what she did, something tells us Mrs. Corinthos won’t be speaking in glowing terms with regards to her nemesis!” reported the outlet.

Other General Hospital spoilers from Celeb Dirty Laundry reveal that the drama’s just getting started in Port Charles for the rest of the residents.

As Sonny comes to terms with the Carly and Jason marriage. Esme does something to anger him — and the outlet’s spoilers tease that this will lead to Esme’s demise. Esme’s lie about Nikolas won’t sit well with anyone, but least of all Sonny. And this is to say nothing of the issues that Nikolas is having with Spencer (oh yes, those are still going on), and how Ava plays into it.

Will the upcoming episodes of General Hospital show things unraveling for the residents of Port Charles? (Spoiler alert: of course they will!)