Nicola Sturgeon will appear in Edinburgh today to answer questions about her involvement in the Alex Salmond saga. The First Minister of Scotland is facing growing calls to resign after legal documents were published showing she went ahead with a legal challenge against Mr Salmond. Good Morning Britain hosts Piers Morgan and Susanna Reid welcomed Mr Blackford onto the show to discuss the accusations Ms Sturgeon faces from opposition that she breached ministerial code.

However, Reid and Morgan had to apologise when their interview with Mr Blackford was hit with a series of technical errors.

The video changed to a blue screen showing as the GMB team scrambled to reconnect with the Scottish National Party leader.

Reid asked: “Is she guilty of misleading parliament because that is a reigning matter under the ministerial code?” 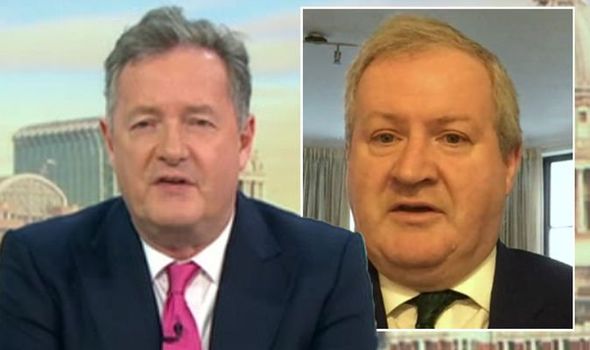 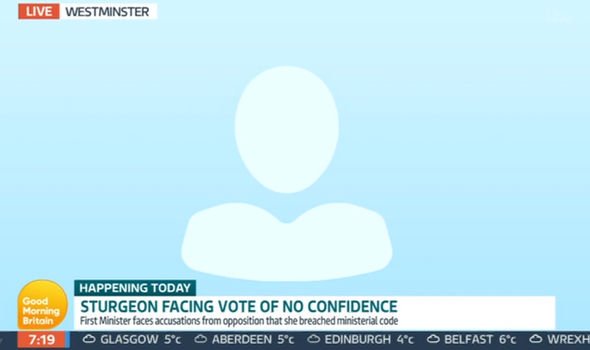 “Well there is certainly no attempt to mislead parliament,” Mr Blackford replied. “This is contained in the evidence the First Minister has given.

“There has been no attempt to conceal information nor to mislead parliament.”

It was then that the video cut off with Morgan commenting: “We have lost Mr Blackford mid-stream there. We’ve lost the connection and are trying to get him back.

“Very interesting responses there. Have we got him back?” 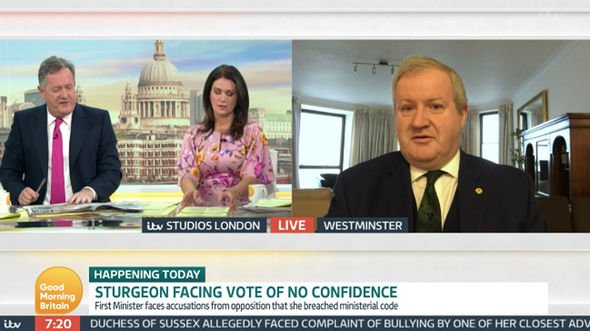 As Mr Blackford returned to the screen, Morgan pressed the politician: “What I’m struggling with here is Nicola Sturgeon seems to be suffering with severe memory problems where she can’t remember absolutely crucial meetings and when they occurred.

“Should someone with such severe memory problems be leader?”

“I don’t think there’s a case to answer that Piers, the First Minister has accepted a meeting took place on the 29 March.

“She has corrected the record to parliament for that,” Mr Blackford asserted.

Morgan hit back: “How do you forget meetings that important with respect.

“And also, when you then discover from these secret emails that have come out that she ignored legal advice to pursue claims against Alex Salmond because her own legal advisors said it wouldn’t work and she racks up half a million pound bill to fight a case her own legal team have said to drop. What does that say about her leadership?”