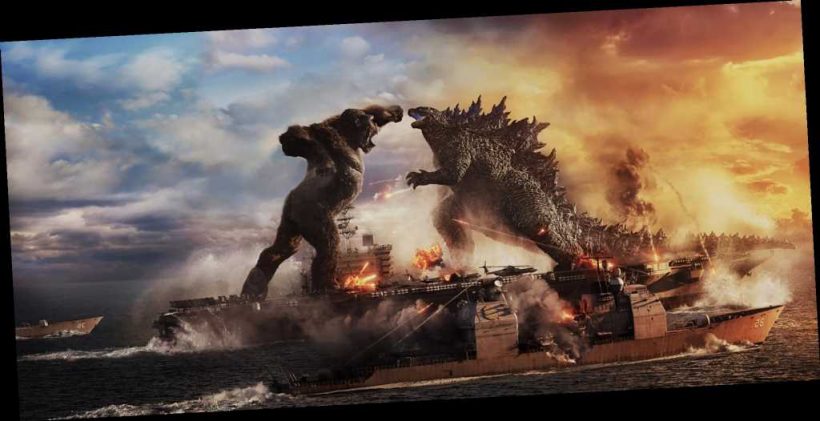 The box office is finally starting to bounce back.

The worldwide box office posted its highest opening in over a year when Warner Bros.'s Godzilla vs. Kong set a record with $121.8 million made overseas during its first weekend. According to The Los Angeles Times, this marks the largest debut of a title since the COVID-19 health crisis forced the movie theater industry to halt services as the virus spread around the world.

While several countries slowly began to open movie theaters months ago, the majority remained closed. In the U.S., major cities like New York and Los Angeles recently opened theaters earlier this month for the first time in almost a year.

This meant a summer without audiences flocking to see blockbusters, with major titles like Marvel's Black Widow and James Bond's No Time to Die all delayed over a year from their original dates. Stateside, the biggest movie over the weekend was Nobody, starring Better Call Saul's Bob Odenkirk in a gritty action film. Nobody made just $6.7 million over the weekend.

Other movies at the top of the box office include Disney's Raya and the Last Dragon, which has a limited theater release as fans can also pay to stream the movie on Disney+, and Warner Bros.'s Tom and Jerry, which fans can also stream on HBO Max.

Tom and Jerry falls under Warner Bros.'s new plan to release its 2021 slate in theaters and on HBO Max at the same time. The movies will be available on HBO Max for 30 days for fans to watch before leaving the streamer, with the films still available in theaters for a time.

Godzilla vs. Kong is available to stream March 31 on HBO Max and opens in theaters that same day.