‘Halloween’ producer Ryan Freimann shares intimate details about Dr. Loomis’ return in ‘Halloween Kills’ and where the franchise may go after this new trilogy concludes.

While promoting the return of Halloween, Halloween 4, and Halloween 5 to theaters and drive-ins worldwide, Halloween Kills producer Ryan Freimann talked to HollywoodLife EXCLUSIVELY about the new film in the franchise and a surprising story element that was confirmed in the movie’s final trailer that dropped on Sept. 20.

“That was so lovingly done,” Ryan said when asked about the 1978 flashback scene in the trailer that features the return of Dr. Loomis (played by the late, great Donald Pleasence in five movies throughout the franchise). “Everything from [Halloween mask sculptor] Chris Nelson recreating [Michael’s 1978] mask perfectly to building Lampkin Lane — and down to walking the Myers house with a measuring tape in Pasadena and getting all the floorboards where they’re supposed to be. You will go into this 1978 space and… I mean, Loomis is not recreated with CGI, so it is a shocking experience when you see it on screen. And I feel like seeing that Myers house one more time is pretty impressive.” 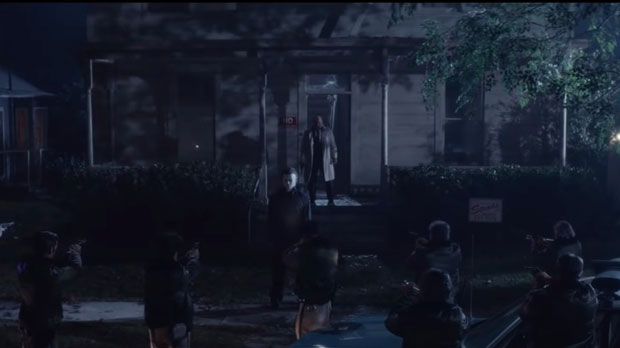 The scene, which you can see in the photo above, briefly appears in the trailer around the 2:00 mark. It’s not clear what’s going on, but it appears to be a standoff between Michael Myers and police outside the Myers house. You can see Dr. Loomis standing on the front porch behind Michael as well. The entire street was “painstakingly restored”, and “so much attention and care” went into it, Ryan told us.

This scene also appears to be something the filmmakers originally wanted to put in their 2018 film. “At one point in the [2018 movie’s] script, we had an opening setup that included the end of the original Halloween in a kind of aerial restaged version,” director David Gordon Green told Entertainment Weekly back in 2018. “Our art director, coincidentally, on this movie, looks exactly like Donald Pleasence. So, we were like, We’ll just get him to do it, and we’ll do this thing, and we’ll recreate it. Like, Who’s so lucky on their own movie set to have a look-alike of the guy from 40 years ago? [Laughs] It was actually [John] Carpenter‘s idea, saying, ‘You don’t need to get people up to speed like that. Just drop them in on your movie.’” 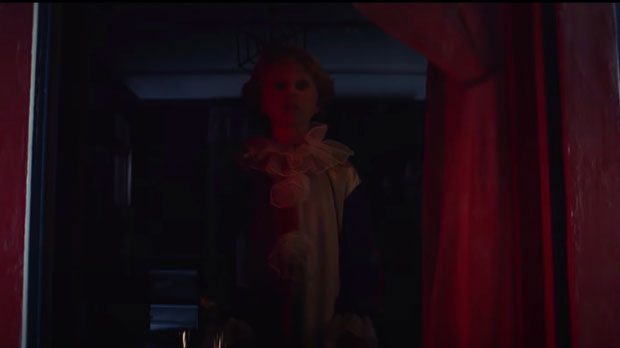 While we didn’t get the scene in 2018’s Halloween, it looks like we’ll get it in Halloween Kills, and based on what Ryan told us, it’ll be worth the wait.

Plus, a follow-up to Halloween Kills was already announced in 2019 — the third and final part to this current trilogy, titled Halloween Ends, will premiere in Oct. 2022 — so fans are in for quite a ride with these next two movies. But what comes after that? Ryan told us, “Our focus is on Halloween Ends [next]. We’re planning to try to shoot that in late winter, and that’s what we’re focused on. The shape will go on and live in some form or another [after that], but our plans are to focus on these films right now.” He did, however, admit that they “have other plans” for beyond this trilogy, but he refrained from saying anything more than that.