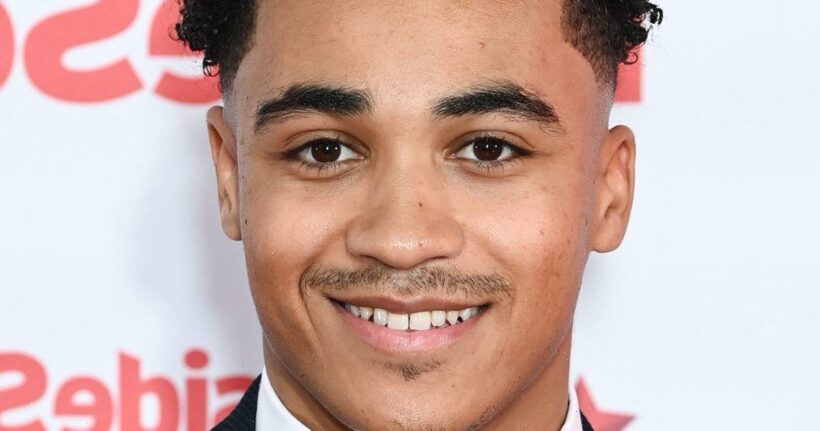 Hollyoaks star Theo Graham first appeared as Hunter McQueen on the Channel 4 soap back in 2016.

During his two years in Hollyoaks village, Hunter went on to become a central part of several major storylines, including his relationship with his teacher Neeta Kaur (Amy Maghera) which began when he was 16.

Their forbidden romance ended in tragedy however, after Neeta was murdered at the hands of her abusive partner Mac Nightingale (David Easter) in the school explosion, leaving Hunter devastated.

After an an emotional farewell with his mum, Goldie McQueen (Chelsee Healey) and the rest of his family, Hunter moved to Brighton with Neeta's sister Asha (Rukku Nahar) to start a new life.

But as the character has returned just in time for his brother's wedding, Daily Star has looked into the actor's life.

In Hollyoaks, Goldie gave birth to Hunter and his twin brother Prince McQueen, played by Malique Thompson-Dwyer, in May 2001, making them 21.

But in real life, Theo is four years older than his soap character as he turned 25 earlier this year.

This makes him just nine years younger than his on-screen mum as the Waterloo Road actress turned 34 in August.

In his four years away from Hollyoaks, Theo embarked on other acting projects including appearances in the 5Star series Clink and comedy series Flatmates.

His biggest success since leaving the show was nabbing a lead role in the Netflix series, Fate: The Winx Saga.

The 25-year-old starred as Dane in both seasons of the teen drama show before its cancellation in November 2022.

By the look of Theo's Instagram, the actor is truly smitten with girlfriend Isobel Tailor.

The soap star went Instagram official with the brunette beauty in July, posting snaps from a trip to Paris and has since shared plenty of loved up shots of the pair on his social media.

The duo headed on a lavish trip to Rome to celebrate Isobel's 23rd birthday in November, with Theo taking to Instagram and gushing: "This girl" in view of his 188,000 followers.

After two years of starring as Hunter McQueen, Theo quit the role following a "gut instinct" and revealed he felt he left at the right time.

He told Digital Spy at the time: "I felt like I've had quite a busy two years. Hunter has had a lot going on.

"I had a really good storyline and also won the Soap Award for Best On-Screen Partnership with Malique Thompson-Dwyer, who plays Prince. So I just felt that if there's any time to do it, it would be on a high."

He added: "I'd found that high and it was the right time to do it. I followed my gut instinct and decided to venture on and see what else I can do.

"I want to take all the risks that I can while I'm young and I don't have any adult commitments to a family. I'd rather do it all when I'm young."

Four years on, it appeared bosses at the soap were keen to reintroduce Hunter ever since his twin brother, Prince returned in 2021 and managed to bring him back just in time for his wedding to Olivia Bradshaw (Emily Burnett).

Discussing his character's return, Theo explained it was "great" to be back at the soap and admitted he was "excited" for the audience to see what is in store for Hunter now that he's back in the village.

"It’s great to be back working with a lot of familiar faces and meeting some new ones," the actor told Digital Spy. "I’m excited for the audience to see what's to come for Hunter… it’s fair to say he arrives back in true Hollyoaks style… with a bang."

Within hours of being back in the village, Hunter already caused mayhem after sleeping with his brother's fiancé, having no idea of her true identity.

For more of the latest showbiz and TV news from the Daily Star, sign up for one of our newsletters here.