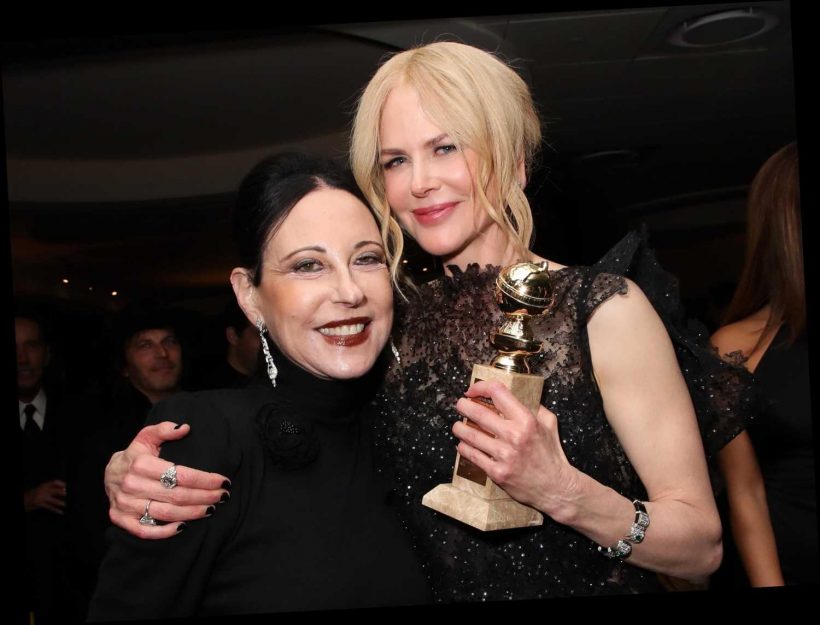 Hollywood has been in love with the Golden Globes for a long time. It’s a close relationship. And nobody wants to break it up except for the journalists who decry the lack of ethics in their cozy partnership.

Every so often, a publication (this week, it was The Los Angeles Times) sics reporters on the Hollywood Foreign Press Association. People are “shocked, shocked!” to find out how much this coterie of 87 Hollywood correspondents from around the world are wined and feted and coddled and bribed with swag.

And: how white they are. This Sunday will reveal whether this group (which has no Black members) voted for any people of color. On Friday, #Time’sUp launched a protest campaign that calls out the Globes two days before its awards show February 28.

Among the voices who took up the call was Globes winner Sterling K. Brown, who won a Globes in 2018 for his performance in NBC’s “This Is Us.” In an Instagram post, he wrote:

To be nominated for a Golden Globe is a tremendous honor. To win one is a dream come true. It can affect the trajectory of an individual’s career…it certainly has with mine. I’m presenting at the telecast this weekend to honor all the story tellers, especially those of color, who have achieved this extraordinary moment in their careers…AND I have my criticisms of the #HFPA 87 people wield a tremendous amount of power. For any governing body of a current Hollywood award show to have such a lack of voting representation illustrates a level of irresponsibility that should not be ignored.

Asked for comment on the LA Times piece, an HFPA spokeperson called it “a gross mischaracterization of our organization,” noting that members write for respected publications such as Der Spiegel, Vogue Paris, Rolling Stone, BBC, and The Guardian. They described the admissions and reaccreditation process as “robust,” with review by Ernst & Young; members must reapply every year. As for the idea that press junkets have any influence over Globes voters, the spokeperson called that idea “absurd.”

“Our members attend many set visits, premieres and press conferences for motion pictures and television programs that are neither nominated for nor win Golden Globes,” they said. “We also want to be clear that non-HFPA members, including from many major publications in the U.S. and abroad, are offered fully paid attendance by studios at junkets. The HFPA, on the other hand, pays for the airfare of its own members.”

Founded in 1943 to gain more access to interviews, the group mounted its first awards show in 1947. It grew organically over time, with a big boost from Dick Clark Productions. Where other awards shows’ ratings are in decline the Globes hold steady, although that may not hold true this Sunday in its stripped-down pandemic guise co-hosted by Tina Fey in New York and Amy Poehler in Los Angeles. There’s also the matter of how a frivolous awards enterprise will play during a pandemic. (This year’s trio of Oscar producers will be taking notes.)

In a pre-pandemic year, these veteran correspondents would wade through a ton of live-action, foreign-language, and animated movies and television series. They would attend junkets, roundtables, and some 300 press conferences, set up just for them. (Documentaries, they do not have time to assimilate.) They fly (after rounds of protest, at their own expense) to places like London and Paris and Hawaii and are put up at fancy hotels while they interview celebrities. Junket invites also go to many other media outlets outside the awards arena, but anyone who files a negative story, or asks an impertinent question, may not be invited again.

This is nothing new. Most media organizations, including the HFPA, have rules that are meant to prevent any appearance of impropriety or conflict of interest. However, many writers learn to enjoy the perks that come their way. Some get invited to the odd premiere, get dressed up, listen to the speeches, and chow down at the after-party, hoping to work the room a bit. They might grab some lunch between interviews at a Four Seasons Hotel junket buffet. During the pandemic, studios and streamers alike staged at-home virtual premiere screenings with Q&As and a free meal delivery.

One element that makes the HFPA a particular target for publicist manipulation is its limited and accessible membership. While the Academy is comprised of 9,000 globally renowned actors, filmmakers, and producers, the Golden Globes are determined by just 87 journalists. Unlike their Academy peers, they are not highly paid and their jobs don’t necessarily come with attention, flattery, and a sense of importance… until they become the route not only to a Golden Globe, but an Oscar. That’s when people become very, very nice. “They think they’re special,” said one awards specialist, who added that SAG nomination committees and Academy members can be just as entitled.

You can gauge the rising influence of the Critics Choice Association — 400 national radio, television and online critics, which gives out awards on its own show next month — by the increased amount of swag sent their way. (I have seen an HFPA member’s garage piled to the ceiling with studio loot.)

Harvey Weinstein made movies with the Globes voters in mind: In 2011, he turned “My Week with Marilyn” into a musical with Michelle Williams as a singing Monroe (she landed a Comedy/Musical Globes as well as an Oscar nod). Netflix hired John Legend and Diane Warren to pen songs for “Jingle Jangle: A Christmas Journey” or “The Life Ahead” knowing they had a good chance of landing a Globe nomination, which could lead to an Oscar.

Asked as to why the membership is so small, the HFPA spokesperson said there is no limit on the number of members.

“The current membership numbers reflect normal attrition and the number of applicants,” the spokesperson said. “In many cases, members move away, drop out, or unfortunately pass away. New members come in at about the same pace, so the membership has been stable. Like any other association, there is a membership application process. The notion that the HFPA should, or has some obligation to, simply admit every applicant is unrealistic. That said, there is no limit on the number of members.  Active members must be reaccredited every year.” 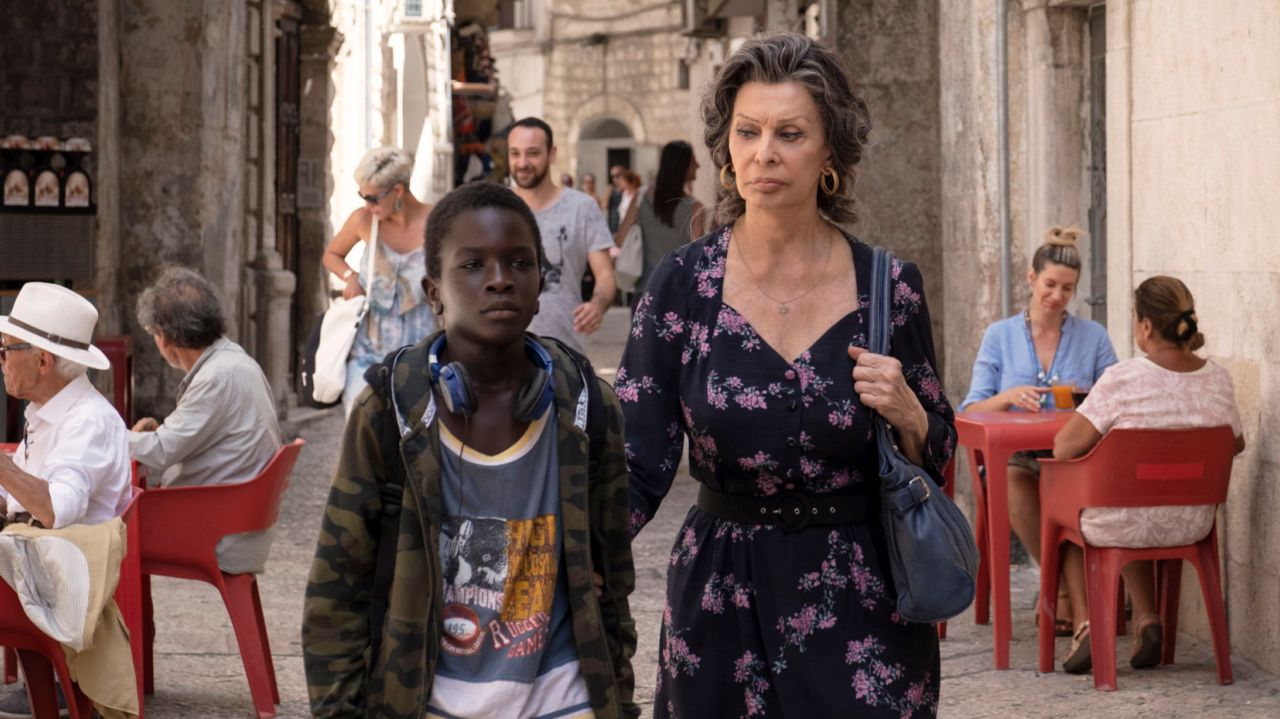 The true source of the Golden Globes’ clout is it burnishes contenders that head for the show that really matters: the Oscars. What producers like Lynda Obst (who tweeted her support to the HFPA this week) really want is to stack up nominations and wins on their ads, from Cannes palm fronds to gold statuettes. That sells tickets. (Or will, when theaters reopen.)

It’s a lot harder to impact 17 branches of Oscar voters, although publicists certainly try. Academy rules keep pandering under tighter control.  For years, there were internal complaints about the the Academy foreign-language committee, a small group of Los Angeles-based Academy members who grew accustomed to being treated like royalty, often demanding food-and-wine perks. This year, the rules changed and voting is available to members of the global membership as the Academy made foreign-language films available online. The recent International Feature Film shortlist of 15 was exemplary.

From talented actors and filmmakers to the susceptible members of the press, Hollywood can makes monsters. Some HFPA members file stories for reputable news organizations; many are freelancers as staff positions continue to contract. There are some who file for the HFPA website and want to share in the considerable millions generated by the Globes.

This is where the HFPA falls down. They consider themselves a family or a club that needs protecting. They have become insular and hidebound. They have given away $29 million in 30 years to charity, and more to scholarships and other programs, but they also pay themselves, fight for their small power base, and have not prioritized membership growth.

The Globes may never escape criticism. On that last point, however, diversity may have a role in forcing the hand of its member count. On February 25, the HFPA sent a response to the LA Times’ accusation that they lack diversity: “We are fully committed to ensuring our membership is reflective of the communities around the world who love film, TV, and the artists inspiring and educating them. We understand that we need to bring in Black members, as well as members from other underrepresented backgrounds, and we will immediately work to implement an action plan to achieve these goals as soon as possible.”