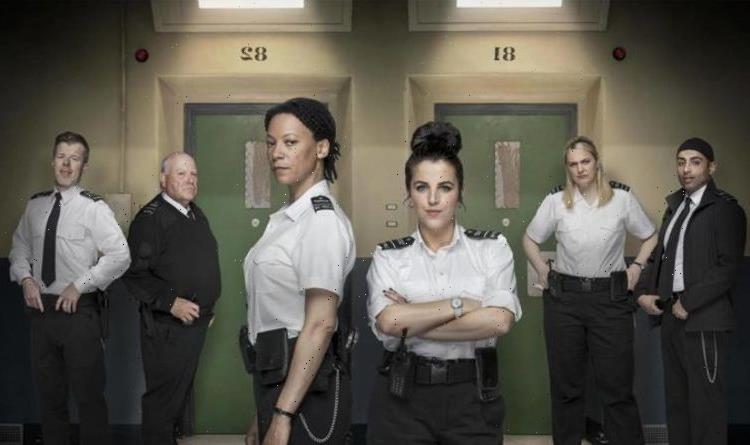 Screw is the next big drama to start on Channel 4, launching on Thursday, January 6, at 9pm. The mini-series is about life inside Long Marsh men’s prison and the prison officers who work there. Express.co.uk has everything you need to know about watching Screw.

Written by BAFTA-winning writer Rob Williams who also worked on Killing Eve and The Victim, Screw follows the lives of prison guards and the inmates at the fictional prison Long Marsh.

The dark comedy was loosely inspired by Williams’ experiences at various prisons when he worked and volunteered as an art teacher.

Unlike other prison dramas though, the main focus will be on the prison guards.

As the series goes on, viewers will discover there is a secret that could jeopardise everything for one of them.

She works under the supervision of Last Tango in Halifax actress Nina Sosanya who plays Leigh, a woman who has dedicated her entire professional life to the prison.

Little is known about Leigh with their boss remaining very much a mystery to those she supervises.

There are some secrets she is hiding which could cost Leigh more than just her job if they ever got out.

How many episodes are in Screw on Channel 4?

Channel 4’s Screw is going to be made up of six episodes in total.

The gritty drama will launch on January 6 with a new episode airing every Thursday from then on.

As long as there are no scheduling breaks, the finale of Screw is going to be out on Thursday, February 10.

But there is another way of watching the show if you’re not keen on waiting that long.

Once the first episode of Screw is released on Channel 4, the entire boxset is going to be on the channel’s streaming service All4.

So fans of the show will be able to watch all six episodes of Screw in one go if they wish.

All4 is far more accessible to viewers than other streaming services as well.

Unlike Netflix and Amazon Prime Video, All4 is free with people only having to register with an email address to get access to its extensive library of content.

Opening up on his experiences working at prisons, Williams said: “It was such an eye-opener for me that there is such a cross-section of society in prison.

“More than anything, I remember the amount of times I was just laughing and enjoying the company.

“I made a point of not knowing what the students in my classes were in for, and we made the same decision in Screw.

“You’ll very rarely find out what the guys on the wing have actually done, it’s sort of beside the point.”

Screw premieres on Thursday, January 6, at 9pm on Channel 4.