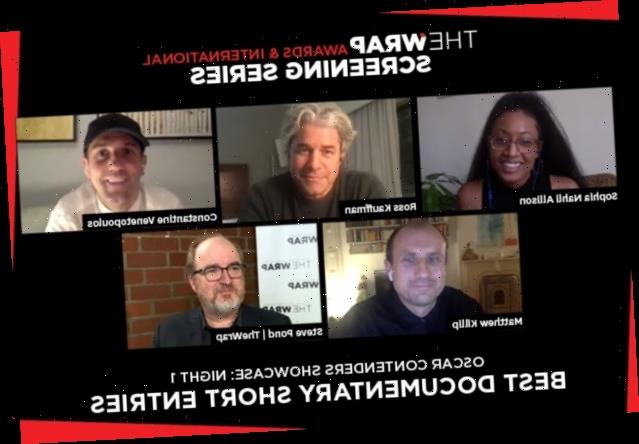 Over the past several years, Best Documentary Short has become arguably the strongest specialty category at the Academy Awards, and 2021 is proving to be the same as the directors of four short docs spoke at TheWrap’s Awards Screening Series about how their unique stories were created.

Among them is Sophia Nahli Allison’s “A Love Song for Latasha,” a dream-like short that tells the life of Latasha Harlins, a teen who was killed by a Korean store owner in 1991. The store owner avoided jail time despite being convicted of voluntary manslaughter, and his sentencing is believed to be one of the factors behind the 1992 Los Angeles riots. Allison is a resident of South Central where Harlins lived, and she combined photos and interviews of Harlins’ family and friends with artistic editing to create a unique depiction of a Black girl’s life cut abruptly short.

“I knew I wanted a very abstract understanding of time throughout it,” Allison said. “When we think about how memories are impacted by trauma, it becomes a nonlinear experience, where past, present and future are in conversation with one another. I also wanted it to feel very reminiscent of a home video, I wanted it to… juxtapose, even challenge the footage we have of Latasha’s death. That video footage is a grainy surveillance video, but what happens when we take that grainy surveillance video and incorporate it into the understanding of VHS recordings we take for a home video?”

Ross Kaufman, director of “What Would Sophia Loren Do?” tells the story of an actor’s impact on others through the eyes of one of the Oscar winner’s admirers. The film tells the story of Nancy “Vincenza” Kulik, an Italian-American grandmother who saw Loren as a role model, not just for her performances on-screen but how she went through life with unshakable poise, breaking ground for international actors in Hollywood by becoming the first woman to win an Oscar for a non-English role. Kaufman said that much of the film’s structure came together over the course of filming as Kulik told more of her life story and delved deeper into Loren’s filmography, culminating with Loren becoming a part of the documentary.

“When we first started this film, we didn’t really know what we were doing,” Kaufman said. “We didn’t even have an idea that Sophia would be in it. As we progressed, we sort of found that Sophia and her movies had this resonance for Vincenza’s life and became something she could look at the way we all look at movies…the way art affects our lives.”

Perhaps the most out-there of the four docs is Matthew Killip’s “John Was Trying to Contact Aliens,” which tells the story of a man named John Shepherd who spent three decades and thousands of dollars building an elaborate deep-space broadcast system in the hopes of contacting aliens through music. Killip came across a photo of Shepherd’s at his grandparents’ house, which had been completely covered with elaborate computers he had set up himself in the 1980s. Like so many other documentarians before him, Killip had to take the time to gain Shepherd’s trust, which is why he chose to film the doc as a one-man crew.

“It’s really just me and him. I mic’d him up, there’s no other crew, and it’s just me and him talking,” Killip said. “I think that’s part of where the intimacy [of the film] comes, but he’s just a sensitive and lovely person and I’m just really lucky that it comes through, I think, in the interviews.”

Finally, there’s “Draw With Me,” a tale of LGBT expression from Trevor Project volunteer Constantine Venetopoulos. He had worked on previous projects with opera singer Leslie Ann Lopez — sister of Jennifer Lopez — and through her met a teenage, non-binary trans artist named Brendon Scholl. “Draw With Me” tells the story of Scholl’s life and artwork, which they use to cope with the struggles of coming out as an LGBT individual at such a young age.

“This was a very private and intimate family portrait, and this is my first documentary so it was my first time dabbling with telling…a real story,” Venetopoulos said. “What was really important to me was to create that safe space with the family to open up…but the key focus always remained Brendon and their art. I was looking at the story through Brandon’s art…and there was one drawing where Brendon walks through the dark woods, and we animated that so it’s like we’re walking through their art to learn about them.”

“A Love Song for Latasha,” “What Would Sophia Loren Do?” and “John Was Trying to Contact Aliens” are all available to stream on Netflix, and “Draw With Me” is available on Vimeo. Watch the full interview with the filmmakers in the clip above.

Rarest 10p coins in circulation including alphabet coin worth up to 175 times more than face value
We and our partners use cookies on this site to improve our service, perform analytics, personalize advertising, measure advertising performance, and remember website preferences.Ok