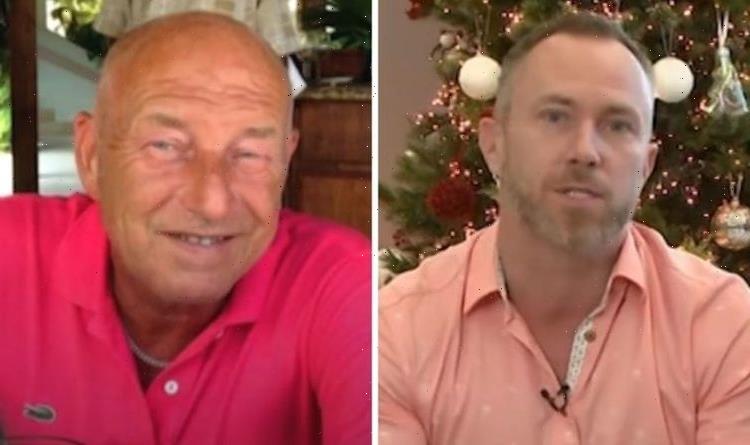 In the past, James Jordan has openly spoken about his dad’s illness before he passed away earlier this year. Throughout his treatment, the former Strictly star would also keep his followers updated about how his dad was doing. However, in a moving tribute to his dad and to raise awareness of cancer, James is set to bare all in ITV’s Strictly The Real Full Monty.

During Tuesday’s Good Morning Britain, James sat with his wife Ola and discussed why he wanted to take part in the show.

He went on to admit that he still finds it hard to talk about his father.

“My dad passed away in March and I was asking to do it initially but the thought of stripping naked wasn’t something I was thinking about,” James began.

“But after chatting with Ola and thinking about it, I decided that it was something I wanted to do in memory of my dad.”

He continued: “It is all about raising awareness of cancer and to make sure you go and get yourself checked.

“And that’s the reason why we all strip. It is basically to say to people, ‘if we can do this in front of millions of people, you can go to the doctors in privacy and get yourselves checked too’.”

And listening to all the stories and everyone that was part of the show was kind of like a bit of therapy for me.

“I had lost my dad very recently and I’m not going to lie, I still find it hard today to talk about.”

“But it was an amazing thing to be a part of, I have to say,” James added.

In another recent interview with Express.co.uk and other press, James admitted he and Ola don’t speak about his dad at home.

He explained: “It still feels really fresh, so for Ola, we don’t speak about it at home, I don’t talk about it, it’s bad maybe, but I don’t want to.

“I don’t want to speak about it because it just upsets me all the time, so for her today to go through that was quite hard.”

Strictly the Real Full Monty is led by Diversity member Ashley and is taking the famous Full Monty strip to a whole new level.

James admitted he was worried about his wife Ola stripping off on TV and joked he would be watching where she ends up at the end of the performance.

James concluded: “We were talking with one of the producers earlier, and I said, ‘Oh well, I spoke to Ashley about the stripping, and he said you don’t really think about it.’

“When you’re hugging Ashley, I’ll be going, ‘Where’s my wife? Who is my wife hugging?”