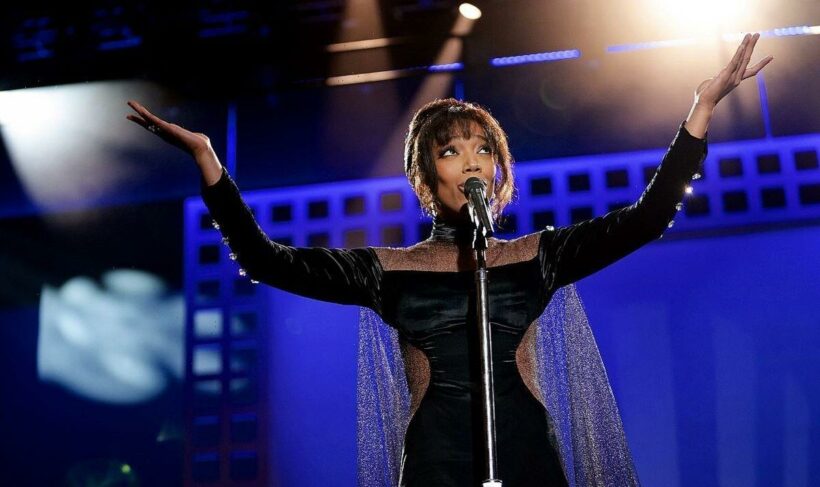 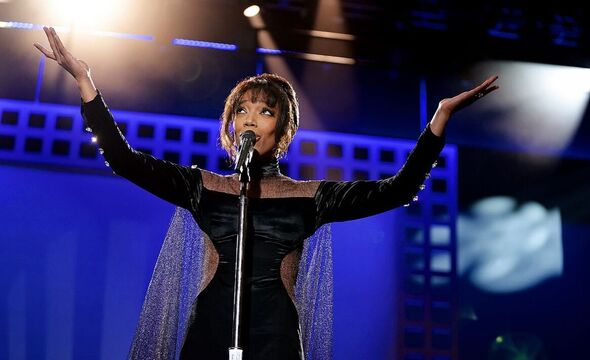 Twenty years later, America’s emaciated former sweetheart was found dead in a bathtub in a Beverly Hills hotel. What went so badly wrong?

For the curious, there are two ­documentaries. The most recent, 2018’s Whitney, attributed her drug addiction to childhood traumas – sexual abuse by her cousin, and her mother Cissy’s affair with the minister of her church.

None of that features in this glossy biopic. As Pat Houston – Whitney’s sister-in-law, executor of her estate, and one of this film’s producers – explained to industry weekly Variety, her job is to manage the singer’s “brand” by “capitalising on the opportunities that continuously represent her gift in the best light”.

So, ahead of the release of two new live albums, we get a talented actress (Naomi Ackie) lip-synching to Whitney’s greatest hits for nearly two-and-a-half hours.

In between, we get well-acted but unconvincing dramatic interludes. Stanley Tucci plays music mogul Clive Davis (another of the film’s producers) as a saintly figure who helps Whitney find the songs best suited to her God-given talent. The music industry has never seemed so wholesome.

Her mum Cissy, a singer who never quite made it, is another guiding light.

As the action begins shortly before Whitney was signed to Davis’s record label, there is no look at her childhood. The film also touches on Whitney’s well-publicised lesbian relationship with Robyn Crawford (Nafessa Williams) and her tempestuous marriage to Bobby Brown (Ashton Sanders).

As her life unravels, cocaine, cannabis and other ungodly substances lead to rumpled hair and bad press. But these feel like unfortunate accidents that could have happened to anyone. An excellent Ackie reminds us of Whitney’s talent as a performer but she’s playing an icon, not a human.

I Wanna Dance With Somebody is in cinemas from Boxing Day (certificate 12A).