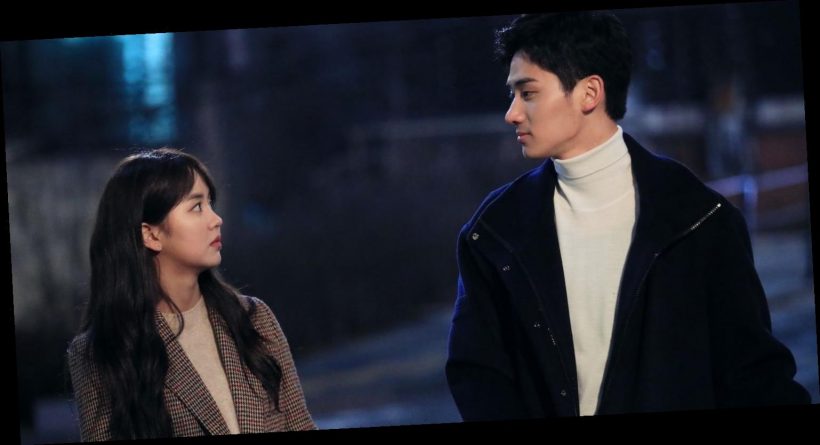 [You probably assumed that this post contains major spoilers. But just in case: WARNING. Major spoilers ahead.]

After an almost two-year delay thanks to the pandemic, Love Alarm season 2 has finally arrived! And if you’re the kind of viewer that likes to binge-watch shows as soon as the whole season drops, you’re probably all done with the entire thing by now—especially since the release only had six episodes, which is two less than the first season. A true crime.

Season 2 picks up where the first season left off, four years after the initial launch of the Love Alarm dating app, and four years since we were first introduced to the complicated love triangle of Hwang Sun-Oh (Song Kang), Lee Hye-Yeong (Jung Ga-ram), and Kim Jojo (Kim So-Hyun). Now, Love Alarm got a 2.0 update that allows users to see projections about their potential matches. And…yeah. A lot of things happen. So let’s catch you up before we dig into the final episode.

A quick summary of the events of season 2:

After the last episode in the first season, Jojo learns what it means to really like someone, thanks to Hye-Young. She then becomes curious about her true feelings for him and wants to take her shield down. And in Jojo’s quest to take her shield down, we also find out that though Brian Chon is the face and CTO of Love Alarm, his younger brother Duk-Gu (Lee Jae-Eung)—who isn’t dead, BTW—is the actual genius behind the updates and the very conception of the app.

Meanwhile, though Sun-Oh is in a relationship with Lee Yuk-Jo (Kim Si-Eun), he still can’t ring her alarm. It doesn’t help that he still hasn’t gotten over his break-up with Jojo. He tries to pursue her for proper closure.

Oh, and another sub-plot this season is that there have been mysterious murders in connection with the Love Alarm app.

Who is the Love Alarm killer and why is he killing people?

In the last episode, Jojo gets approached by a strange man who knows that she’s the artist behind the art page “The Ringing World.” The second time he approaches her he’s caught by cops because they’ve identified him as the murderer who’s been choosing victims by ringing their love alarms. As it turns out, he’s been using Jojo’s art as inspiration for his attacks. We find out that he’s the sole survivor of the mass suicide of people who felt unloved because no one rung their Love Alarms.

After the arrest is made, Jojo is forced to go down to the police station and explain “The Ringing World,” and how it wasn’t any sort of instruction manual or blueprint for anyone to follow. It’s really just her telling her story as the lone survivor of her family’s suicide. This revelation, and her revisiting her trauma, explains a lot of the inner turmoil we see her experience in season 1.

Who does Jojo end up with?

Jojo finally decides to confront Sun-Oh. She tells him that she does feel sorry for putting up the shield, but doesn’t completely regret it either and would do it again because she’s learned a lot through the experience. It was liberating for her, and it gave her a choice to express her feelings only when she wanted to and was ready. Sun-Oh says she has nothing to apologize for, and it’s not her fault that she doesn’t feel the same way he does. The two come to an understanding and are able to move on.

Jojo doesn’t immediately jump into Hye-Young’s arms after her conversation with Sun-Oh. She goes through a bit of soul-searching first. She decides to run a marathon, which leads to an awakening within her that makes her let go of her self-hatred and the burden of the past. At the end of the course, she’s met by a happy Hye-Young.

The two guys also get closure for their friendship. They come to the bittersweet conclusion that though they can never be as good friends as they were once before, there isn’t any ill will between them. Now, they can move forward with their lives.

The app development, upgrades, and other tech stuff really become a part of the story in Love Alarm season 2. So, of course, Duk-Gu has a bigger role to play in closing this entire chapter. In the last episode, he tells his brother Brian that he wants him to get rid of Love Alarm 2.0, because he thinks that while it makes it easier for people to find their “best” matches, he feels that it hinders other possibly more meaningful relationships that aren’t necessarily dictated by their tech (like Jojo’s and Hye-Young). It’s the last piece of advice he has to give before ultimately surrendering the role of Love Alarm’s developer to Brian forever. But Duk-Gu isn’t done with the app-developing game just yet.

Duk-Gu meets his long-time one-sided love Gul-Mi (Park Min-Si) in the finale and reveals his identity as the founding developer of Love Alarm. During their flirty convo—in which we see hints of Gul-Mi seeing Duk-Gu in a more possibly romantic light—he also mentions a couple of apps he’s working on: Love Alarm Go and a new lie-detecting app.

New romances in the air for season 3?

After her meeting with Duk-Gu, Gul-Mi becomes the buzz of social media after word spreads that she was the muse for Love Alarm. This gives her the fame she’s been aspiring towards since the first season, and she of course tells her vlog viewers how she and Duk-Gu met. There’s no conclusive end to this love match, so this definitely could be a potential romance to follow if Netflix decides to renew the show for a third season.

Sun-Oh and Yuk-Jo’s love story is also still not over. In the end, Sun-Oh realizes that he does have feelings for Yuk-Jo and that he wants to be with her.

When Yuk-Jo arrives home from a trip, she’s surprised to see her CCTV footage log and bursts into tears because Sun-Oh went to her apartment to ring the doorbell every day just to check if she was around. And now that she’s back, she catches Sun-Oh just as he’s about to leave after pressing the doorbell. He tells her that he’ll return every day until he rings her Love Alarm, and they embrace. This is another promising love story to follow, if there is a next season.

Want more info about your favorite shows? Yeah. We know you do. You can find all of our TV show coverage here.