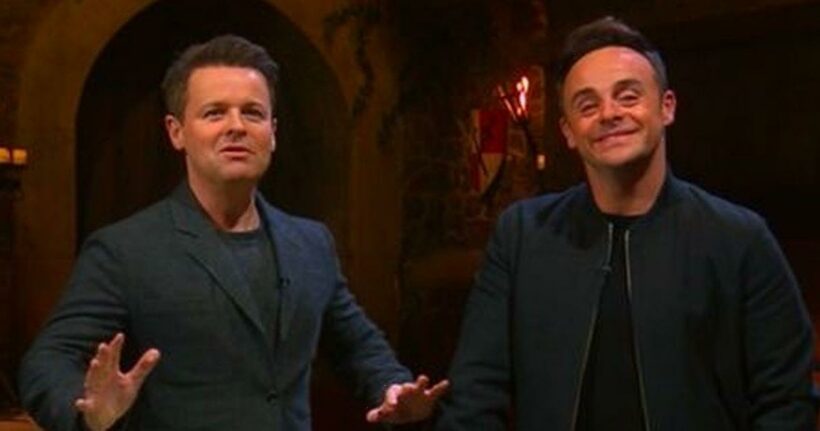 ITV bosses are praying the arrival of Adam Woodyatt and Simon Gregson will give I’m A Celebrity a ratings boost.

By contrast Channel 4’s Bake Off final on the same night got 6.9million.

Sunday’s launch drew ratings of just over 8 million – their lowest in ten years.

Many have called the latest series “dull”, “flat” and “lacking spark”.

Just like last year, I’m A Celebrity is being filmed at Gwrych Castle in Wales as Covid restrictions mean it cannot be staged in Australia.

A source said: “I think fans miss the show being in Australia but it’s better to have it on air than not at all.”

The first instalment of the long-awaited show saw celebrities Richard Madeley, Danny Miller, David Ginola, Naughty Boy and Dame Arlene Phillips form the red team and battle it out in a head-to-head challenge.

They eventually faced-off with the yellow team and lost – landing them in the dreaded clink – a new sleeping area that deprives the stars of mattresses and forces them to survive on basic rations.

Former Saturdays star Frankie Bridge was the first to win a trial as she competed against TV presenter Richard.

The task included a three-level structure dubbed the Turrets Of Terror.

Frankie, 32, has already been installed as the bookie’s favourite to win the show with Emmerdale star Danny Miller second favourite.

DJ and music producer Naughty Boy lived up to his name after he was caught smuggling spices into the camp hidden in his sock.

The 36-year-old music producer – whose real name is Shahid Khan – promptly had his contraband seasoning confiscated by show bosses.

Naughty Boy revealed to the Bush Telegraph camera: "Before I left, I grinded some spices that could make rice and beans actually taste a bit nice so what I did, I put it in my sock. This is my Naught Masala. There's cumin seeds, cloves, turmeric, coriander seeds.

"If you ask my Mum – eating bland food is a crime!"

Richard commented on spice gate, saying: "Well Naughty Boy had really lived up to his name. He smuggled in something for camp. I think that's a real mark of character actually.