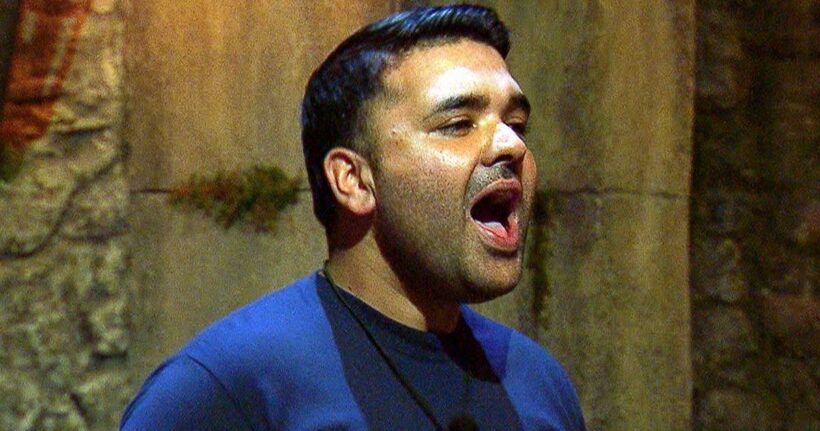 According to a chum of the I'm a Celebrity… Get Me Out of Here! star Naughty Boy has fooled everyone when it comes to his age.

However, his former school friend has now revealed his true age after rumbling the fib.

The DJ and music producer, who's real name is Shahid Khan, was described as being "age 36" in a press pack released by ITV and ahead of his appearance on the programme.

It read: "Famed for his love of cooking, the 36-year-old hopes to rustle up some meals in the castle by taking on the role of chef.

"He also hopes to be someone who everyone can confide in."

A pal who claims to have attended Westfield Academy in Watford with Naughty Boy from 1992 to 1997 told The Sun: "Naughty by name and naughty by nature – he’s having a laugh by making out he's younger.

"It’s great he’s done so well. But blatantly lying about his age is pretty sad."

According to the unnamed pal the music star is actually age 40 and public records have also been sourced showing that he'd been born in Watford, Herts, on January 1, 1981.

Meanwhile, the TV star found himself under fire with fans after he'd taken part in the Bushtucker trial Creepy Closets.

Although Naughty Boy had secured all 11 stars and meals for camp, viewers at home were sceptical and dubbed the trial as the "easiest ever".

Taking to Twitter, one online user wrote: "Have they deliberately made this trial easy for Naughty Boy? It’s nowhere near as difficult as Richard’s trial was, and he’s managing it despite moving in slow motion."

Another penned: "That trial with Naughty Boy was too easy! It was just dull and lacking any kind of tension!"

A third added : "They've given Naughty Boy an easy as hell trial to keep him in haven't they?"

While a forth penned: "Why is this trial so easy compared to Richard's? His was near impossible to find all the stars within the time limit, but Naughty Boy's' stars are right in front of his face and he has way more time than he needs even though he’s slower than a damn snail."