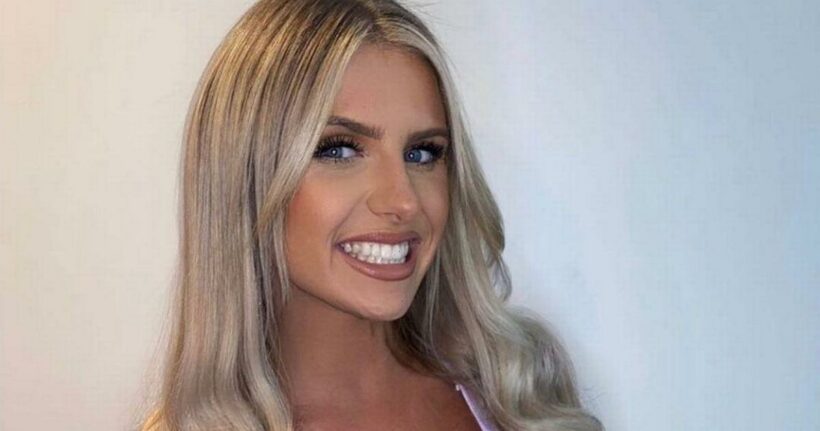 The first few names taking part in Strictly Come Dancing 2021 have started to be confirmed. Now the I’m A Celebrity… Get Me Out of Here! rumour mill has also cranked up a notch.

We’ve already had the news that, due to Australia’s ongoing coronavirus travel restrictions, the show will return to North Wales for the second year running as bosses were forced to make a sudden U-turn.

Reports have also claimed that a huge name decided to drop out after the news that the show wouldn't be going back Down Under.

So which stars are rumoured to be joining hosts Ant McPartlin and Declan Donnelly as the much-loved show returns to Gwrych Castle?

Here are the names in the frame…

Olympic diving champion Tom, 27, is basking in the glow of his stunning Gold medal win in Tokyo last week, and signing him would be a real coup for ITV.

Spokesperson for Ladbrokes, Alex Apati said: “Tom Daley is finally an Olympic champion, and there’s all the chance ITV chiefs snap him up for the next series of I’m A Celeb, as they look to assemble their strongest line-up yet."

Tom’s previous reality TV experience was on his own show Splash! which he created in 2013. The programme featured celebrities trying to master the art of diving.

Little Mix are on hiatus due to both her bandmates being pregnant, so this could be the perfect solo project for singer Jade, 28.

Asked during an appearance on Amanda Holden and Jamie Theakston’s Heart FM show if she’d be up for it, Jade replied:

"I’ll try anything once me, do you know what I mean? I’ll give it a crack."

On how she would handle the Bushtucker trials, Jade continued: "If something smells bad I won’t put it in my mouth, but I am good at creepy crawlies."

Speaking at a Q&A last year, Richard enthused: "I just like the idea of Eric Cantona talking in French and coming up with really profound things."

Manchester United star Eric would be a dream campmate he's known for his quirky persona.

Bizarrely, a fan has previously launched a petition to get comedian Jack, 33, on the show, writing to ITV to say:

"I would like to get the well-known comedian Jack Whitehall onto the next series of ‘I’m A Celebrity Get Me Out Of Here!’ on ITV.

"He is absolutely hilarious and would cause so many laughs in the jungle. Also, he would get the show profits through the roof, as so many people love him and would enjoy watching him. Please help me to make this happen.”

Jack is currently appearing on cinema screens across the country in Disney’s family film Jungle Cruise, but he’d definitely make for great viewing. His betting odds are currently 7/2 to appear on the show.

Football legend Paul, 54, appeared on the Italian version of I'm A Celeb this year, so there’s a strong possibility that this could happen.

An insider recently revealed that troubled Gazza almost appeared on the show twice before.

A source told The Sun: "Gazza has come close, twice, to signing up for I’m A Celeb. But on each occasion, there were concerns he wasn’t in the best shape to go on.

“But Paul hopes he has proved a few people wrong and shown them he has put now some of his troubles behind him.”

Professional boxer Tommy, 22, has 3.5 million followers on Instagram, so would be a guaranteed ratings draw for ITV.

The former Love Island star also knows the reality TV game inside out, becoming hugely popular after his time in the villa with girlfriend Molly-Mae Hague.

Last year, Tommy revealed that he had previously been contacted by I’m A Celeb bosses to join to the show, but had to turn them down due to work commitments.

His work schedule appears to be busier than ever with several upcoming fights ahead, but he'd be a popular addition to the castle’s antics. This may seem like a long shot, but bookies are convinced that a Line of Duty cast member will head into camp.

Vicky, 38, who played DI Kate Fleming, is currently on odds of 8/1 for the Welsh castle. Her former co-star Martin, 37, who played DI Steve Arnott, is the favourite at 6/4.

Betfair spokesman Sam Rosbottom said: "There are no other actors in the UK at present as in demand as the cast of Line of Duty.”

A whopping 12.8 million viewers tuned in to the shocking finale of the hit BBC police drama. While Vicky, Martin and Adrian Dunbar, 63, all have new TV dramas in the pipeline, maybe one of them fancies a new challenge?

Sporting legend John, 57, has made it pretty clear that he’s up for the challenge.

Speaking to Bonus Code Bets last year, he said: "I’ve done a number of shows in my days, but nothing as adventurous as I’m a Celeb. And to be honest, there’s nothing that I wouldn’t eat or anything I wouldn’t do…I’m fairly easy-going, if they asked me to do something, I'd do it.

He added: “Similar to why I went on to do Strictly Come Dancing all those years ago, it’d be good to lose some weight, perhaps try to beat Nick Knowles’ two-stone weight loss.”

Could this be John’s year?

Ant and co-star Dec, both 45, have previously said that they would be keen to get the former newspaper editor on the show. Ant says now would be the perfect time for outspoken Piers to sign up following his GMB departure.

Speaking to Lorraine Kelly on her chat show in May, Ant teased: "He's not working at the moment, so you know, he'll be looking for a job."

Lorraine replied: "He's got a bit of time on his hands, who knows."

Piers, 56, has previously boasted that he would take part for “£10million.” Let’s see.

Louise Minchin, 53, has been tipped to enter the Welsh castle after leaving her BBC Breakfast role this year.

She show has a habit of going after news presenters, with the likes of Victoria Derbyshire being part of the line-up in the past.

And a source told The Sun: "ITV are hoping they can do the same with Louise and have approached her about coming on board.

"They are still very much casting stars to head to Gwrych Castle and they've got a decent offer to put to Louise.

"If she takes them up on the offer she could be going head-to-head on rival channels with her old BBC co-star Dan Walker, who is on Strictly Come Dancing this year."

Nick Grimshaw is another BBC regular who has left his job this year and has been tipped for I'm A Celeb.

Sadly, the 37-year-old extinguished that flame of a rumour as soon as it started.

He said on FUBAR radio that it was "unlikely" he'd go on the show, adding: "I don't think I would. I honestly can't with any creature.

"I don't know how people do it. Like honestly, I just could not."

EastEnders icon Jake Wood would be next in a long line of soap stars to join the show if he did find himself on the line-up.

He has already revealed he'd "love" to be on the show, following in the footsteps of his co-star and 2020 line-up Jessica Plummer.

And now, bookies Ladbrokes has announced that the odds on Jake joining the show are at 5/2.

Alex Apati of Ladbrokes said: "Jake Wood's already given Strictly a go, and the odds suggest he'll soon be following in the footsteps of Albert Square colleagues Shane Richie and Jessica Plummer with a stint in North Wales potentially on the cards."

Steps hunk Lee Latchford-Evans has started rumours he could be set for an appearance, after insisting that the bugs wouldn't bother him.

He told Daily Star: "It doesn't bother me.

Lee went on: "I'd just scream like a girl and act all weird in front of the cameras to make great TV.

"Deep down, I don't think it would bother me that much."

He added: "Get me in there and see if you can make me scream like a girl, that's the challenge."

Love Island runner-up Chloe Burrows already has her eye on her next television stint.

Just weeks after she left the villa, the blonde bombshell was asked out-right if she was going on the show.

Speaking to Heat World, Chloe excitedly replied: "Oh I'd love to do the jungle! That would be fun."

Of course, if Chloe did join the show this year she'd have to deal with the cold temperatures of Gwrych Castle, so maybe next year?

Harry Potter star Evanna Lynch, who played Luna Lovegood, is being tipped to join the show.

She recently made a surprise appearance on our screens when she joined the cast of Silent Witness, and she's no stranger to reality TV either as she was on the US version of Strictly.

Bookies Coral have given her odds of just 4/5, suggesting it's likely fans will see her in the castle.

A spokesperson for Coral, Harry Aitkenhead, said: "Harry Potter fans were surprised to see Evanna Lynch on screen this week but we don't think it'll be the last we see of her this year. We think she could be headed onto I'm A Celeb this winter, making it odds on to happen now.”

Chloe Burrows isn't the only Love Island 2021 star rumoured to be joining the cast, as fan-favourite Libert Poole is reportedly in the ranks too.

The 22-year-old was hugely popular with Love Island fans, and she's now tipped at odds of 2/1 to join I'm A Celeb.

Alex Apati of Ladbrokes said: "Liberty was by far the most popular Islander of the series, and she could be set for a stint on another ITV show later this year, with I'm A Celeb chiefs likely to come calling."

Big Brother icon Imogen Thomas seems to be the one creating rumours of her own appearance on the show – but she wouldn't be the only former housemate to do I'm A Celeb.

Alison Hammond did I'm A Celeb after finding fame on Big Brother, so the possibility is there.

Imogen responded to a fan on Instagram asking if she was going on the shoe with a string of praying hand emojis, making it clear she's hoping to get the call. Former Liverpool FC player Jason McAteer has put his name forward for the show too.

The sportsman hinted he'd actually already been asked, but things didn't work out "for various reasons".

Speaking to FreeSuperTips, Jason added: "If everything added up, I would take it into consideration.

"I would do I'm A Celebrity, but I've got to be careful if I go onto any of these shows and how I would come across on them."

But he's not too keen on doing the show while it's still in Wales, as it's too close to home and he wants "something more exotic".