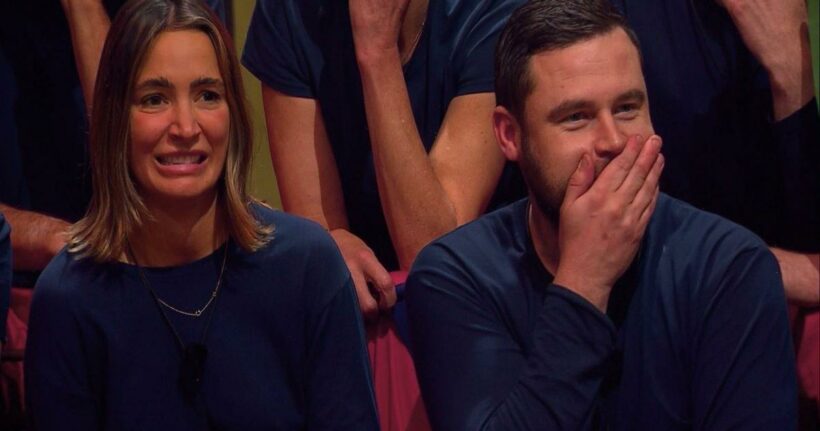 Want all the hottest soap gossip? Share your email to get news, interviews, spoilers and more from the Daily Star

Frankie Bridge, Simon Gregson and Danny Miller are the finalists of popular show I'm a Celebrity… Get Me Out of Here!, with all three of them fighting to see who will land the top spot.

They've had to fight out multiple other celebs to land a place in the final, and some viewers couldn't help but notice similarities in their day jobs.

Frankie often appears on ITV's Loose Women, while Simon Gregson appears on Coronation Street and Danny Miller – who officially left Emmerdale – will still appear on the ITV show for his final scenes.

Many viewers took to Twitter to question why the three finalists all have some involvement with ITV.

Over the many years that I'm A Celeb has been on TV, various stars have won the show who have had no involvement with ITV whatsoever – but it hasn't stopped minds whirring this series.

Taking to Twitter, one user wrote: "Strange how the three finalists are all ITV regulars?"

Another wrote: "So are all three finalists ITV employees then?"

A third fan wrote: "As much as I love all three finalists, I can't help but notice they are all ITV people. Could be seen as a fix. Any of them would make a good winner."

Others were left fuming that David Ginola was the most recent celeb to leave the camp, with bookies previously having him sitting at the top spot.

One wrote: "All the finalists are employed by ITV hmmm! David was robbed!"

David received the least votes on Saturday's show and was ultimately axed from the programme after almost three weeks in the castle.

However, the football star did miss out on a few extra days in the castle after the entire I'm A Celeb cast were evacuated following Storm Arwen.

This is a live TV story and is constantly being updated.

TV & Showbiz reporters are working to source the latest information, reaction, pictures and video related to this story.

Or like our Daily Star Showbiz Facebook page to get the day's biggest stories, and have your say on them.

Why not also subscribe to receive our regular Daily Star showbiz newsletters?

You can do this on this page by simply entering your email address above and hitting 'subscribe'.

Download the Daily Star app for flash alerts on the biggest stories of the day, so you don't miss out.

Why not also subscribe to receive our regular Daily Star news bulletins? You can do this on this page by simply entering your email address above and hitting 'subscribe'.