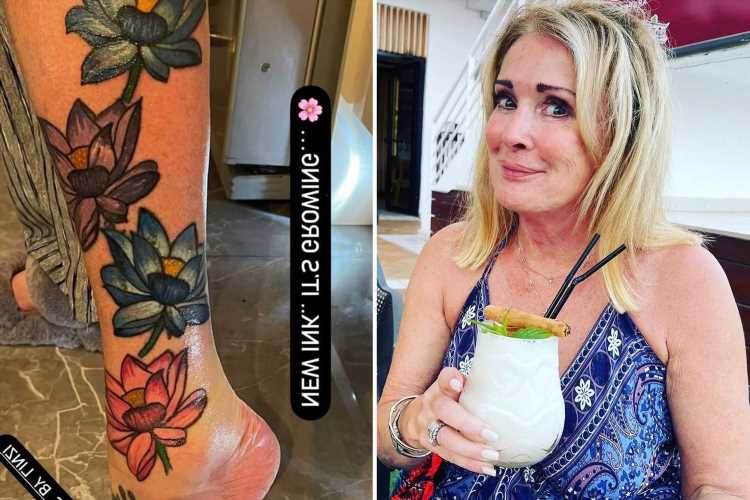 I'M A CELEB star Beverley Callard showed off her HUGE new tattoo 'growing' up her leg.

The Coronation Street legend shared a snap of her latest inking, which showed five colourful magnolias running from her foot and up her right shin to her knee. 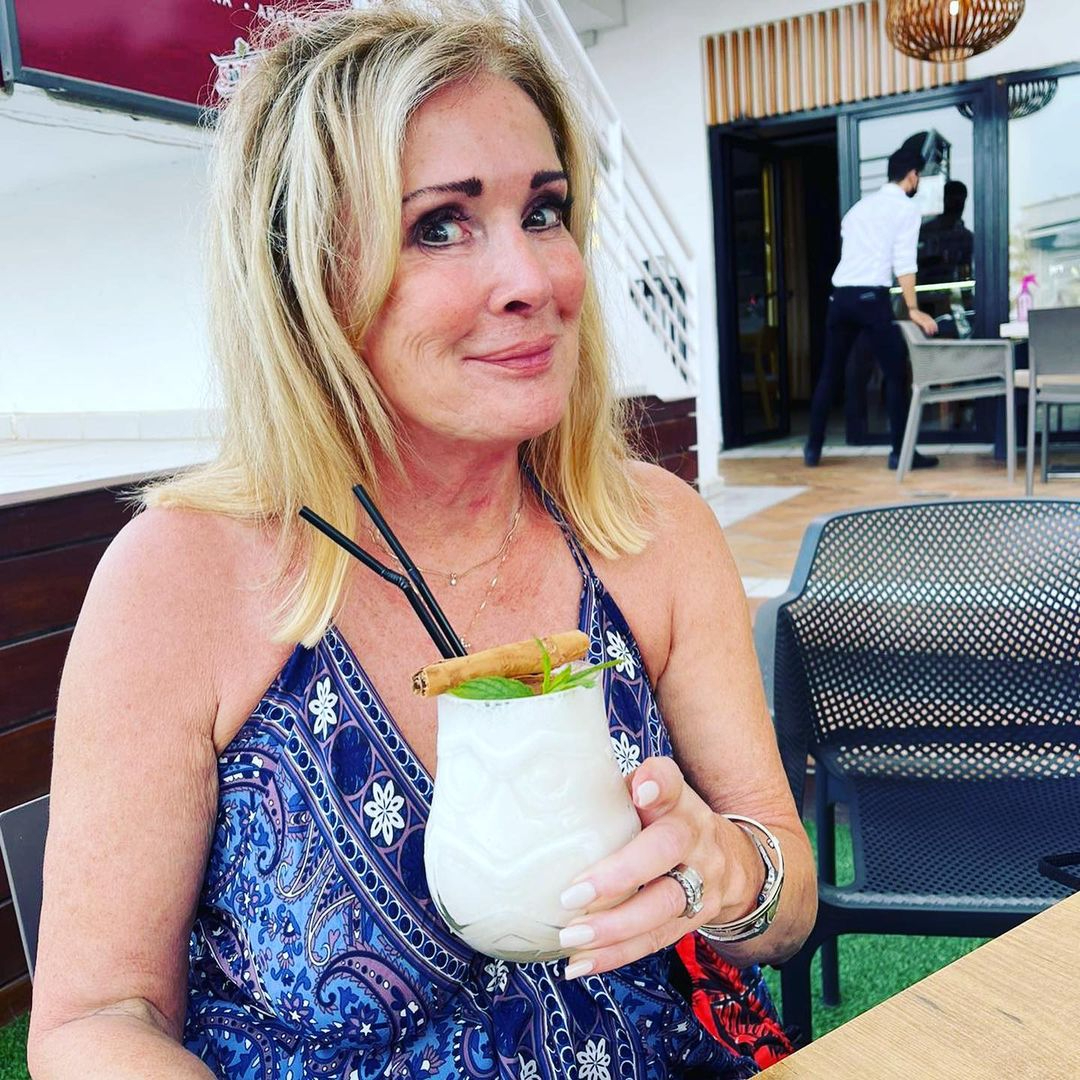 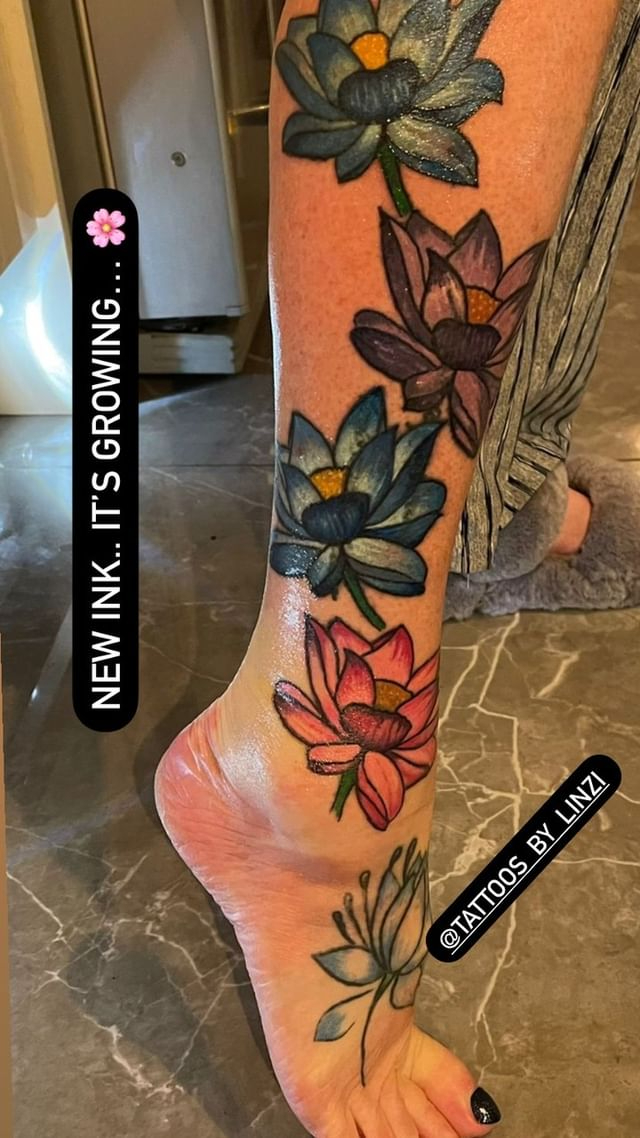 The TV favourite started off the artwork back in December and seemed keen to show off the extended inking, which has now grown from four to five flowers.

Bev is no stranger to getting inked and unveiled her first ever tatt at the age of 59.

The tattoo, which is a tribute to her marriage to Jon McEwan, features tragedy and comedy masks over a music score, with a large red love heart.

In the heart her name and husband Jon’s are scribed, as well as the date 30-10-10 – which is their wedding anniversary.

And it's been a busy start to the year for the Corrie icon as she shared a look at her first acting role since quitting the ITV soap almost two years ago.

FINE DINE WITH ME

The actress, who played Liz McDonald for 31 years, left fans overjoyed as she teased her return to the small screen following an extended break.

Bev, who took part in I'm A Celebrity…Get Me Out Of Here! after leaving Corrie, will star in new comedy-drama series Newark, Newark.

It’s thought that Beverley will play the mum of Morgana’s character Maxine.

Taking to Twitter, the star shared a series of behind the scenes snaps taken as she got to work on Newark, Newark.

Newark, Newark is a three-part series and will air on Gold at a date to be announced.

Set in the East Midlands market town of Newark, the story will follow 'pugnacious chip shop manager and exhausted matriarch, Maxine, as she tries to ride out her divorce and find someone who actually lights her fire'.

This is believed to be Beverley's first acting job since leaving Coronation Street.

She announced she was quitting in November 2019 before going off screen in the summer of 2020.

The soap star was due to appear in the touring theatre show of Thundergirls but it was scrapped due to the coronavirus pandemic.

Beverley instead went on to sign up for the 2020 series of I'm A Celebrity…Get Me Out Of Here!.

It is believed she was paid £125,000 for her appearance. She was the third celebrity to be eliminated from the ITV1 reality show. 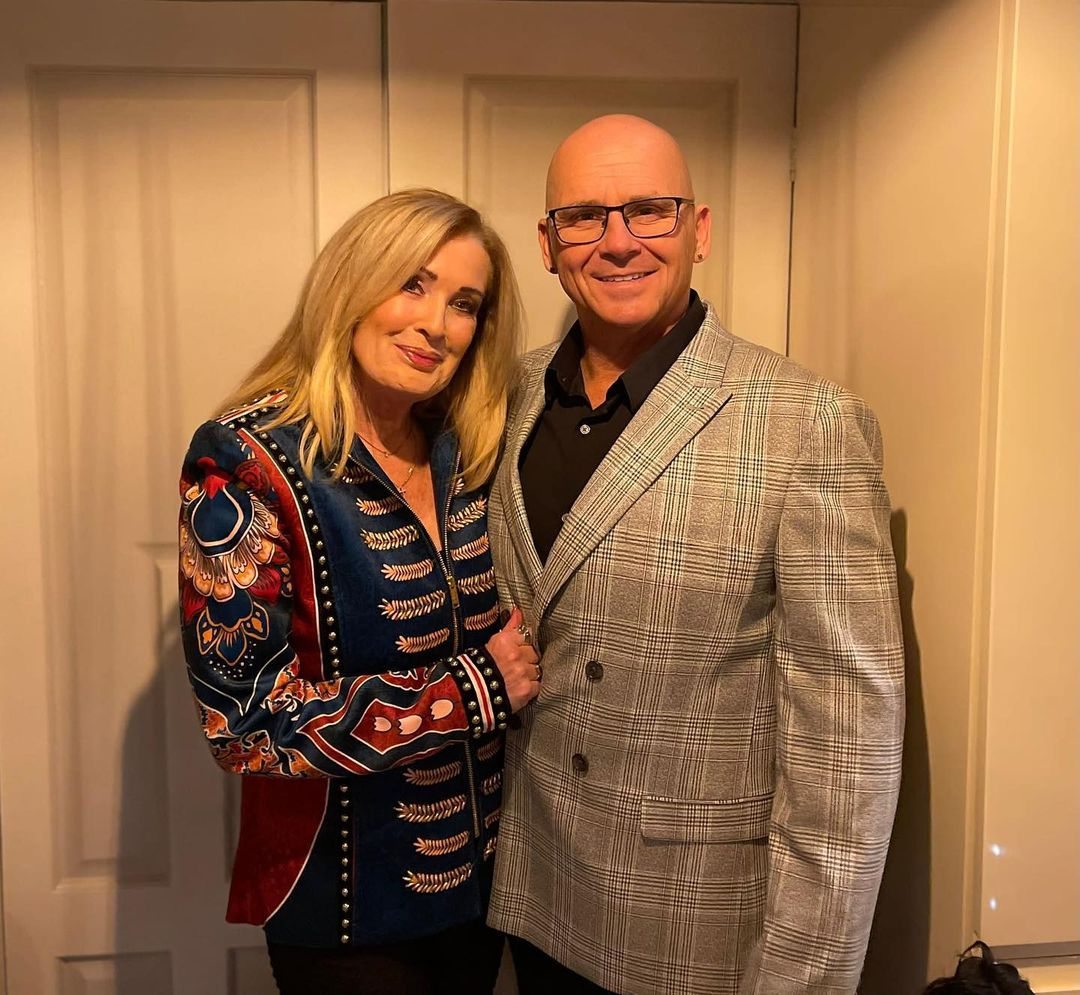