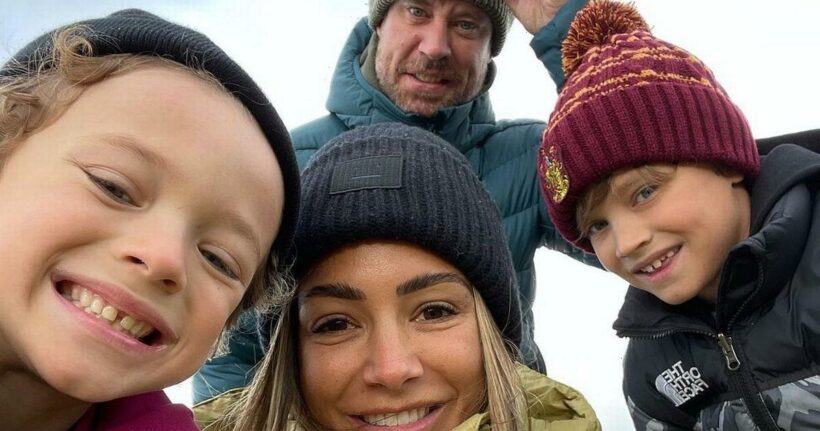 I’m A Celeb’s Frankie Bridge has opened up on how being away from her family is the hardest part of being on the ITV show.

The pop star and presenter is one of this year’s last contestants remaining in the Gwrych Castle camp, alongside David Ginola, Simon Gregson and Danny Miller, as well as the only woman left after the departure of Louise Minchin.

Frankie is married to footballer Wayne Bridge, who she shares two sons with – Parker, eight, and Carter, five – and she admitted she’d struggled with being away from them during her time on the show.

“I’ve never been away from Wayne and the boys for this long before," Frankie explained.

"Being cut off from them, not being able to ask how they are every day, to tell them I love them every day… has been really difficult and probably the toughest part of being here,” she told the Telegraph.

"He’s like my little brother, so I’m going to really miss him. Adam’s been like the best ‘funcle’ ever. I’m sad to see them both go.”

Friends and family of the former The Saturdays star praised Frankie after she opened up on her past mental health struggles on the show last night, 10 December.

In an honest conversation with Matty, Frankie spoke about the time she was hospitalised after a breakdown aged 21 .

Taking to Frankie's Instagram after the powerful scene aired, her friends and family, who are running her page while she competes on the ITV show, praised her for "normalising" the "struggles" people face in life.

Posting a collection of sweet screengrabs from fans applauding the star for being so honest, the caption read: "For when Frank does (eventually!) leave the castle… here’s a very, very tiny selection of people that you’ve inspired, helped & given hope to.

"We are (& will continue to be!) HUGELY proud of how open you are. You normalise the struggles we face. You are stronger than you will ever realise, thank you for being you," followed by a heart emoji.